Pokémon Scarlet and Violet: How To Evolve Pawmo Into Pawmot 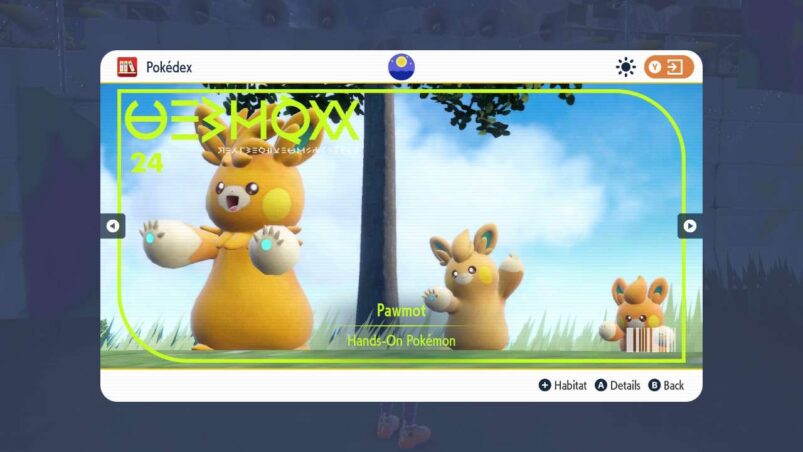 “This Pokémon normally is slow to react, but once it enters battle, it will strike down its enemies with lightning-fast movements.” – Pawmot Scarlet Pokédex entry

Pawmot is an Electric/Fighting Pokémon that makes its debut in Pokémon Scarlet and Violet after evolving from Pawmo, which itself evolves from Pawmi. Pawmot is a unique Pokémon in that it’s the only one that can learn Double Shock, an electric move that discharges all electric from their body, meaning that they stop being of the electric type (in that particular battle) once it’s used.

To evolve Pawmo into Pawmot in Scarlet and Violet, players must walk 1000 steps with Pawmo using the game’s Let’s Go feature, and then level them up.

What this basically entails is making Pawmo the first Pokémon in your party, then using the R button to send them out of their Poké Ball and allow them to walk alongside you when out in the wild. Then, to actually level up, you can press R again to send them out to auto-battle other Pokémon. This method gives you less XP than if you were to battle normally, but does stack up quickly if you’re near bunches of Pokémon.

Don’t forget that you can also use a Rare Candy or Exp Candies to level up if you don’t want to grind, but you will still need to have taken 1000 steps before Pawmo will evolve.

Pawmot can learn a variety of moves in Scarlet and Violet, with the last one being the aforementioned Double Shock at level 60. They don’t actually learn many attacking electric moves themselves, so you may want to invest in some TMs like Thunder Fang and Thunder.