You know what they say about good things and small packages. 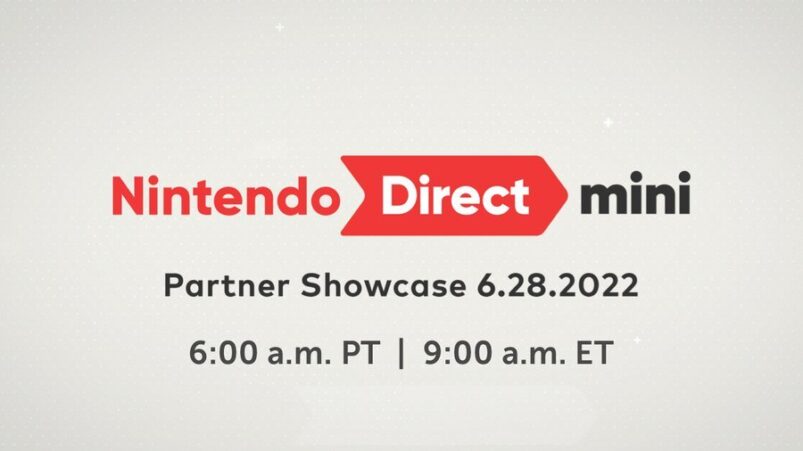 Of course Nintendo weren’t going to let June (or not E3 season if you prefer) go by without some kind of Nintendo Direct, as the Japanese giant have announced that they’ll be hosting a Nintendo Direct Mini to showcase a bevy of new games coming to the Nintendo Switch. Here’s all the information you need to know.

Nintendo Direct Mini June 2022: What Time Does It Start?

The Nintendo Direct Mini Partner Showcase for June 2022 will take place on June 28th, at 6am PT, 9am EST, 2pm BST and 3pm CEST, and will last for roughly around 25 minutes.

Nintendo Direct Mini June 2022: Where Can I Watch It?

Nintendo Direct Mini June 2022: What Will Be Featured?

The Nintendo Direct Mini Partner Showcase will be focused on mainly third-party developers and publishers who will be bringing games to the Nintendo Switch in the coming months. While no games have been confirmed as of yet, there’s plenty of potential games that could appear, including Bayonetta 3. Maybe that’s pure wish fulfilment, but there you go.