NieR Replicant: 5 Things You Should Know

Can it replicate Automata's success? 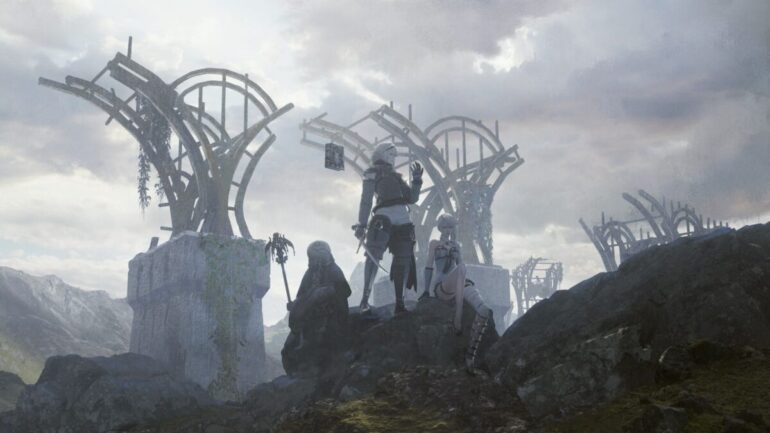 If you contributed to NieR: Automata’s success, you might be familiar with the NieR universe. The franchise is getting a (not exactly) new title in April, and we’ve been showered with teaser trailers and gameplay scenes about it since March last year. I’m talking about NieR Replicant ver. 1.22474487139 — phew.

If you’re a long-time fan of NieR, you’re probably familiar with Replicant. It’s a 2010 game released for the PS3 and Xbox, with the name “Replicant” in Japan, and “Gestalt” in the rest of the world. It wasn’t just the name that was different, though; the two versions had some changed story details and dialogue. In Replicant, the protagonist was a father trying to save his daughter, while Gestalt had a young brother caring for his sister.

Back then, few people knew NieR. Now, after NieR: Automata’s success adding to the franchise’s fanbase, Square Enix, Toylogic Inc. and Yoko Taro are building a new Replicant. According to the devs, it’s not a remake, nor a remaster, it’s a “version up“.

Here’s what you should know about NieR Replicant, which launches this April.

The new Replicant will get more content added on top of the old. That includes new voiced dialogue, possibly with new scenes and even a new ending, which means we might get a changed Replicant story. Some of the old dialogue lines have also been modified a bit. Not everything is new, though, as some of the original game’s English voice cast will be present.

If you’re familiar with Replicant’s characters, you probably remember the hot-headed warrior, Kaine. In the new Replicant, Laura Bailey still voices Kaine, and she’ll be shouting new and old foul-mouthed lines with even higher quality. The same goes for Liam O’Brien, who still vocalizes Grimoire Weiss, the deuteragonist talking book.

The Japanese voice cast, on the other side, will get the voice actor from NieR: Automata’s 2B, 9S and A2, but we don’t know what role they’ll be playing. While some speculate Automata’s androids will make an appearance in the new Replicant, that’s highly unlikely, and anyone who’s knowledgeable of the NieR timeline will know why.

2. There Is A Timeline Of Games

If you already knew all about NieR before Automata, then you most likely know which game comes first, and which comes last.

But, if you just recently discovered the franchise, you probably don’t know how things work in this strange, almost surreal universe.

To explain how things started, we have the first Drakengard title from 2003, which takes place in a fantasy world. In that game, there was a secret ending in which the protagonist and his dragon companion get sent to modern-day Tokyo, and they kill a huge goddess there before being shot down by a fighter jet. Yeah, I know.

After that event, it seems mankind plunged into a spiral of misfortune, mostly caused by the interdimensional confrontation from Drakengard. A seemingly incurable disease, called the Black Scrawl, and monsters, called Shades, plague the world.

NieR Replicant opens up just as the apocalypse is dawning, but after the opening scenes, the game moves on to more than 1,300 years later, when humanity isn’t exactly extinct, but also not exactly sprawling, either.

Then, some thousands of years into the future after one of Replicant’s endings, we begin NieR: Automata.

Long story short, the games are in the following order, from first to last: Drakengard’s ending, NieR Replicant, and NieR: Automata.

3. Combat Will Be Improved

Drakengard wasn’t known for having amazing combat, but Cavia, the old Replicant’s developer, had better results with NieR. It had lots of blood, and attacks that connected to the enemies gave off a really satisfying feeling. Despite that improvement, the original Replicant’s combat was still lacking in some aspects.

In NieR Replicant ver. 1.22, combat will have more flow. Players will be able to use melee and magic attacks at the same time, like in the old Replicant, but many spells will now be usable and chargeable while moving. That makes for much more satisfying combat, and we can rest assured that gameplay will be more action-oriented, even more so with the old Replicant’s dodging and parrying, now faster-paced in the new game.

It’s possible that Square Enix and Toylogic are giving a certain focus towards action and combat mostly because of NieR: Automata’s success in those areas.

4. The Soundtrack Will Get Some Work

The old Replicant had an amazing soundtrack, but the new one will get even more auditory symphonic fun.

The original soundtrack was re-recorded with higher sound quality, along with some extended tracks. And, since the game will get new content, there will be new music as well.

Of course, it could be that, along with the new recordings, some old songs lose their original essence. Maybe that doesn’t really bother people who never played the old Replicant, but it might not look well for longtime fans seeking nostalgia.

Keiichi Okabe will be in charge of pleasing our ears, along with Emi Evans’ vocals. That’s some of the people who were in charge of music back with the old Replicant.

5. There Won’t Be A “Dad Protagonist” Version, At Least For Now

Back in 2010 when the original Replicant was released, there were two versions: Gestalt in Japan, for the PS3, and Replicant in the other parts of the globe for the Xbox 360.

Gestalt had a young protagonist looking to save his sister, while Replicant had an older, middle-aged protagonist doing the same for his daughter. Therefore, they became known as “brother” and “dad” protagonist versions.

Back then, it was thought that each version’s main character had more appeal to their respective audiences (Asian for Gestalt, and Western for Replicant). Now, though, it seems there aren’t such beliefs anymore, because the new Replicant will only get a young protagonist version. That is, unless the new Replicant sells at least half of the 5 million copies Automata sold. The devs seemingly promised – or just joked – that if Replicant gets that much of a success, they’ll release a Dad Protagonist version for the new title.

Although the story might be a bit strange, or sometimes even resemble a joke, NieR has deep philosophical questions contained within, and an ambience that will leave you immersed in the game’s surreal setting. So, if you’re new to the series, it might be wise – and fun – to get to know more about the franchise’s background before delving into Replicant version square root of 3 divided by 2.

The new NieR Replicant will launch on April 22nd in Japan and April 23rd globally for PS4, Xbox One, and PC.

READ NEXT: Games of the Generation: NieR: Automata