Games of the Generation: NieR: Automata

"DO YOU THINK GAMES ARE SILLY LITTLE THINGS?" 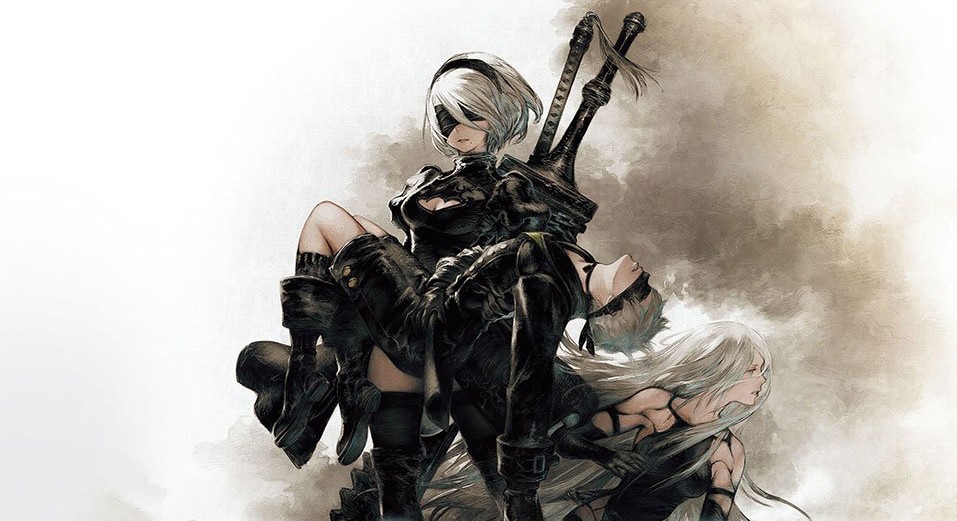 With the PS5 and Xbox Series X | S looming, we’re taking a look at the games that have defined this generation of gaming. Next up: the game that asked you 2B or not 2B.

2017’s NieR: Automata is a video game that made me cry. To date, it is the only game to make me cry. But it succeeded in breaking me down, and has stuck in my mind every day since I saw the final credits roll.

NieR: Automata is, at its simplest, a game about looking for meaning. Over the course of multiple playthroughs and story routes, you control 2B, 9S, and A2, all androids trapped in an endless war against an opposing army of machines.

Your androids are fighting on behalf of humans who have forsaken Earth for safety on the moon, while the “evil” machines are fighting on behalf of alien invaders. Of course, this premise soon begins to unravel, and before you know it just about every word in the previous sentence ends up being a lie. It’s all very operatic, and at times very silly, but it is also one of the most profound expressions of existential angst and fear I’ve ever witnessed in any medium.

There are a lot of things that make NieR: Automata so effective — from its chaotic and exciting combat that makes you feel like you’re in the center of a hurricane, barely hanging onto control, to its absolutely beautiful soundtrack, to its dense philosophical ideas that pack meaning into every moment.

Plenty of games can name a character after a historical figure and call that subtext, but when NieR: Automata names a character Pascal, it’s not content with you “getting” the reference. The game wants you to dive into set-pieces built around ideas like religious zealotry, inherited trauma, and the artifice of gender — my personal favorite, as it gives us Simone: the robot that went so mad trying to romance another machine that she cannibalized other machines to build herself a “beautiful” body. (Side note, this fight also has my favorite song in the game.)

NieR: Automata, being about the pain of existence and how none of us are in control of the worlds we’re born into, absolutely earned its tears. This is a game where, without getting into spoilers, terrible things happen, again and again and again, and the characters, and by extension you, are expected to just keep going. Time and time again, across the game’s four “endings,” a bleak hopelessness threatens to swallow up the game’s narrative. Some might even argue that it does, and they’d be able to make a very strong case.

However, the game’s “true” ending, which comes after completing the other four main story paths, is where NieR: Automata reveals its true heart underneath all the torment: The truth behind this final sequence is something I won’t spoil, but it is the most emphatically hopeful sequence in modern gaming, without feeling cheap or saccharine.

NieR:Automata makes you earn your happy ending, as much as it might hurt to pull yourself over the finish line. For all the pain you’ve been through, and all the pain you’ve put the characters through, the game ultimately rewards you. It doesn’t say the suffering was justified, but it does argue the suffering has made you worthy of some light at the end of the tunnel. That light, and the song that goes with it, is nothing short of sublime.

NieR: Automata is a story that I would have taught in schools. It asks questions about the nature of faith, the meaning of life, the value of labor, the plight of the working class, the struggles of gender roles, and the ethics of war — what’s more impressive is that it succeeds in juggling all of these massive themes. NieR: Automata is like Halley’s Comet: passing by once in a lifetime, and we may never see a game like this again, but how lucky we are to have caught this one.

READ NEXT: Games of the Generation: Sayonara Wild Hearts