June's shows rattle the bars of their cages. 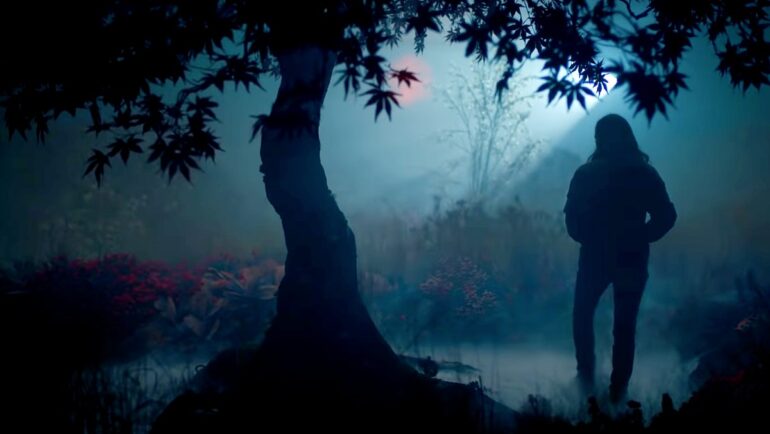 Summer is here, and with it yet more prestige television. Among the new TV shows of June 2021, there’s a weird tendency towards long-suffering wives suddenly having their unenviable living situations thrown into sharp relief in one way or another. There is, perhaps, a little bit of the zeitgeist at work here, knowing that after the past year or so, we’re all of us inclined to feel a lot of sympathy for anyone who finds themselves trapped in place.

A setup seemingly ripped from the headlines – oh, there’s a horrible plague, and political strife, and the job market’s a crapshoot, you know the drill – suddenly takes a wild left turn when human-animal hybrids are thrown into the mix. Despite the trailer selling this as something that’s obviously some kind of miracle, it also makes much of the awful people who see these hybrids and immediately want to wipe them out.

Although it’s based on a comic book, Sweet Tooth appears to be trying to steal a march on the much-anticipated TV adaptation of The Last Of Us. A dear little child and their surly protector who deep down has a heart of gold traverse a post-apocalyptic world in search of safety? Why don’t they just have them cross over and be done with it?

Some anonymous wag once rightly said that the advice to ‘write what you know’ is why we’ve had to suffer so many novels about English professors contemplating having affairs. Stephen King is at the very least some kind of baron or duke of this trend, with the act of being a frustrated writer practically inviting something horrible to happen, and when his many, many, many protagonists go mad it’s as likely as not to have something to do with all those hours staring at that blank page.

In Lisey’s Story – originally a King novel, with King himself in charge of this adaptation – the famous author is at least conveniently dead. Julianne Moore, as the dead man’s wife, has the unenviable task of trying to piece together all the hitherto-unknown details of his life. Given that King’s early period was fuelled almost entirely by cocaine and clear liquor, who knows what skeletons that could turn up?

Marvel’s complete global saturation of the media remains on pace. And of course, your serious fans won’t need me to tell them Loki’s coming up. They’ll have had the date etched in stone for months already, eagerly awaiting their next glimpse of Tom Hiddleston’s pretty little face.

Loki is far from the first villain to become so popular they ended up being rehabilitated slightly getting adventures of their own, but his have the advantage of being pushed by the hell-nexus of Marvel and Disney – and will, presumably, have a few confused Norse mythology enthusiasts tuning in as well.

Loki’s very own tv show comes from Michael Waldron, who’s written for both Community and Rick and Morty, that well-known corruption of Back to the Future – which is perhaps appropriate, since the concept here is Loki skipping about through important historical events and messing with causality. So imagine Forrest Gump, only with more eye-candy.

Awash with neon and featuring so many leotards it’s like watching a spandex army on the march, to catch a first glimpse of Physical you might think that Netflix’s prematurely departed lady-wrestling drama GLOW got recommissioned. Although not directly based on fact like GLOW was, this was the point in history when videotape first hit the market – and more importantly, the workout video became huge.

Rose Byrne (lately known for her starring role in Mrs. America) leads the cast as Sheila Rubin, the unhappy wife of a political candidate for whom discovering aerobics is a game-changer. According to the press release: “behind closed doors, Sheila has her own darkly funny take on life she rarely lets the world see” – that is to say, for the benefit of any cameras that might happen to be filming her fictional life.

Off the back of everyone suddenly noticing that Schitt’s Creek is actually quite good, Annie Murphy returns in this satire of the multi-camera sitcom format as the incongruously attractive wife of wacky live-action cartoon character Kevin. Isn’t it funny how he likes beer and sex? Isn’t it? Isn’t it? The audience are laughing, so why aren’t you?

Living in the world of a sitcom would drive anyone insane, and this goes double for the perennially under-served role of daughterwifemother, relegated to either sassily rolling their eyes, being the voice of reason, or sometimes both. It’s a tradition that is wide open for mockery. There again, if sitcoms ever evolve much beyond that it’s usually some form of ‘she feels underappreciated and snaps’, just as it seems Murphy’s role is here, so Kevin Can F**k Himself is on thin f**king ice.