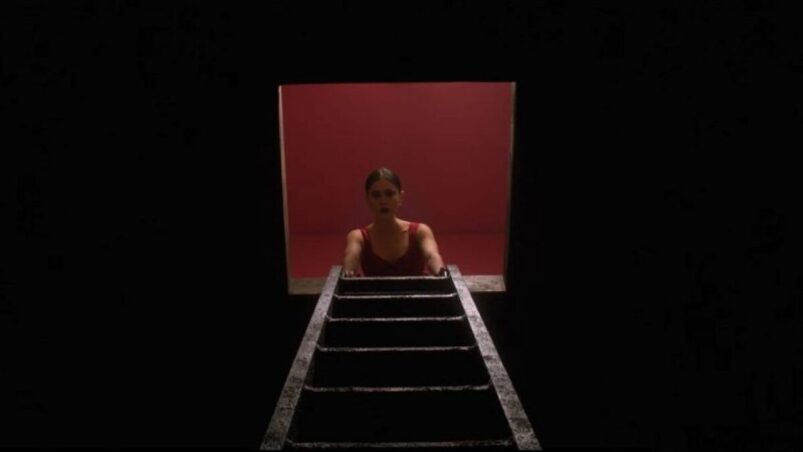 Just as Marvel have settled into being a semiregular fixture at the cinema, now they’ve fully inveigled their tentacles into the realm of television as well. And they have the budget to at least try to make it good, their success or failure is basically immaterial, it’s going to be watched anyway. This month’s offering, at least, is something a bit more experimental than the usual ‘adventures of this becaped person’ – oh, and other television shows still exist, too! Here are the biggest new TV shows of August 2021.

Despite the title, it’s not quite Reservoir Dogs with a bunch of Native American kids in the lead roles – but it’s not too far away, either. And I’m fully prepared to eat those words if the finale turns out to be an incredibly bloody diamond heist which goes badly wrong.

The teenage main characters, stuck in rural Oklahoma, are desperately trying to scrape up enough money to run away to the comparative idyll of California, and don’t have that many qualms about how exactly they raise it. In practice, this appears to mean stealing – anything that isn’t nailed down, which might come off as problematic in tone if you forget about the many, many, many beloved thief characters through the history of literature and media.

Created by Sterlin Harjo and Taika Waititi, whose film Jojo Rabbit proved him more than able to make properly dark-edged comedy with plucky kids, Reservation Dogs might well prove to be something like Trailer Park Boys with an escape route.

There is a long history, in the comic medium, of ‘imaginary stories’ (as Alan Moore quipped, ‘aren’t they all?’) – usually an excuse for, say, Spider-Man to reveal his secret identity, or for Iron Man and The Hulk to finally kiss, with an out at the end to avoid dealing with the consequences. ‘It was all a dream’, ‘they were actually robots the whole time’, ‘it took place in a parallel universe’, all these are very useful sentences to the budding scribbler.

What If…? brings those sorts of wacky hypotheticals to the television. Per the press release, it will explore the what-ifs of Peggy Carter taking the Super Soldier serum, Steve Rogers putting on the Iron Man suit, and T’Challa becoming Star Lord, among others. Whether they’ll go much beyond character mad-libs and get into in the kind of silver age lunacy for which imaginary stories are better-known remains to be seen.

As something that’s ultimately a comic book adaptation, What If…? comes full circle, in that it’s an animated production rather than the MCU’s usual live-action. It’ll have the voices of all your favourite MCU actors – including archive recordings of the late Chadwick Boseman, speaking from across the veil. What, you thought they would let him rest with dignity? He belongs to Disney now.

Rosa Salazar, best known from her role as CGI anime-creature in 2019’s Alita: Battle Angel, stars in this horror adaptation as an aspiring film director who sees her project going badly off the rails in what is ironically quite a cinematic way.

Brand New Cherry Flavor doesn’t look like your ‘slasher comes after teens’ kind of horror, but the kind where everything’s a bit surreal, right down to casual conversations. Between some of the trailer’s very Lynchian shots, and a man wearing the Beetlejuice jacket, it seems like a project which if not reference-heavy then is at least happy to nod to other works.

The press release describes Brand New Cherry Flavor as a “hallucinatory rabbit hole of sex, magic, revenge – and kittens”, but lest that last detail seem too cutesy, we do see them in the trailer feasting upon a dead dog. Neither horror nor Hollywood have ever been subjects which should be burdened by an excess of sentiment.

A crime drama with a twist, this time that it takes place in one of the most comparatively under-used settings TV and film have ever known – Berlin in the period immediately after World War II.
With the city rendered largely into rubble and split into four occupation zones (a similar backdrop to that noir classic The Third Man), things are chaotic enough as it is. So how are you meant to investigate a crime there?

Leading the cast are Taylor Kitsch, Logan Marshall-Green, and Nina Hoss. Kitsch’s American cop has come to both clean up the town, keeping a particular eye on Sebastian Koch’s traditional evil German doctor, and find his missing brother.

5. Only Murders In The Building | August 31st

To hear the media tell it, the rarefied atmosphere of a New York apartment building seems absolutely bizarre – people who seemingly cannot function in real life, yet also can afford extravagant rent payments despite seemingly doing nothing all day. Only Murders In The Building brings this to its logical conclusion when a tenant is killed and three others take it on themselves to investigate the case while also making a podcast about it.

At the centre are comedy-duo Steve Martin and Martin Short, who are either playing an elderly couple or have badly misjudged how their chintzy scarves come across onscreen, backed up by token woman Selena Gomez. The three are playing characters who are already true crime fans, hence part of their plan being to make a podcast.

Obviously full of glossy production values, and having roped in a few big-name guests, Only Murders In The Building looks to be something like a variety show. As the main characters go around the building investigating, the question is not so much ‘how does this tie into the case?’ as it is ‘what’s behind this door?’. In at least one case it’s guest star Sting, or ‘the guy from U2’ – the trailer’s main big punchline.