It's been too long since the last Superman game. 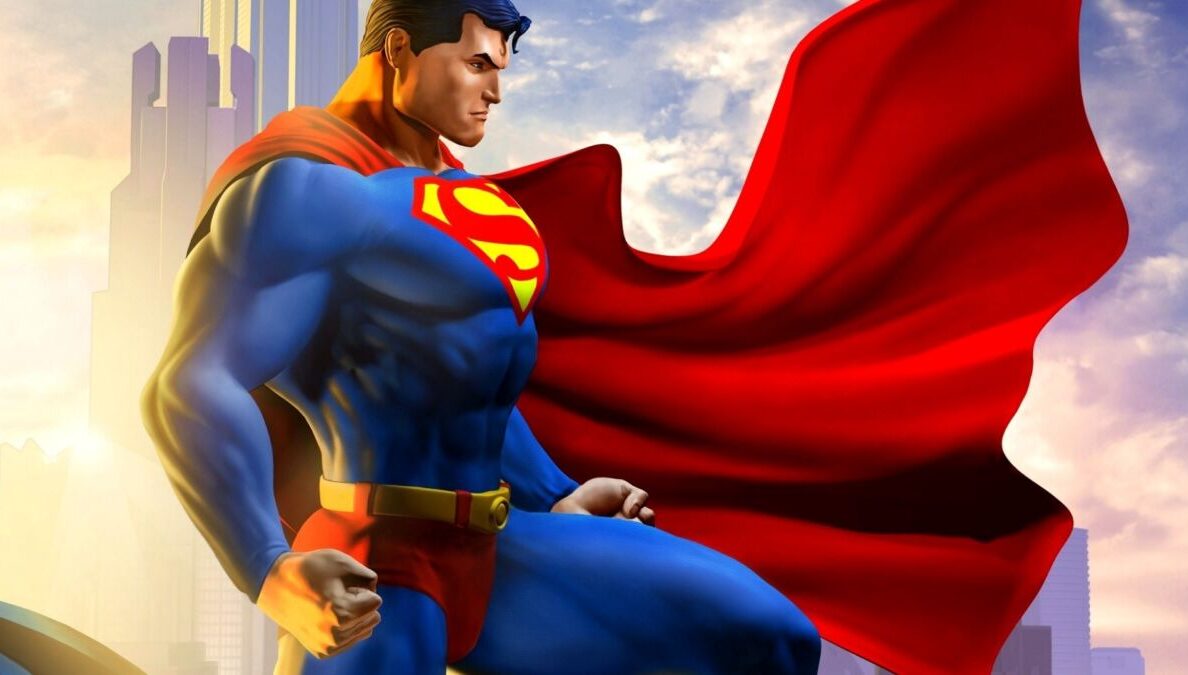 In early September 2021 as part of a State of Play, Insomniac Games announced two new upcoming superhero games, the first a sequel to the critically acclaimed Spider-Man, and the second an unexpected standalone focusing on beloved favourite, Wolverine. With excitement at a fever pitch, it felt an appropriate time to suggest four famous properties that could make great superhero games in the future, and not just for Marvel either.

In the last few years, the rights for The Fantastic Four have returned to Marvel, with Jon Watts of the MCU/Sony Spider-Man trilogy crossover announced as the director. However, the three previous attempts at creating a Fantastic Four movie (four if you include the Roger Corman debacle) have been wildly unsuccessful, with either Tim Story’s duology being deemed too childish and light or Josh Trank’s painfully dark attempt at a comic book movie seemingly ashamed of comic books. Because of this, general audiences are probably reluctant about any future films about ‘The First Family’ regardless of Kevin Feige’s connection.

The Fantastic Four have always succeeded in comics for two reasons: the importance of their family connection, and being explorers. Whether travelling to the bottom of the oceans, the far reaches of space, or through interdimensional doors, the titular four could be the comic book version of Doctor Who, with completely different genres and stories in every adventure.

One option could be an open world video game that could allow the player to choose between locations on Earth, or even expanding their adventures into space or other dimensions. This offers a variety of options for fans, and combined with the ability to alternate between all four characters possessing different strengths and weaknesses, it could help entice audiences to the upcoming films. What they must avoid is the mistakes of the tie-in games for Tim Story’s films, often repetitive and unimaginatively bland.

In March of this year, Robert Kirkman of The Walking Dead fame had his other famous comic book, Invincible, debut on Amazon Prime as an adult animated superhero show. In less than two months, Amazon announced it had renewed the show for two more seasons, capitalising on the popularity the show had garnered in a short period of time. Due to its gory violence and charming characters, the series has proven itself the perfect mix of the earnest excitement and shocking consequences.

Invincible focuses on the transformation of half-human Mark Grayson from a normal teenager into a powerful superhero, and that’s the perfect premise for a video game.

Similar to the development of Lara Croft in the 2013 video game Tomb Raider, this adaptation could allow the player to develop Mark into a superhero, training up his strength, flight and durability while battling against a range of villains. The game could also potentially be about developing your character to the point that you’re able to join Teen Team, work alongside Robot and Atom Eve, and then become a member of the Guardians of the Globe, perfectly setting things up for a possible sequel.

The Defenders originated as a spin-off from the Marvel Cinematic Universe based on Netflix. The original announcement that the characters Daredevil, Jessica Jones, Luke Cage and Iron Fist were all to appear quickly excited audiences. Unfortunately, despite the tremendous excitement and appreciation for the characters, there were mixed reactions at times due to issues with pacing and seemingly being ignored by the MCU.

A video game focusing on the cast of The Defenders could eliminate any pacing issues, having each main hero useable as they battle their own villains (i.e. Killgrave, Bullseye, Cottonmouth, Elektra, Nobu, Diamondback, Bushmaster, Bakuto, Billy Russo) before culminating against The Hand and Wilson Fisk.

The best part is that each character that the player controls could offer a different video game style: Daredevil as a gritty close-quarter combat ala Batman in the Arkham Trilogy, Jessica Jones as a noir detective mystery in the vein of Mary Jane Watson in the PS4 released Spider-Man, Luke Cage as a Kratos style beat ‘em up frenzy, Danny Rand’s Iron Fist as a combo martial arts fighter akin to Mortal Kombat and Frank Castle as a Call of Duty first person shooter (not an original Defenders character but a spin-off from the initial four series). This doesn’t include the incorporation of popular break-out characters such as Misty Knight, Elektra Natchios, Trish Walker and Colleen Wing as well, opportunities that the MCU didn’t get the chance to take advantage of.

Probably the best comic book series that you aren’t reading right now, Saga originated from the imagination of Brian K. Vaughan, known for Y: The Last Man, Ex Machina and Runaways. Saga is an epic space opera fantasy, one that Vaughan admitted he didn’t think could be adapted to other media — but he probably didn’t mean video games.

Focusing on Alana and Marko, a husband and wife from two warring races who escape a galactic war to protect their newborn daughter, Hazel, the scope of entire galaxies within Saga offers a sandbox of opportunities.

Whether having to protect Hazel while making sure she’s fed and watered, surviving gun battles with soldiers, swordplay with bounty hunters, sneakily escaping prisons, or being chased on foot and in space, the range of gameplay possibilities could be fantastic. Combined with gorgeous graphics of unique worlds and grotesque aliens, the world building of Vaughan and illustrator Fiona Staples creates a Star Wars for the modern generation invested in the complexities of Game of Thrones and The Sopranos.

While in the last ten years there have been video games that featured Superman, the last game to allow fans to play as the Kryptonian in his own adventure was fifteen years ago in 2006. Considering the character has appeared in multiple forms of media in recent years (Zack Snyder’s DC Universe, multiple Warner Bros Animation DC movies, and television’s Arrowverse, to name just a few), a spiritual sequel to the Arkham series is perfectly primed.

If set in Metropolis, the game can incorporate Clark Kent in an investigative manner akin to Mary-Jane Watson in Spiderman or Batman’s Detective Mode, and multiple sidequests where Superman tackles bank robbers and gangsters (Bruno Mannheim and his Intergang, for instance). Having new powers gradually unlocked as Superman faces bigger challenges can prevent accusations of overpowering, especially as mini-bosses could feature lesser known antagonists such as Livewire, Mercy Graves, Parasite, Silver Banshee and Toyman. This might even allow the creators to save main villains such as Bizzaro, Brainiac, Darkseid, Doomsday and General Zod for sequels.

READ NEXT: Never Mind Venom In Spider-Man 2, Show Me Kraven