Animal Crossing’s Fauna Is a Being of Pure Light

Fauna is an agent of God, there's no doubting it. 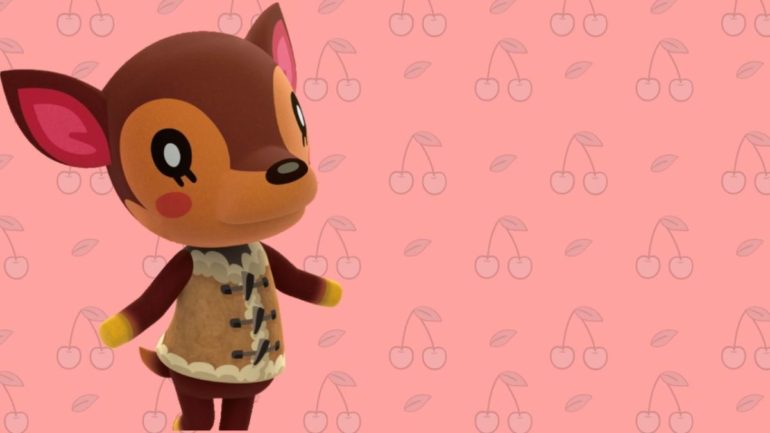 You may think that Raymond is the best villager in Animal Crossing: New Horizons with his Bowie eyes and smart casual outfit. Wrong. You might believe that Judy, cosmos eyes and bubblegum fur and all, is the game’s brightest shining light. Also wrong. Fauna, the simple deer with no fanciness about her, is New Horizons’ undisputed MVP.

I have never been the religious type, but I truly believe Fauna was an angel sent to me to make my Animal Crossing experience the best it could be. Every other villager is swatted away like Snowball II obscuring the view of something far cuter when Fauna comes into eyeshot. Yes, Graham, you have a lot of sass stored in something so small, but you’re still not Fauna.

I encountered Fauna really on, perhaps the fourth or fifth villager that was randomly invited to my island by Tom Nook. I could kiss the weirdly mellowed out tanooki on the head for such a choice. He may have brought me communism and capitalism rolled into one confusing package, but he also brought Fauna as well, so that balances things out a bit.

Fauna is a “normal” type villager in Animal Crossing, meaning that she is not either egotistical, lazy, or just an asshole like any of the other freeloaders on my island. In the Animal Crossing world, apparently “normal” just means “a decent person”. She is always kind, always willing to give me clothes (usually a baby romper, maybe she’s not that normal), and always calling me dearie — and then later also biscuit. No, Rex, you delinquent, you cannot call me it, too. Call me Iron M.

She can also sing. Well, not really. But she puts herself out there. That’s what counts.

Fauna is just generally a go-getter with her waking up at 6am each morning to water all of the plants she sees. I haven’t watered anything in a month, I know Fauna has it covered. On the occasion where I accidentally hit her with my net or have to nudge her out of the way, I feel as guilty about it as if I’d stepped on my pet by accident.

She’s also yet to have a disagreement with any of the other villagers. If the programming was there, I bet she would try to break up fisticuffs between Miranda and Tammy, or hold me back from dropkicking Redd for selling me a fake painting. Maybe because she’s such a great friend, she would even help out in the kicking. She’s just that good an egg.

I think my appreciation of Fauna comes down to how she kind of sums up the Animal Crossing experience as a whole. She’s sweet, wholesome, and is there when you need her. Fauna and the rest of the villagers, as much disdain as I have for them sometimes, give me the perfect opportunity to escape from what’s going on right now.

Animal Crossing: New Horizons, which is out now exclusively for Switch, will likely be your next obsession. From our review: