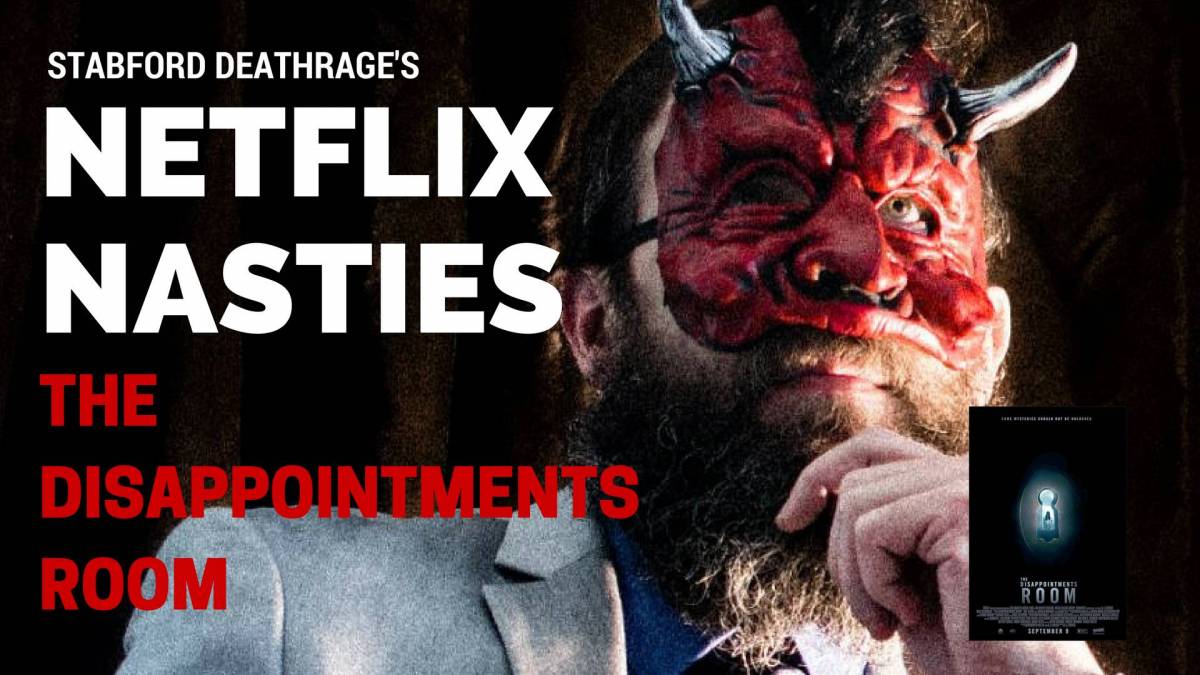 On a dark and stormy night, Kate moves her family into an inexplicable, labyrinthine English manor located in North Carolina, which seems much larger on the inside than out. Kate is supposedly playing an architect, and by that I mean she often looks off wistfully into the distance, takes snapshots, appears as though she’s just gotten back from the beach, and doesn’t really architect that much.

After some unpacking and other boring stuff, a dog turns into a wheelbarrow, and her son talks to a cat.

The newcomers head into town to confront the locals’ sense of gender roles, I mean, attempt to buy ice cream from a offensively stereotypically “Southern” woman who’s never heard of female architects in a clunky scene meant to introduce an even clunkier younger side-dude handyman and overt product placement, and it confounds. #KrispyKreme

Up until this point, I was fairly convinced Kate Beckinsale was playing a photographer. Huh.

While wandering about the estate, Kate spies a suspicious light in an attic window, and says that the room doesn’t seem to be on the blueprints that will make a cameo appearance several scenes later because architect. Upon searching for this room, she discovers a bat-filled chifforobe blocking a locked door because it’s in the script. Unconcerned with either rabies or contracting a horrible lung disease from bat guano called histoplasmosis, she searches the bat-filled chifforobe for the key to the door. She gets conveniently locked in by spectral forces, resulting in a flashback and time slip, which isn’t particularly interesting.

Fun Fact: The room is called a disappointments room because some prominent families imprisoned their special needs relatives in a hidden room of the house to avoid embarrassment, which sometimes resulted in the mistreatment and death of the relative. Since it’s a fascinating subject and an enormously sad, real-life, historical bummer that would have added depth to a shallow script, it’s only touched upon.

Since this movie has to wrap up sometime, Kate has dreams of tragedy. She awkwardly smokes, gets awkwardly hit on by the prospective handyman, and awkwardly washes her hands.

Suddenly, an absurd dinner party and grave exhumation montage occurs which results in a murder by shovel. Or does it? I don’t know, and don’t really care that much. Just as the movie starts going somewhere as Kate endangers her young son by enthusiastically murdering a ghost in his bed with a hammer, it ends. Or does it?

Now, you might grumble about the fact that I gave a mild spoiler, but ask yourself, if there wasn’t an enthusiastic ghost murder by hammer, would you watch this film? It’s the one of only two scenes keeping this film from being broadcast on Lifetime.

And can one actually murder a ghost with a hammer? And are ghosts skulls often filled with blood? Well, you’ll have to watch it to find out, but I recommend skipping it because you’re going to be very disappointed if you do. Here’s a thought: You could watch Cold Comfort Farm instead.

Vividly colorful and stylishly shot, with themes of madness, hallucination, and paranoia, and a grisly paranormal hammer murder (or is it?), The Disappointments Room strives to be a southern giallo, but misses the mark. Slowly paced, it picks up speed after the montage, and abruptly and unsatisfyingly ends. The story touches on some interesting history with the plot point of the disappointments room, but does very little with it. Kate is haunted by a tragedy of her own, which seems to make her a prime victim for the paranormal happenings (or does it?), but the reveal and explanation is tacked on the end. Kate looks off wistfully into the distance a lot, and her hair is expensively beachy and tousled. She doesn’t say much, and seems to do architect stuff in her spare time when not having a nervous breakdown, but when she does, she’s spontaneously and unconvincingly spouts verbiage about roofing.

The Disappointments Room is a film of missed opportunities. It’s certainly not the worst thing I’ve seen, but definitely earns its 0% rating on Rotten Tomatoes.