Make the Case: 5 Movies Where It’s Too Damn Hot

You ever just been too damn hot? 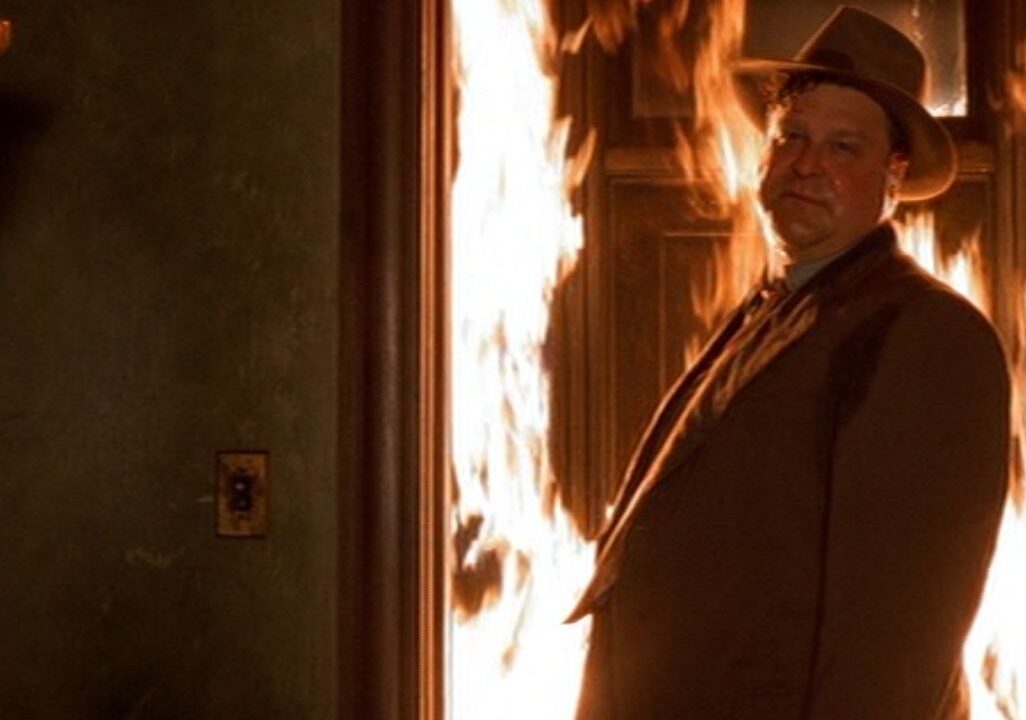 Have you ever watched a movie set during a brutally hot day, and it also happens to be brutally hot wherever you’re seeing the movie? Ever gone to a movie in a theater where the air conditioning suddenly takes a turn for the traitorous? Hopefully, you’re watching something set in the dead of winter when that happens.

The human imagination can only do so much. At the end of the day, no one really wants to watch people suffering through oppressive heat during a day where the heat off the sidewalks makes taking a dog for a walk something close to animal abuse.

Still, whether you’re in relatively or actually cool surroundings, or if you’re just someone who wants to watch movies where the characters are just as miserable as you, there are a great many films in which the temperature is just as important a character as any living creature on the screen.

The higher the temperature gets, the more important the heat becomes as something that drives the characters, their circumstances, and sometimes even our ability to empathize with them.

As we go through this selection of 5 movies where it is just too damn hot for everybody involved (the weather has to actually drive or influence the story to qualify), I hope you’ve got a strong fan and a cold drink on hand.

For some of these characters in those stories, those things are a profound luxury.

Legendary director Sidney Lumet (Serpico, Network) seemed to have a talent for, among other things, making us feel the wretched summer days his characters inhabited right down to our own DNA. For further evidence of this, check out the flawless Dog Day Afternoon.

For 12 Angry Men specifically, the story of 12 jurors who argue the fate of a young man on trial for murder, Lumet keeps us in one room. It’s a hot day. There is nothing close to relief in that small room in which the jurors find themselves weighing a human life. The increasingly unpleasant atmosphere lends itself well to the rising tension of the arguments, and of the lone juror who refuses to abandon his reasonable doubt from the very beginning.

I also appreciate 12 Angry Men as an example of movies set during a nasty summer for the fact that I was in a community theater production in Savannah, Georgia, more than a decade ago. With an old brick building that didn’t have very good AC, combined with those massive lights overhead, I can tell you it wasn’t hard to use the weather to add to the desperation of each character.

On top of everything else.

While not the most sympathetic character, John Turturro remains extraordinary as the titular Barton Fink. An intellectual playwright tasked with writing a pro wrestling screenplay at the eve of America joining the Second World War, Barton runs into the realization that he might be a shallow fraud. He also makes a fun, completely insane new friend in the form of a traveling salesman played by John Goodman, who should have at least been nominated for an Oscar.

It is also approximately nine billion degrees in the decrepit hotel where the studio places him to work on the script. Few films can make you feel the heat to the degree that Barton Fink replicates. You can almost feel the overwhelming warmth radiating from the peeling wallpaper.

Turner plays the femme fatale role to a gleeful hilt, creating a character who keeps her eyes on the prize of a dead husband and a lot of money. Even as she goes through a range of complex emotions and responses in her increasingly dark relationship with a shady, greedy lawyer (a great performance by William Hurt).

Body Heat gets its title from the steamy moments between Hurt and Turner (who also have excellent chemistry together). The title is also a pretty apparent reference to the sweltering Florida heatwave which contributes as much to the energy and atmosphere of the film as the screenplay, performances, editing, and more.

If I had to make a personal list of the best Alfred Hitchcock movies, Rear Window would probably be number one. Barring that, it would at least be tied for first with North by Northwest.

What do both of those movies have in common? For one thing, they represent, for me, the best marriage possible between Hitchcock’s many technical gifts as a director and an entertaining story and cast.

The film is deceptively simple. A restless photographer (James Stewart, perhaps at his peak during his work with Hitchcock) is stuck in a wheelchair in an uncomfortably hot apartment during a noticeably unpleasant heatwave. He begins to suspect a neighbor across the street has been murdered by her husband.

While the weather isn’t quite as oppressive here as in some of the other films on this list, the blinding heat can still be felt. This is particularly true in the beginning, when Hitchcock guides us through the colorful, complicated, and lively day-to-day activities of Stewart’s neighbors.

Even during the hottest time of the year, as the movie proves with one of the most enjoyable mysteries in cinema history, life goes on. Even murder.

Spike Lee is another director who knows how to make the weather just as prevalent to your watching experience as the brilliant editing and cinematography, the incredible soundtrack, or the riveting, intense performances. His 1989 hit Do the Right Thing is a good example of what I’m talking about.

Just as good, at least to me, is the 1999 thriller Summer of Sam. Depicting a fictional community in The Bronx during the height of the David Berkowitz serial murders, Summer of Sam juggles complex performances, character motivations, and stories across one of the most terrifying summers in the history of New York City.

Another film in which the miserable heat and humidity dog the characters harder than their own mistakes, or any monsters who may be moving about the streets. Movies like Body Heat and even 12 Angry Men come with the implicit understanding that the heat will break sooner or later. Summer of Sam is scary for several reasons. One of those reasons comes down to how it breaks away from films like those. You can’t escape the heat. You can’t escape the city.

These things are eternal, and it is apparent at every moment of every blistering day that you are not.