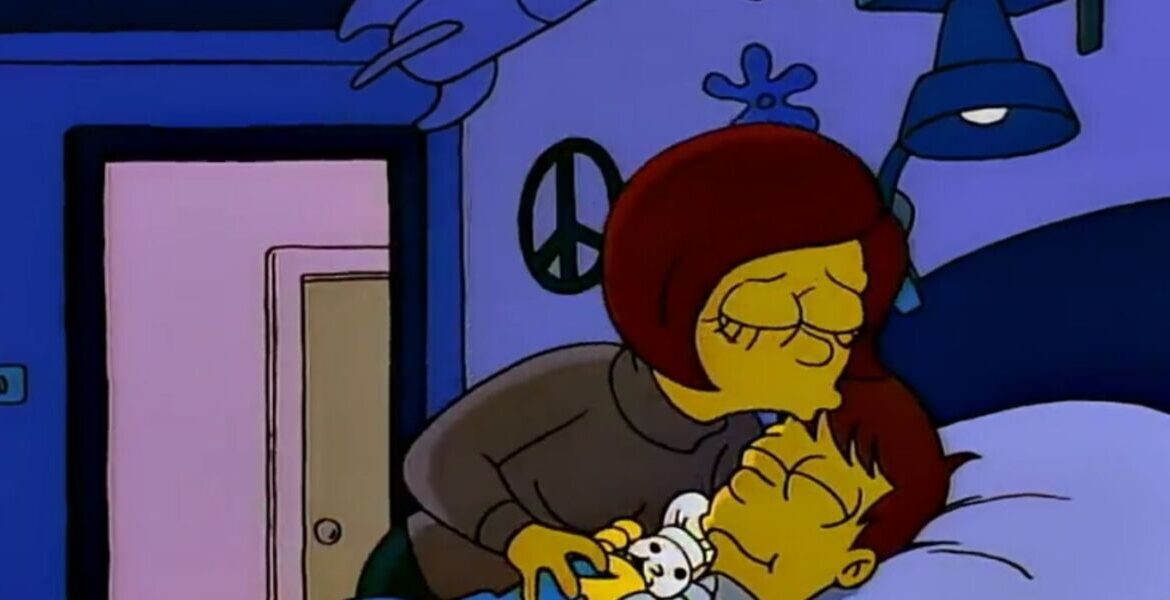 Why Mother Simpson Is A Perfect Simpsons Episode

Mother Simpson: is there a Simpson fan that doesn’t love this episode? The season 7 episode where Homer meets his mom after thinking she’s been dead for 27 years is so well-loved by the fandom that in almost every “Best Simpsons episodes” list I read, the episode shows up, either as a part of the list or an honorable mention. No surprise there — Mother Simpson pretty much encapsulates everything great about classic Simpsons in 22 minutes.

It’s funny, tugs at the heartstrings, and makes the most out of its runtime so well that it feels as complete as a full-length film. It’s an episode I recommend to every person interested in watching The Simpsons, and given that today is Mother’s Day, I thought it’d be the perfect time to talk about what makes this episode so great. 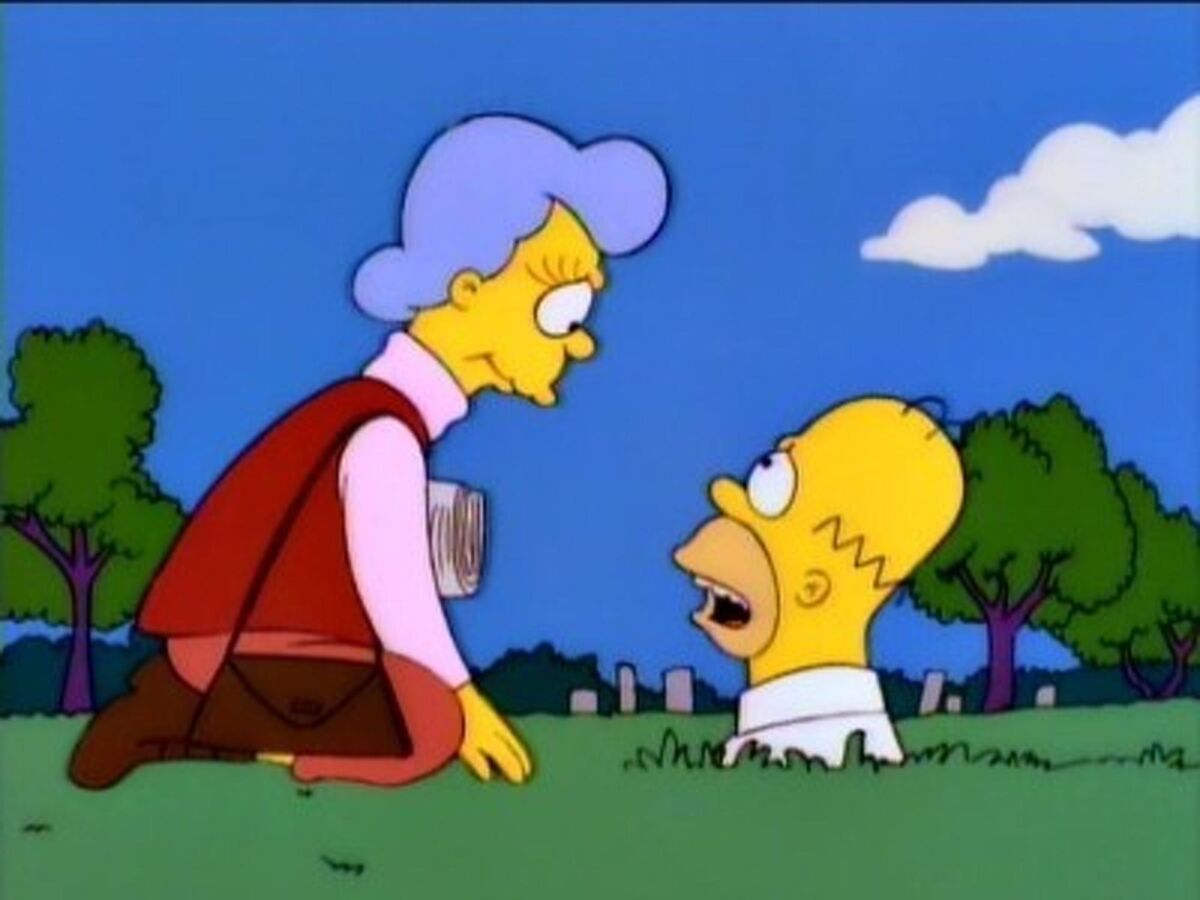 Of course, when you first watch this episode, you don’t know it’s a dummy going over the falls, but you’re still laughing because you know they’re not going to start off an episode with Homer dying. No matter how many times I watch this episode, I still can’t help but be in tears every time I watch this segment. It’s the type of smart and witty joke The Simpsons is known for and an absolute expert at. The hilarious jokes don’t stop there, either — for what is considered one of the saddest episodes of The Simpsons, Mother Simpson is surprisingly jam-packed with jokes and all of them land.

Some of my favorites include Ned Flanders awkwardly trying to console Marge (“Homer’s passing…away…into death.”) and Mr. Burns being trampled after saying, “Whoever did this will never get past me!” The latter is an obvious joke, sure, but that’s always been one of my favorite things about classic Simpsons: even when you can see the punchline coming from a mile away, it’s executed so well that you’re still laughing so hard when it arrives. 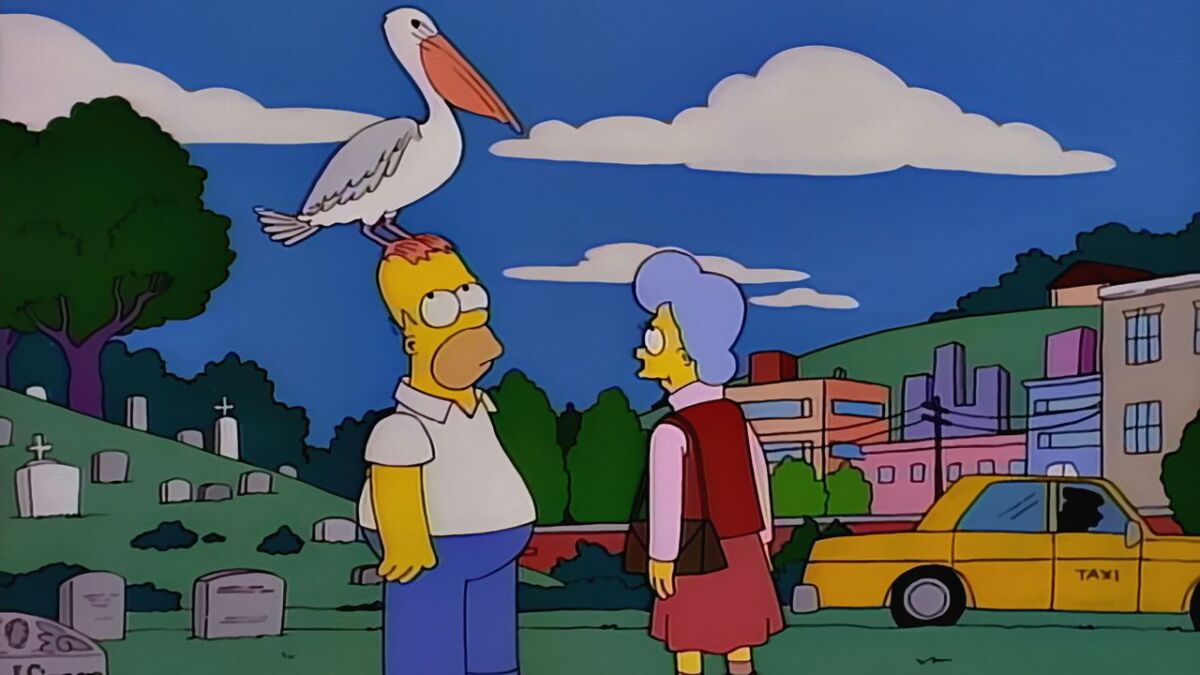 Of course, what really makes this episode stand out isn’t the comedy, it’s the drama. Every Simpson fan knows that while the show is excellent at making you laugh, it can also often be excellent at making you cry, and Mother Simpson is almost always the first episode fans point to when talking about Simpsons tearjerker episodes. The ending is usually the point for most where they start tearing up, but the ending wouldn’t have worked had it not been for the excellent character writing all throughout the episode with both Homer and his mom Mona.

Throughout the episode, you can see just how happy Homer is to finally have his mom back in his life and how happy Mona is to finally be a part of her son’s life again. It’s impressive when you consider how short this episode is — Mona doesn’t appear until the episode reaches 5 minutes, so with really only 17 minutes, the show had to convince us of Mona’s love for Homer and her sadness for both times she has to leave him. Somehow, though, it works — the first time she leaves Homer, he isn’t even awake and all she can do is kiss him on the forehead and whisper, “I’ll miss you, Homer” and it’s one of the saddest moments of the episode and the entire show.

However, the real goodbye scene that makes people sob is at the very end of the episode, when Mona has to say goodbye to Homer yet again. Every line of this scene is written and delivered so pitch-perfectly, it’s hard to imagine even the most hardened soul not being moved by it. “At least this time I’m awake for your goodbye” is one of my favorite Homer lines ever, especially because Dan Castellaneta delivers it with such heartbreaking conviction. And then, of course, there’s Mona’s reply of “Remember, whatever happens, you have a mother and she’s truly proud of you” – Glenn Close’s delivery is enough to make any viewer tear up, Simpsons fan or not.

Finally, there’s the end credits scene of Homer sitting on his car’s hood, staring at the night sky long after his mom has left. There’s no dialogue here, just almost a minute straight of Homer staring at the sky as the end credits show. It’s an absolutely poignant scene that shows so much while also showing so little. What is Homer thinking about while looking at the stars? We don’t know and we’re not supposed to know. Maybe he’s not thinking about anything at all — maybe the weight of the past few days is so heavy for him that he has to take a break from life and just look at the stars.

Whatever the case, it’s definitely the perfect ending to a perfect Simpsons episode. If you’ve made it this far into the article, you’re probably a Simpsons fan yourself and consider Mother Simpson to be one of your favorite classic Simpsons episodes. If you’re not a Simpsons fan, Mother Simpson is an episode you need to see, regardless of whether or not you plan on watching the other golden era episodes of The Simpsons. Over 26 years later and it still remains one of the most poignant episodes not just of The Simpsons, but of American television.