Monkey Around by Jadie Jang Is Funny And Fluid Fantasy

The most politically engaged fantasy this side of summer. 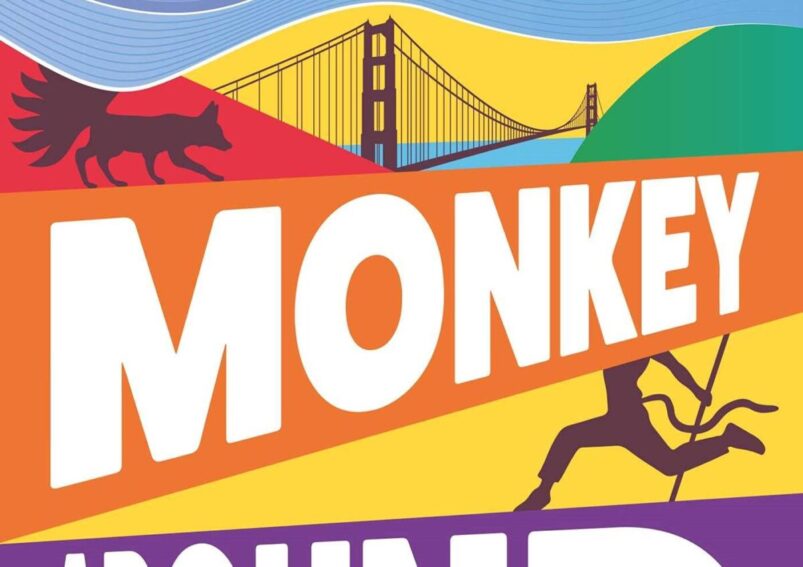 Monkey Around, the debut from Jadie Jang, is an absolute riot of an urban fantasy novel; bold and original in premise, funny, political and honestly just perfect for summer. If you’re a fantasy fan looking for an August read – or just your next favourite book – then Monkey Around is definitely for you.

Maya is a shapeshifter living in San Francisco, able to transform into any animal at will, although Monkey – who lives permanently at the back of her mind – is her default alternative shape. Maya also has some other powers that set her above a lot of the other shapeshifters in the city – and there are a lot of them. If a world mythology has a shapeshifter story, you will find them represented in this story; everyone from your basic European werewolf to bloodsucking Filipino aswangs to sociable and friendly Indian Vanaras is knocking around in this world, just trying to get by.

Maya is a barista by day, but by night she and Monkey are running around the city trying to figure out why someone is murdering shapeshifters, picking them off one by one. Add to that her involvement with the Occupy Wall Street protests that have taken over Oakland, and the fact that there appears to be an evil magical object changing hands amongst the cities rival gangs, and Maya is one busy bee.

The fantasy elements of Monkey Around are so much fun – it seems that Jang really enjoys playing with her subject matter, and making it seem so normal. Maya, orphaned at 2 months old, is always on the lookout for clues to her heritage and at one point was guided to the Vanara, who also shapeshift into monkeys. They can’t offer her answers, but the young members of the family invite her to go climbing with them in the forest, as casually as if they were meeting at a bar. There is a community of selkies who live on riverboats, because of course they do. Jang is adept at weaving in these elements into her story and making them almost mundane. It is very clever writing.

But the real strength of Monkey Around is the how political the novel is, not only on the surface level, but also underneath. The shapeshifter characters take on the mythologies of their ethnic backgrounds; from East Asian to South Asian, Native American to White European, every shapeshifter tells a story of their heritage in this modern and thriving San Francisco. These are millennial characters making their own place in the world; they just also happen to be shapeshifters tied to their heritage. Maya describes how most shapeshifters act a lot like hipsters from diverse backgrounds; they live with their differences and do just enough to fit into both worlds. If you need to go hunting as a shapeshifter you go, and you don’t make a big deal out of it. Just how, as Maya describes, a Chinese American hipster might still wash their hair before the New Year.

The allegorical nature of this story is made even clearer if you consider that the shapeshifters who refuse to fit in are virtually indistinguishable from the humans who have lost their way. A young werewolf, barely in control of himself, joins a gang – just as a lot of other directionless human youngsters have. Jang has something to say in this novel, and although she doesn’t hit us over the head with it; her message is clear enough.

As one might expect from a novel about shapeshifters, everything is fluid in Monkey Around. From the ethnicities and sexualities of many of the characters, to the fact that they are shapeshifters (of course), to the weaving of fantasy and politics in equal measure, Monkey Around is a book that almost goes so far as to defy genre classification – and is all the better for it.

READ NEXT: The Best Fantasy Book Series Of All Time