An average science fiction novel with moments of greatness. 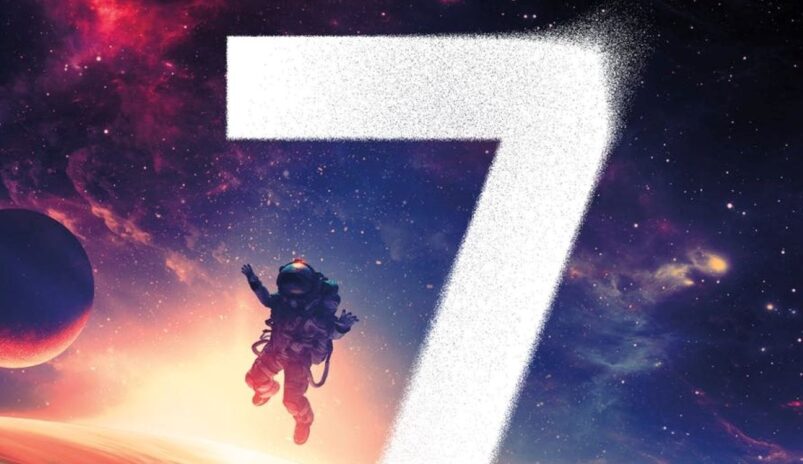 Edward Ashton’s Mickey 7 has been called a sci-fi thriller, and compared to The Martian in more than one early review, but if you go into this book expecting either thriller elements or for it to be anything like The Martian, then you will probably be disappointed. The plot is too meandering to be a thriller, and apart from the fact that it’s a science fiction book set on an inhospitable planet, I see nothing that reminds me of The Martian.

Of course, pushing the marketing in either of these directions is not the fault of Ashton or of the book itself, so that complaint aside, what is Mickey 7 really trying to do? Well, Ashton is attempting to explore the price of immortality, consider how and why people make the comprises they do to stay alive, and asks whether any of it is worth it. And, with these questions in mind, he does a good job.

Mickey Barnes is an Expendable, the least popular job on the colony ship. His role is to do all the messy jobs, and die doing them, if needs be. The Mickey we meet is the seventh, brought back to life by a machine that has saved his blueprint. Mickey is the same man he always was – except he’s the seventh version. When there is a mix-up on a mission, Mickey 8 is brought to life before Mickey 7 has died, and they spend the rest of the novel trying to hide the fact there are two of them in a settlement run by a man who hates multiples and would rather he didn’t have to have an Expendable at all. Add in the fact that the base is under attack from the local fauna, known as creepers, and everything is going to come very quickly to a head – especially as Mickey 7 is the only one who has really had any contact with the creatures that hasn’t resulted in a horrible death.

There are a lot of threads in Mickey 7 and not all of them reach their full potential as Ashton tries to juggle the sci-fi elements with his more philosophical musings. The story is over just as it feels like it should be beginning. At times, the urge to skip pages to get back to Mickey and his multiple is strong, which definitely shows where the strength of the writing lies.

Mickey is a very strong character; more of an anti-hero than a traditional one, but with a streak of good in him that becomes more apparent as the story goes on. He agreed to become an Expendable, a job usually filled by nothing less than pressganging, because he owes money to a shady character named Darius. After one taste of Darius’ torture machine, Mickey decides that dying infinite times on a spaceship far away is a better option. Mickey is, in many ways, a very normal guy. He used to be a historian, except there isn’t much use for one of those when people are busy trying to find new planets to inhabit. He has one friend and a girlfriend, and he’s content with that, until the day that he doesn’t die when he’s meant to and starts to realise his own value.

Immortality is a tricky thing for Mickey to navigate, even in his own head. When he is training for his new job, he’s introduced to The Ship of Theseus; the idea that Theseus sailed the world in a wooden ship and along the way replaced every board and every nail. So was the ship that ended the journey the same ship that had started it? Mickey recalls this story but can’t properly explain it when he’s asked to. The character he is trying to tell asks him why he doesn’t remember when it is so pertinent to his life, and Mickey doesn’t have an answer. It is only when he comes face to face with Mickey 8, a guy that he has very little time for, that Mickey 7 realises you can replace every element but that doesn’t make it the same.

In a more general sense, Ashton’s thoughts on immortality in the novel are summed up perfectly for me by the way that history is used. The planet that Mickey lives on before his new job is called Midgard, just as the Vikings called Earth. The new colony planet is called Niflheim, one of the Viking nine worlds. A failed colony Mickey reads about is called Roanoke, after the failed North American settlement by the English. All of these names are tossed around with no sense of irony, by people who have long forgotten what they actually represent. If Mickey were to live long enough – if any Expendable were to live for long enough – their purpose would be forgotten too. And what, therefore, is the point of going on forever?

Mickey 7 is a solid, average science fiction novel that will please most fans of the genre. I only wish the moments of greatness could have been greater still.

READ NEXT: Where To Start With Reading The Wrong Earth