MEMORABLE MOMENTS: That Bridge Scene in The Muppet Christmas Carol 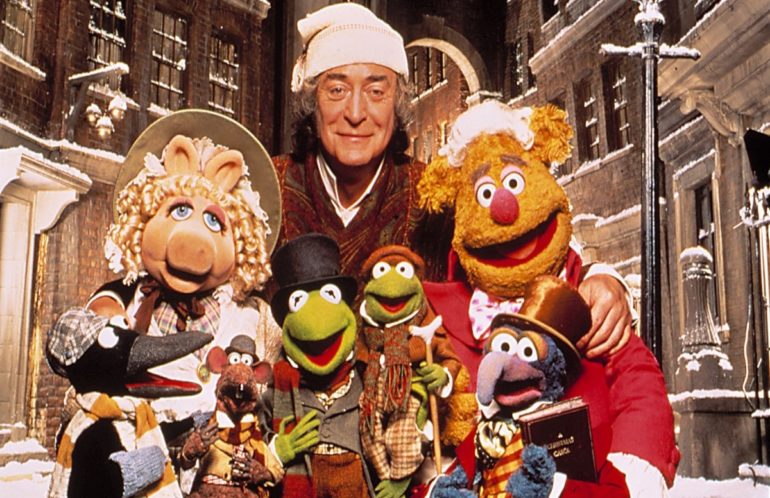 What is the best Christmas film ever made that also happens to be one of the all-time greatest movies made too? I’d give you a few minutes to think about it but if you clicked on this article then you already know the answer – it is, obviously, The Muppet Christmas Carol.

The film is twenty six years old and it hasn’t aged a day. One of the benefits of having the Muppets in any movie is that they haven’t really changed at all since their earliest conceptions, and they probably never will. Unlike animation, you can’t use them to date a film accurately. And by having their human co-stars in period costumes, you can’t really use them either. It’s timeless, in the way that Charles Dickens’ Christmas Carol should be timeless. The music is flawless, the use of Gonzo and Rizzo as the narrative framing device inspired, the other Muppets used absolutely to their full potential. It’s as though the story was written for them, fresh off the page in 1993.

Of course, there’s one member of the cast who isn’t a puppet, and upon whose shoulders the success of the film was always going to depend. The human lead of any Muppet film is the one who has to carry it, and they’re necessary in a world where the Muppets themselves are always a little bit limited in what they can do. They got away with it in A Muppet Treasure Island with Tim Curry there to pick up lead Kevin Bishop’s slack. Jason Segal wasn’t such a good example in The Muppet Movie.

But the greatest performance of any human actor with the Muppets comes absolutely from Michael Caine, in The Christmas Carol, as Ebeneezer Scrooge. I personally don’t think Caine has ever acted better in any film than he did in this one, playing it completely straight against his Muppet co-stars and in turn lending them a sort of gravity that they rarely have on screen.

I was trying to think of a specific moment where he absolutely kills it and came up, of course, with the scene on the bridge when he’s watching his lost love, Belle, leave his younger self all over again. Scrooge is already feeling a bit fragile at this point – the Ghost of Christmas Past has been taking him on a whistle-stop tour of his rather sad life, but this is the past Christmas scene which he begs the Spirit not to show him. We soon learn why.

It’s a highly charged emotional scene – this is the defining event for Scrooge, the moment when his life changed and he began his descent into becoming the miser we meet at the beginning of the story. There’s a song here, When Love Is Gone’, sung by Belle (a truly excellent Meredith Braun), and at the end of it, Scrooge joins in with her, the first time we hear him sing in this musical. (This song was cut on a lot of the DVD versions, which is a TRAVESTY. Jeffrey Katzenburg committed many crimes at Disney but this is the one I personally won’t forgive him for. The song is pivotal, and to suggest that children won’t understand the gravitas of it is insulting to them and the songwriter, Paul Williams! I have a lot of feelings about this.)

When the song is whole and present, the emotion of the bridge scene is underlined by how seriously the film treats it; for four whole minutes, we have no Muppets and no jokes. We just have two humans, with their hearts breaking. Even when we eventually go back to Gonzo and Rizzo, they are muted; Rizzo is crying, and Gonzo comforts him, giving us time as an audience to process what we have just seen. We know Scrooge better now, better than he has ever let someone else know him since she left.

Caine’s performance in this whole film is excellent, Shakespearean even in places, but he’s quite subtle here, resigned to living this horror again when the Spirit refuses to stop showing him. He doesn’t seem to look at his younger self at all – he only has eyes for Belle. When he finally joins in with the song, he sings under Braun’s voice, so quiet you almost can’t hear him, but you can be certain that you hear his voice break on the line ‘Some dreams fall through.’ In a film filled with excellent choices by Caine, he does his best work here.

And if there’s any doubt how important this scene is, at the end of the film a reformed Scrooge sings a reprise of the song, now called ‘When Love Is Found’, as he sits around a table with Tiny Tim and his new friends. The fact that Caine’s singing voice is charmingly imperfect only adds to the endearing nature of the moment. In the end, Scrooge is trying his best, finding new love with his strange but full-hearted Muppet friends, and coming full circle to begin recovering from his broken heart.

Even if you aren’t the biggest fan of the Muppets, Michael Caine’s perfect performance is a good enough reason to watch this film. Who knew the Muppets were capable of such depth?