Meet Cute will end up being one of the more underrated rom-coms of the 2020s. 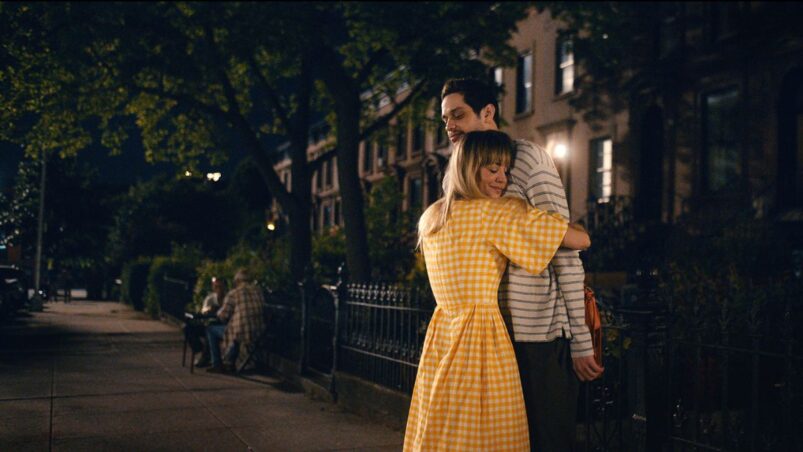 Before I even watched Meet Cute, I had a feeling I’d like it. After all, I absolutely love director Alex Lehmann’s previous films Blue Jay and Paddleton. His films are mostly two-handers, focused on the central pairing and their relationship, and what these relationships communicate about existence and life. Meet Cute is no exception, and tackles pretty profound ideas within the rom-com formula.

When we’re first introduced to Sheila (Kaley Cuoco) and Gary (Pete Davidson), they’re having a meet cute at a bar. They order the same drink, toast to the same thing, and there’s all these sparks flying about. Sheila then reveals to Gary that this isn’t their first rodeo, as she’s spent nearly a week reliving their meet cute. How? Well, she’s a time traveller. Sheila had gone in for a manicure when manicurist June (Deborah S. Craig) showed her the time travelling tanning bed they have at the back. She travelled 24 hours back into the past – the machine only allows for 24 hours travel – and that’s when she met Gary.

Sheila’s never experienced anything like this before, so she obsessively decides to keep reliving this day instead of trying to see where things stand with them tomorrow. The trick to enjoying Meet Cute is to think of it as an allegory and not reality. If you consume it with the perception that this is reality, the only thing that sits with you is Sheila’s obsessive behaviour. Meet Cute is an allegory about how we perceive relationships, and our fears regarding the uncertainty of the future.

In our digestion of rom-coms over the years, this had led to the glorification of the meet cute, and a fascination with those first moments of chemistry. So, after a few years, when the thrill of a new relationship had died down, the coupling can’t sustain as well. We then might try to solve our unhappiness by trying to fix the other person’s perceived flaws. While emotional baggage can be overcome, it’s also fixed, a permanent scar that has shaped the person in some way. This means that relationships aren’t the shiny, glossy version we sometimes see on social media – there’s mess to wade through, with your love for the other person hopefully allowing you to make it to the other side.

Cuoco and Davidson are infectious together, with their quick-witted banter and humour, as well as managing the more poignant parts of the script. Cuoco has to do more of the heavy lifting, since most of the movie is told from Sheila’s perspective, and she is more than up for the challenge. Meet Cute is both dark and uplifting, somehow managing to balance both these light and dark sides of the narrative with such aplomb. Sheila and Gary’s strolls through nighttime New York are reminiscent of Richard Linklater’s Before trilogy, with two individuals just exploring the city and learning more about the other.

Even though it’s a time travel movie and we keep reliving the same meet cute with Sheila and Gary, Lehmann manages to keep things fresh. There are quite a number of time skips as well, with Sheila casually communicating how many times she’s done this so we have a measure of time to understand where they are in their relationship.

At the end of the day, after every meet cute comes a leap of faith, to hope that tomorrow will be even better, and if it’s not, well, it’s okay for things to be a little messy sometimes. 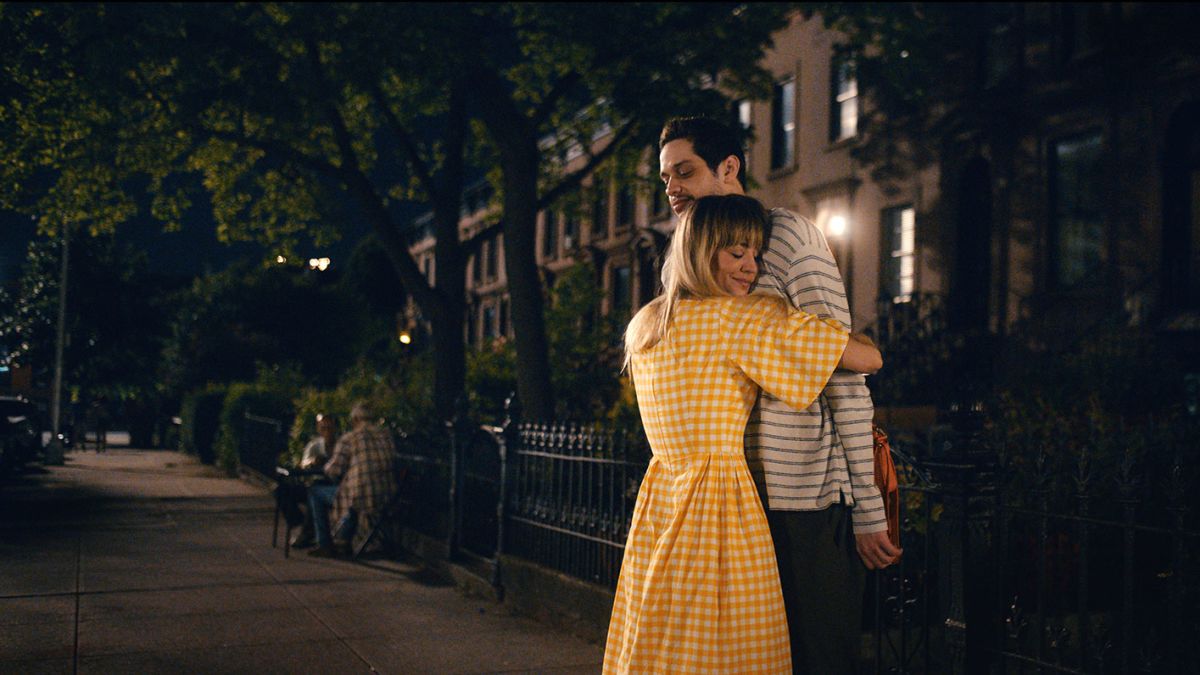 Verdict
Meet Cute functions as an allegory on modern life and relationships. It's a clever film, with tremendous performances from Cuoco and Davidson.
7.5
Cultured Vultures is a pop culture website established in 2013 covering all things gaming, movies, and more. We eat your words.
All The News On The Biggest Games