Marvel’s Avengers: What Is Plasma?

Plasma to meet you. 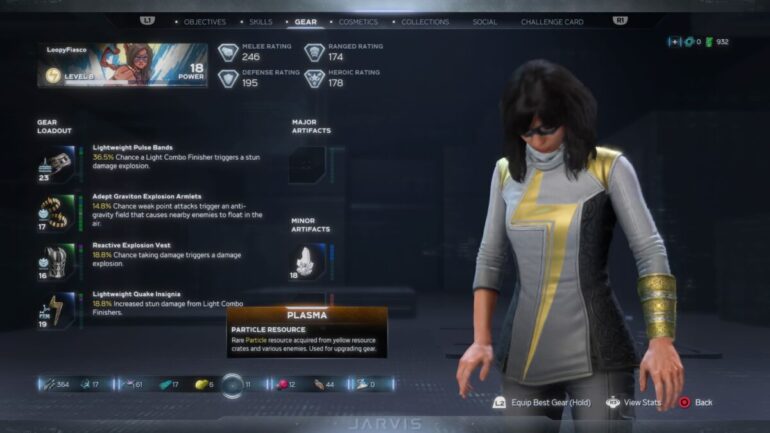 There are a lot of different resources in Marvel’s Avengers that can be used to improve your Avenger, which includes the Plasma that can go a long way towards making you Earth’s mightiest hero.

Plasma is used to boost your insignia gear and level up its Power level. If your insignia has a specific buff or status effect, those will also be boosted.

Plasma can be found within yellow crates, though Plasma will also drop from random enemies after you beat them. You will also be given back Plasma if you choose to dismantle your gear, along with Fragments. It is a rare particle resource, though you shouldn’t have any real trouble in finding them.

To see how much Plasma you have in your inventory, go to Gear from the character menu. Your full list of resources is at the bottom.