Boost me up, Scotty. 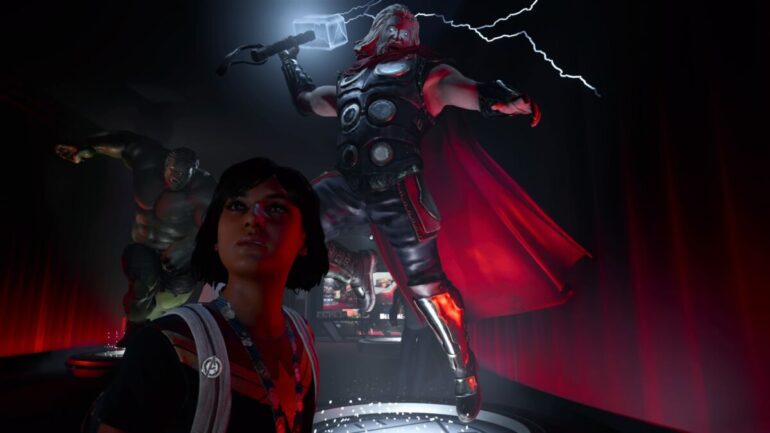 Marvel’s Avengers won’t exactly leave you wanting if you’re after lots of content as well as many systems to get to grips with. One of its most interesting systems is boosting, which can drastically alter how your Avenger plays.

Boosting is used to increase the Power level of your gear, which will in turn increase your overall Power level and help you to take on tougher missions.

You can boost each part of your gear by venturing on over to your Gear submenu within the character menu. Hover over each piece of gear and then you will see that different gear requires different resources to boost.

Here’s which resources boost specific gear items in Marvel’s Avengers for Kamala Khan as a reference:

While this is a good reference for boosting Kamala, it also largely applies to the other Avengers — they all have the same slots, just with different names. Instead of insignia, Black Widow has a belt, and so on.

Using resources, you can boost your gear three, five or ten times in Marvel’s Avengers before it reaches its max power level, though this depends on the rarity.

While these resources will also boost the Power level of gear, they will also buff stats or status effects of perks that are a part of a gear item. The rarer the gear, the likelier the chance of it having a strong perk that can affect all manner of stats.

Something to bear in mind with boosting in Marvel’s Avengers is that it may not be worth boosting gear if it’s already underpowered compared to the rest of your gear. You’re probably going to find something even better during the next mission with better gear unlocking the more difficult the missions become and the deeper into the game you go. For this reason, boosting is only really worthwhile in the endgame or if you need a quick stats improvement before a new mission.

On top of that, rarer gear will also require additional resources on top of the normal resources to boost. It may be better to travel to the game’s vendors to see if they have gear to sell for Fragments that don’t require you to use quite as many resources.