Marvel’s Avengers: What Is Polychoron? 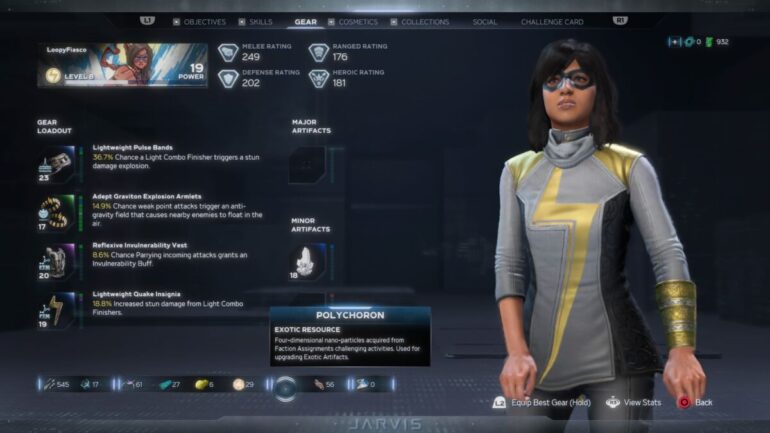 If you love nothing more than collecting an absolute load of resources, Marvel’s Avengers has you covered. One such resource is Polychoron, which is helpful to improve the effectiveness of your Avenger.

Polychoron can be found within strongboxes and also as a reward for beating Drop Zones. You will also be given back Polychoron if you choose to dismantle your major artifact, along with Fragments. It is a mystical metal resource that can only be found by completing difficult challenges and missions.

To see how much Polychoron you have in your inventory, go to Gear from the character menu. Your full list of resources is at the bottom.