Blending the old with the new-ish. 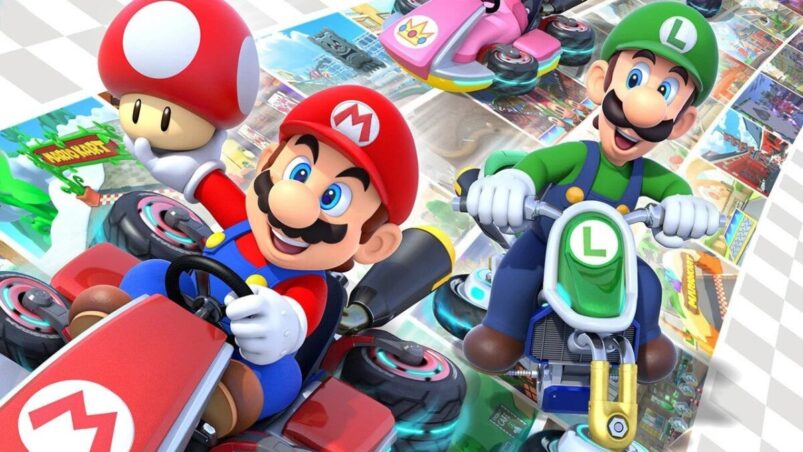 Nintendo seemingly has a funny relationship with DLC and updates. Since the Wii U, the Japanese giant has grown better at updating their games post-launch. Heck, the original version of Mario Kart 8 received a healthy smattering of DLC after launch, but when the Deluxe edition arrived on the Nintendo Switch, no post-launch content followed.

It’s not surprising, considering it took years for Nintendo to add online support for Super Mario Party boards, but there you go. They’ve been inconsistent, basically. For every Animal Crossing, there’s a Mario Party Superstars, and for a long while, it felt like Mario Kart 8 Deluxe would follow that same pattern, yearning for an update that would never come, but the Booster Course Pass is finally here.

Despite being five years too late, the Booster Course Pass for Mario Kart 8 Deluxe is exactly what the game needed, bringing 48 new tracks to the game across the next two years. You can decide for yourself whether or not it’s a shameless cash-in, but adding new tracks to one of the most popular Nintendo Switch games is simply a smart business decision. While it could have been easily just a lazy cash grab, the Booster Course Pass already feels like a brilliant mix of smart nostalgia and new ideas.

Before it launched, the main selling point of the Track Pack was the fact that plenty of classic tracks would be added to MK8 Deluxe, including such brilliant hits as Coconut Mall and Shroom Ridge. The chance to relive some hits from the past is always an easy sell, and Mario Kart is no exception. Hearing the tune to Coconut Mall once again is as lovely as it was during the original Wii days.

It’s strange though, as from the first wave of content, the real highlights aren’t actually the old tracks, but the newer ones. Well, new-ish. Along with tracks from all the previous generations of Mario Kart games, the pack also features tracks from the Mario Kart Tour mobile game and they’re some of the most fun tracks in the entire game. Ninja Hideaway in particular is a masterstroke of a track, filled to the brim with alternative routes and shortcuts that make for a complex track which rewards practice.

Even the tracks based on real-life locations, like Paris Promenade and Tokyo Blur, feature gimmicks that differentiate them from the rest of the pack. Both tracks change the track layout on each lap, meaning you’ve to contend with new obstacles on each lap. Paris’ in particular is brilliant, forcing the player to complete the third lap in reverse. Depending on how spread out the karts are, you could even end up driving straight into oncoming traffic, which only adds to the chaos.

However, the pack isn’t without flaws, especially if you’re looking for reasons why this could be considered a cheap cash grab. In comparison to the rest of the game, the visual style for all of the Booster Course Pass courses feel a bit flat and lacking in texture. Also, Nintendo did little to hide the fact that the Tour tracks are just scaled up for Mario Kart 8 Deluxe, with the massive moped on the side of the road in Paris Promenade being heavily lampooned on social media during the launch weekend.

The nostalgia dollar can only go so far as well, as not every track has the same cultural impact as Coconut Mall or rumoured future inclusion Maple Treeway. I played lots of Mario Kart: Super Circuit on the GBA but Sky Garden didn’t ring any bells, and while I’d be pretty pleased to see Peach Beach or Daisy Cruiser from Double Dash, not everyone would share my enthusiasm. It’d also be nice to see the tracks utilise all of the features of Mario Kart 8 Deluxe. Gliding is fine and all, but some anti-gravity sections would help stop these tracks feeling “lesser” compared to the MK8 Deluxe mainstays.

Still, even if it’s not a flawless addition to Mario Kart 8 Deluxe, the Booster Course Pass is simply a good excuse to play an incredibly fun multiplayer game once again. Any issues you might have with the track design or Nintendo’s own reasons for creating the Booster Course Pass kind of fade into the background when you start launching red shells at your friends all over again. If you’re looking for an excuse to revisit Mario Kart, this is it.

READ MORE: The Best Switch Multiplayer Games You Should Play