What makes a monster and what make a man? 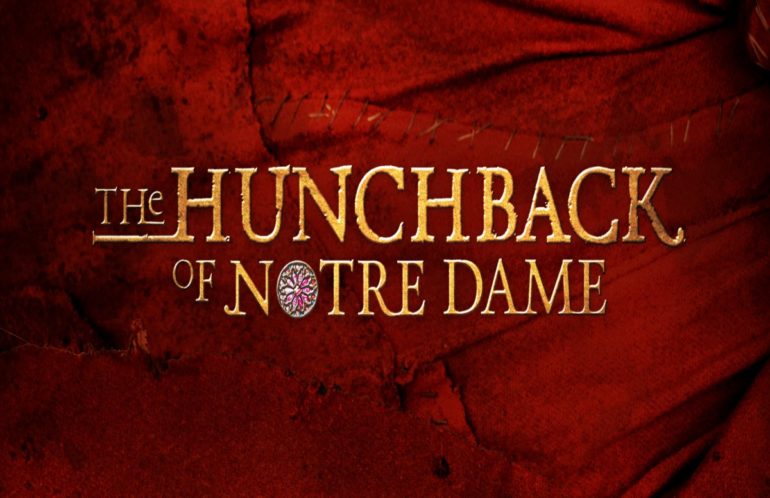 The Disney animated version of The Hunchback of Notre Dame, despite the many flaws, is and always will be my favourite Disney movie. Someone with a galaxy brain back in the early 90s thought that Victor Hugo’s frankly miserable novel, full of death and hardship and two entire chapters on the architecture of Notre Dame would make a good movie – and they were right!

A lot of people tend to agree that although the film has some issues with a very uneven tone – trying to fit the square peg of such a book into the round hole of a kid’s film – it is probably underrated as a movie. Quasimodo is sympathetic and handled very sensitively, especially for the time. Esmerelda is an interesting and remarkably well rounded character. Frollo is, I think, the most scary Disney villain of them all. The soundtrack is great. There are a lot of things to love about that cartoon.

That’s why I was excited to hear that there was an off-Broadway attempt to bring the film to the stage, and they’d even recorded an album. Disney screen to stage transfers tend to be rocky. The Lion King is fabulous, although that is more for the experience of being in the theatre and seeing those puppets come to life. Beauty and the Beast is just fine – apart from a solo for the Beast, it sounds pretty much like the film. Aladdin is unremarkable in every way, erring on the side of not very good. But the music of The Hunchback of Notre Dame is so great that I was of course willing to give the album a listen.

And I was, with no exaggeration, blown away.

The stage musical began its life in Germany, where a version of it ran for four years early in the 2000s, very successfully. By the time it came back to Disney in America, it was 2013 and Alan Menken and Stephen Schwartz (the animated film’s musical team) worked on new songs to go with the new book that had been produced for the US version. Finally it began workshopping in 2014 and ran off Broadway. The aim was, apparently, to move the show to Broadway like the other Disney transfers, but due to union issues it never happened. That’s a real shame, because this musical is unlike any other Disney transfer in its scope and ambition. But luckily for us, we have a great cast recording to hang onto instead.

1. It adds so much to the existing story and soundtrack

The musical adds so much to The Hunchback of Notre Dame. The songs from the movie are all there (save for one notable exception) but there are a lot added in that make the musical more powerful and more complete. You could listen to the album and get the whole story from start to finish without really needing the scenes that come in between the songs. This is definitely in part due to the chorus, who narrate us through the story (more on them later). It is also because Disney songs are, by their very nature, really quite story focused. They have to be, to engage a young audience. When they wrote their additional music for the show, Menken and Schwartz must have been well aware of this. The new songs blend in seamlessly with the old ones, until it is hard to imagine the story without them.

The animated Hunchback has always been about characters for me. The success of the more grown up musical is that Quasimodo, Esmerelda, Frollo and Phoebus have been allowed to spread their wings, and developed into even more interesting people. And none more so than Frollo. He has always been scary in the animation because he is a very real person. He isn’t a larger than life villain – he’s a bad guy in a very human way. The musical fills in some of the backstory we are missing for him; the difficult childhood, the brother he loved and lost. It makes him even more human. He seems reasonable at times, and he’s sort of kind in his way to Quasimodo, appearing to do his best for him. He even starts off by just wanting to help Esmerelda.

But there are people like Frollo in our lives, who believe that what they are doing is the right thing, and nothing will stop them. And there are men who believe that they are entitled to a woman’s attention and time. He’s someone who could be in charge in 2020, and there is nothing worse than that. It also helps that he is played on the album by Patrick Page (who I also mentioned in my Hadestown rundown). Page has made his name playing bad guys, and the man really, really knows his trade.

3. It has none of the tonal issues of the movie

I mentioned that there was one song missing that didn’t make the cut in transferring to the musical, and that is A Guy Like You. The reason for this is that, thank goodness, they cut out the gargoyles. We all know that the gargoyles would have just been added to the animation for the kids, and that is fine because it is a kid’s movie. If there had been other light hearted beats in the film too, they might not even have stuck out that badly. But the issue is that there just isn’t. They are the only thing that sticks out like a sore thumb, and because of that they feel like an afterthought – and not a good one.

With the musical, there are none of those issues. Yes, that does mean that the whole thing is pretty unrelenting in its darkness, but that isn’t a bad thing. It is just the story that needs to be told, and that is fine. Better to have something with an even tone than a poorly balanced one.

4. The chorus and THOSE HARMONIES

What the musical does have instead of the gargoyles is a very large chorus. These people perform, at times, the same role as the gargoyles in that they give Quasimodo someone to talk to and bounce off in scenes when he is alone. They manage to do that with no Wizard of Oz jokes or dubious rhymes in the lyrics, and it is inspired.

In fact, the chorus is really what makes this musical shine. (There are a lot of them, which is at least one of the reasons the show didn’t make it to Broadway – there’s actually too many of them.) Due to the number of people, there is a sound to this album that you don’t often hear on a musical recording. Turn up the sound and put on The Bells of Notre Dame, or God Help The Outcasts and be blown away. The chorus adds an ethereal, even spiritual feel to every song that they are on, something otherworldly that really lends the story the gravity that it deserves. You feel as though you are in Notre Dame, listening to a choir filling that space. When any song is allowed to build to a crescendo of those voices, you’re on a different plane of existence.

Picking a favourite song from this musical is like choosing a child – you’d have to take Someday and Hellfire from my cold dead hands. But Made of Stone, Quasimodo’s solo which was written for the stage and comes late in the second half, is definitely the best song that was added. In a weird way, it sort of replaces A Guy Like You thematically, in that the chorus is trying to convince Quasimodo of his strengths – but thankfully that is the last similarity. Quasimodo is angry at his ‘friends’, the statues of the saints that he has been talking to who have been giving him bad advice, and he launches into this powerful solo where he seems to give up on trying to save Esmerelda.

Michael Arden, who plays Quasimodo, has a beautiful, even tone to his voice. He could easily voice a Disney prince. Out There and Heaven’s Light, his previous solos, have the same touch of the angelic that the animated Quasimodo pulls off with his voice. But in Made Of Stone, he takes it up a gear; he’s frantic and angry, and that angelic boy is gone. It is a great song to have added in, especially just before the finale, as it ratchets up the tension to a whole new level.