5 Reasons Why You Should Listen to Hadestown

It's been sweeping Broadway, but the music is what makes Hadestown really shine. 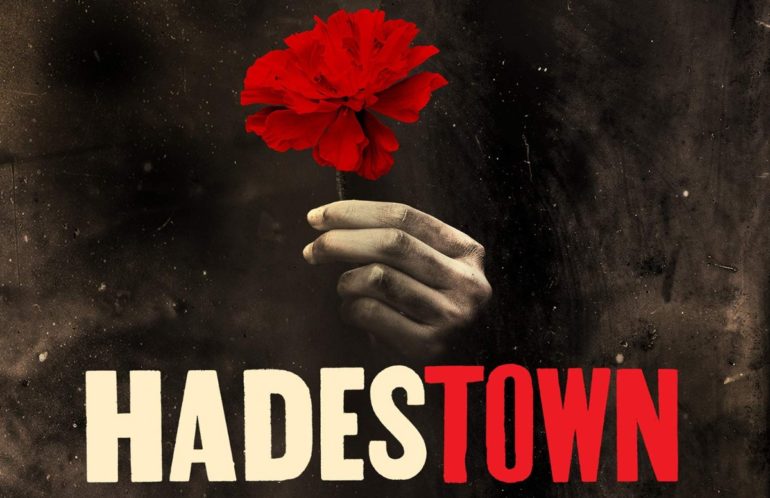 Hadestown is the hot ticket on Broadway at the moment (or it will be again once the theatres reopen post-apocalypse). But, as with all musicals, the best thing about Hadestown is that you don’t need to hop on a plane to go and see it, or even catch a train to the West End version. You can appreciate the show right from the comfort of your home with the cast recordings, which honestly is the best thing about liking musicals as a hobby. There’s a ton of reasons to listen to Hadestown, but I’ve narrowed it down to just five.

Hadestown is a musical retelling of the Orpheus and Eurydice myth, which is heavy on the ‘retelling’. The two main settings are a Great Depression era style speakeasy, and an industrial hellscape with a post end of the world vibe. Woven with the Eurydice myth is part of another story – that of Hades and Persephone, who are foils to the young and naive Orpheus and Eurydice, and have big problems of their own. Rounding out these five main characters is Hermes, messenger of the gods, who narrates the story for us.

If you’re unfamiliar with the myth itself, here’s a quick run down of the original. Eurydice is stolen away from Orpheus on their wedding day, and taken down to Hades’ underworld. Orpheus ventures down there to save her, and Hades says that he can have Eurydice back if they can walk to the surface without Orpheus turning to look at her. Spoilers for a story thousands of years old – he does turn around, and Eurydice is trapped forever in the underworld.

The music of Hadestown is heavy on the Americana, and the folk elements give it a unique sound amongst the big hitting musicals of the last ten years.

Here are five reasons why you should give the album a listen:

1. Anaïs Mitchell and the Unique Story of Hadestown’s Birth

Mitchell is quite literally the brain behind the operation. She wrote the book, music and lyrics for Hadestown, nurturing her creation from the very first roadshow performances in 2006, through a concept album in 2010, through to an off Broadway workshop, a stop in Canada, a trip across to London and then, finally, to Broadway where it won eight Tonys – including Best Musical and Best Original Score.

Through that long twelve year journey, unprecedented in musical terms, it has always been Mitchell holding the thing together. Her vision has never been compromised, and because of that, Hadestown maintains a very grassroots kind of vibe in the sound. Sure, the orchestrations on the Broadway recording are very fancy in comparison to what came before, but the heart is still there. This is a musical that has been loved, and you can really hear it.

2. Different Versions of the Soundtrack to Choose From

Thanks to Hadestown’s remarkable journey, there is more than one recording you can choose from to grace your ears. There’s the 2010 concept album, where Mitchell herself plays Eurydice. There’s the 2016 off-Broadway live cast recording, and then there’s the super duper deluxe 2019 Broadway Cast Recording. All of them are unique and offer up different things to fall in love with.

The concept album is very stripped back, as you’d expect. The story is not as well defined as it is later on, but it has some great quirks. It sounds like it was recorded in a post-apocalyptic setting – the songs have sharp edges, the strings are hard and the voices sound like those of folk singers. It gives it a unique sound.

The Broadway Recording is the most complete of the albums, containing the whole score. It also features actors who have been at their roles a long time; Hades (Patrick Page) and Persephone (Amber Gray) have been playing their parts since 2016. Reeve Carney’s Orpheus has been around since 2017 and by the time they recorded this album in 2019, Eva Nobeldaza and Andre De Shields (Eurydice and Hermes) had also been doing it since early 2018. The evolution from concept album to this full recording is fascinating to hear. With a full score, and experienced musical theatre actors, there is a richness that really elevates the music to another level.

For my money though, the best version – or at least the one I enjoy the most – is the second one, the live cast recording from 2016. There’s so much to love with a live album. It’s a single moment in time, a performance recorded that will never happen the same way again. There’s something very intimate about that. You can hear every breath and the shuffle of feet, and it really adds to the experience. The story was fairly well mapped out by this album and it’s easy to follow. It also features Chris Sullivan as Hermes, who I think is my favourite version of the character. I really like De Shields, but Sullivan has a warmth to his voice that I think suits Hermes and his role of being a people shepherd very well.

Hadestown has one of the most diverse voice casts for women that I’ve ever heard in a musical. It is pretty common in musicals written by men – even the more modern ones – for the female singers to be pushed to the very limits of what their voices can achieve (looking at you, Andrew Lloyd Webber). But Mitchell has mentioned she had the opposite problem; she knew how to write for women, and it is her male actors who suffer.

Sorry to Reeve Carney and Patrick Page about that, but it means the parts of Persephone and Eurydice are very comfortable for their actresses. Amber Gray (Persephone) has a voice like nothing I’ve ever heard before. One minute, she sounds like she is chewing gravel as she sings, and the next it is so soft and gentle that you feel like she is lulling you to sleep, and neither of those things take anything away from the other. Her voice is allowed to express so much personality.

My other favourite female voice is on the Broadway Recording. Jewelle Blackman plays one of the Fates, the three ‘old women’ who act as a kind of Greek chorus. Blackman is a contralto, which is the deepest female voice. There are virtually no parts in musicals written for women with that voice, so it is really something special to listen out for in Hadestown.

4. The Deepest Voice Known to Man

Jewelle Blackman might have a spectacularly deep voice, but she is nothing on Patrick Page’s Hades. Page is well known in the musical theatre world, particularly for playing villains – he’s been Scar, Frollo, Green Goblin, The Grinch – but none of those roles ever allowed him to bust out his secret weapon. A true bass singing voice. That is the absolute deepest that a male singing voice can go, and there are virtually no other musicals you will hear it in.

Page plays Hades on both the live recording (where I think he sounds best) and the Broadway recording, and the first time you hear him, you won’t even believe that a human is capable of making that deep, rumbling sound – let alone making it sound good. On the live recording, the first time Page opens his mouth in ‘Way Down in Hadestown’, there’s even a little ripple of laughter from the audience, because they are so surprised by the sound. It is something really quite unique, especially in musical theatre.

I could have picked almost any song off the recordings to highlight here, but in the end it all comes back to Wait For Me on the Broadway Recording. This is the song that Orpheus sings as he is headed down to the Underworld to look for Eurydice. I’d probably say it is the most ‘musical theatre’ that Hadestown gets, with the swelling chorus and the harmonies, and it is just spectacular. The first time I heard it on the Broadway Recording, I kept skipping back and listening to it again – it was like a whole new song. The arrangements are stunning.

Then it reprises at the end of the album, ties the Hades and Persephone story in with that of Orpheus and Eurydice, and provides such an emotional climax that it almost convinces you that maybe the story will end differently that time.