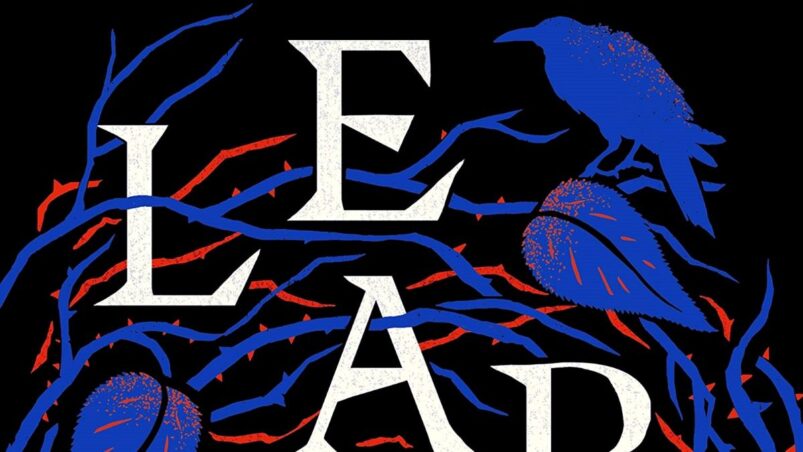 J.R Thorp’s debut novel Learwife is one of those books with a title that tells you exactly what you’re getting before you even crack the spine, and what fascinating promise that one-word title holds. The wife of King Lear, mother to his three daughters, is a classic missing part of the story, not even remembered within the play that made her family famous. Anyone with a passing interest in Shakespeare will be intrigued by what this novel could hold. And, for the most part, Thorp delivers on some solid ideas and creates a very believable world for this missing matriarch.

We join the eponymous ‘Learwife’ (who remains unnamed for almost the entire novel) at the convent to which she was banished fifteen years before the events of the play, King Lear. She has received news of the deaths of her husband and daughters (spoilers, I suppose!), and wishes to go home to find the place where they have been buried. She never knew the crime she is being punished for and thinks the end of Lear should be the end of her banishment. Forces conspire to keep her at the convent, and she remains as trapped as ever, looking always for a means of escape.

If it sounds like there isn’t much to the story of Learwife when you are right; the queen spends much of her time thinking on her previous life, from before her imprisonment, and looking ahead to the day she will finally be able to leave. Much of the plot comes from a disastrous event that shakes up life at the convent and puts the queen in a position of power unlike anything she has enjoyed for the fifteen years previous. But the majority of the novel is reflective, full of long passages of poetic longing as the queen searches for the reason that she was forced to leave the kingdom and her daughters. If you read last year’s highly successful Hamnet and wished for even more lyrical prose than Maggie O’Farrell dished out, then Learwife is certainly the novel for you. The Shakespearean connection cannot be ignored in this case when the influence appears to be so obvious.

However, if you find such long sections of metaphor and poetry to be difficult to sustain your focus for then Learwife will, conversely, seem like a bit of a challenge. It has to be read with purpose, slow and deliberate, giving yourself time to dissect the rich imagery that Thorp presents to her readers. Such reading will definitely not be everyone’s cup of tea. There are some moments where I wished for just a little more movement in the story, to drive things forward – and I am a reader who tends to appreciate this kind of reflective novel. If you look for novels that present conclusions to the story then Learwife will leave you wanting.

But ‘Learwife’ herself is an interesting narrator, and one who is worth sticking through the slower passages with. For someone who spends a lot of her time thinking on her lot in life, she seems remarkably unperceptive when it comes to herself. She is constantly wondering why she was sent away to the convent, but to me it seemed as though Thorp was telegraphing the reason very early on, and it was confirmed near the end of the story. Assuming that this was deliberate on Thorp’s part, it speaks to a woman who has had to learn to be reflective, and still has much of the skill to master – just as one might expect from someone born and raised in privileged security. The queen is very carefully rendered, and as we learn more about her, we should like her less. But by the end of the story, she still has our sympathies.

Learwife is a difficult novel to discuss. As historical fiction goes, it is curiously lacking in specificity of time and place, giving a dreamlike, unanchored feel to the story. But dreamlike and unanchored are also words that can be applied to King Lear itself, especially once the king starts to lose his grip on reality – so perhaps they are the perfect words to describe Learwife too.