Scarier than actually following through on your resolutions. 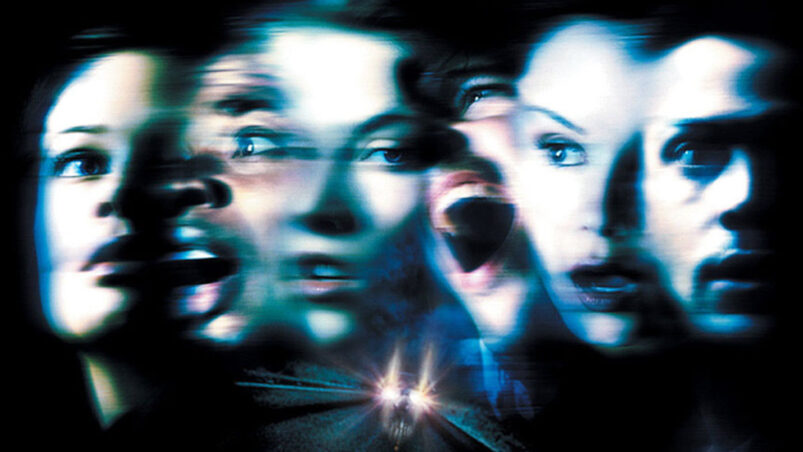 The month of January is often maligned as being little more than a studio dumping ground for films deemed more rotten than Christmas leftovers.

And to little surprise, the horror genre catches more flak during January than most.

So, with the imminent release of Matt Bettinelli-Olpin and Tyler Gillett’s highly anticipated Scream sequel, here are five January horror films that defy that unjust stigma.

There are few subgenres I adore more than single location horror. Inflicting creatively unforgiving horrors within a restrictive space can be the true test of a director’s ability to leave a distinct mark; a task director Scott Spiegel achieves with 1989’s Intruder.

Spiegel’s ingenuity and strong practical work make Intruder a standout from other 80s slashers, as it upends the inherent mundanity of late-night work by unleashing a killer amongst the aisles of a grocery store.

Spiegel smartly goes to great pains to familiarize the grocery store by establishing clear and concise geography of the store’s layout. We feel like it’s an actual location, with easily identifiable areas that, at times, make the setting feel more sprawling than it actually is. In giving the viewer a true sense of the store’s parameters, it feels like a real space, rather than a flimsy coat of paint applied to tired slasher filmmaking fundamentals.

But what is a slasher without memorable kills? And in Intruder’s case, kills are reflective of this unique setting. Utilizing the more unusual objects of the store (i.e., bandsaw, box compactor, etc.) creates the illusion that the film couldn’t unfold anywhere else, which ultimately gives the film its defining identity.

Intruder is a good example of a seemingly prototypical 80s slasher that goes above and beyond its simplistic seeming exterior.

While I may be biased toward aquatic horror, Underwater’s strong understanding of the subgenre is largely what makes it underappreciated. For all the “Alien clone” claims, Underwater achieves what eludes most feeble attempts at aquatic horror: Capturing the inherent terror of the deep sea.

A suffocating sense of dread is imperative to capturing the atmospheric dread of the seafloor, something that must be established before introducing the aquatic horrors awaiting the film’s human chum.

Writer and director William Eubank succeeds by smartly establishing this oppressive tone from the outset. The film is devoid of its aquatic threat for a good third of its runtime, and that’s because Eubank doesn’t need them. The mermen aren’t just a spooky crutch, rather an additional tool in his arsenal to evoke unease and terror, given Underwater’s world does the majority of the heavy lifting.

Capturing the infinite black abyss of the ocean floor, the world Eubank has crafted is an inherently hostile one. Despite its black vastness, Eubank never allows the viewer to become lost entirely due to his handling of space and sensory awareness.

And then the fish-men show up.

As much praise as I can heap onto the stellar creature design, Underwater carries itself much like a disaster epic, and this makes all the difference in being a defining creature feature.

Final Destination 2 is an average sequel that just so happens to deliver one of the most phobia-inducing and influential horror openings of all time.

I am, of course, referring to the highway crash which manages to one-up the original film’s fiery opening in the most on-brand way imaginable.

The setup is familiar: our protagonist has a vision of the destruction about to occur, however, the execution makes the sequence timeless. Watching a log become dislodged from a truck, causing an unparalleled cacophony of vehicular chaos, is nothing short of breathtaking.

The high-impact crescendo of metal and bodily harm is a further display of stunning stunt work and CGI that, even some 19 years later, has aged better than most aughts horror films.

Final Destination 2’s highway sequence is the de facto example of “bigger and better” sequel mentality. And while the rest of the film never comes close to topping the opening, it serves not only as a series highlight, but an all-time horror moment that has spanned decades in its influence and infamy.

Hear me out: Nicolas Pesce’s Grudge reboot is actually pretty ok. While not having a deep-seated love of the franchise, initially, I wasn’t too fond of the film’s anthology angle. But after a recent reappraisal, the reboot’s structure serves as its most vital asset.

Unlike other entries in the series, the ever lingering rage of The Grudge’s curse is more apparent in Pesce’s film. The infectious nature of the curse permeates freely throughout the film. It isn’t just a flurry of jump scares, but a reminder through time that once it has you, it has you.

The anthology format weaves an interconnected tale of turmoil amongst its cast of detectives and loving families forever damaged by a chance encounter with the curse. Not that The Grudge has ever been especially charitable to its characters, but Pesce’s approach to visceral violence is far more upsetting than the series standard of “creepy long-haired women.”

Pesce’s reboot is far from perfect, but I find the amount of vitriol heaped on it for being a January release a bit unjust. And while it took two watches, I did come to appreciate the subversion of the various sequels’ formulaic approach and Pesce’s capturing the curse’s true rage.

I also recommend watching the deleted scenes, which further flesh out his twisted vision.

This one isn’t technically horror, but if you don’t consider being hunted by a pack of ferocious wolves to be goddamn terrifying, well, you are braver than me.

Say what you will about the quality of Liam Neeson’s post-Taken filmography, but Joe Carnahan’s The Grey remains a quality outlier. Carnahan’s utilizing Neeson’s inherent alpha status against the backdrop of a plane crash survival film with creature feature-ish sensibilities is a no-brainer of a good time.

Though Man vs. Nature isn’t exactly a new angle for survival films, it’s Carnahan’s balancing of tension and action sensibilities that make The Grey more than the sum of its parts. Pairing the desolate nature of the snow-blanketed wilderness, only to be constantly reminded of the threat outside our collective sightline from frequent bone-chilling howls.

For as memorable as its ending is, The Grey often gets overlooked for just how seamless it is in blending its genre influences — almost deceptively so. So when Carnahan applies a level of cynicism to everything that befalls Neeson, it gives the entire film an overt horror tinge. The meanness of the film’s world gives the entire thing a “these are your cards, and there’s no getting around the stakes of your bet” attitude that silently prepares the viewer for its visceral ending.

READ NEXT: 15 Best Gothic Horror Movies of All Time