Gareth Coker is an award-winning composer who has created music for a wide variety of media, including games, film, television and more. He is perhaps best known to gaming fans for his work on Ori and the Blind Forest, Ark: Survival Evolved, and the Chinese Mythology and Greek Mythology expansions for Minecraft. We got the chance to talk to him about his past and future projects, including his composing work on the recently-announced Ori and the Will of the Wisps.

You compose for a variety of media–do you have a preference for the kind of things you like to work on? What gets you really excited about a potential project?
The preference almost always starts at story, or at least a compelling idea. I personally find it much easier to write for something that I can see a clear beginning, middle and end. Everything starts from the script and while as a composer you don’t really need the full fleshed out script, you do need to know what the basic pillars are that you will build your score around. I think this applies for any medium, film, game, TV or otherwise.

So to circle back to your question, it can be any medium! What gets me excited is to be able to tell a story with music and do my best to enhance – whether in a subtle way or a full-on way – whatever is happening on the screen.

Providing compositions for projects like games and films means that you’re working with so many different teams and groups of people–do you generally get much creative freedom when composing for a particular IP, or are you pulled in different directions by writers, artists etc.?
In my experience so far, I’ve found there to be more freedom in games. That’s not a knock on film, but with games the deadlines in general tend to be a little less condensed, and projects are often delivered in milestones. This is different from a film where the music composition is a part of the post production process and thus is often happening at the very end of the film development timeline. With less time, comes a little less creative freedom and perhaps the opportunity to take less risk. That said, with technology becoming what it has become, I think we’ll see more composers coming on a little earlier to the project, around the time the film is starting to edit.

I think the editor/composer relationship is incredibly important, and sometimes it can allow to a nice push/pull effect where in some cases the editor will want to work around a great piece of music that the composer has written (because they don’t want to mess with the pacing of that music), but also it can work the other, more conventional way, which is the composer working to what the editor has given. The less compartmentalized these two departments are, I think the better the result. With video games, you’ll find the push/pull to be more common, because ‘re-shoots’ and ‘editing’ (changes to level design or pacing) often don’t require hiring the entire production crew again!

Do you have any advice for people who want to follow your career path? Who were (and are!) your biggest inspirations when you were first starting out?
You have to work really hard, it doesn’t matter how talented you might be, if you don’t work hard you won’t last very long. The beauty of it is though, once you even have a little bit of success that comes as a result of working hard, it’s an incredibly satisfying feeling because you know you deserved it. For me, that feeling is somewhat addictive, so I have no problem doing the work!

My inspirations for my music are mostly drawn from the places I’ve been and the people I know. I’ve been very lucky to have travelled to a lot of wonderful countries and have technically lived away from home since I was eight years old (boarding school). Getting outside your comfort zone and taking risks, seeing/experiencing new things, frankly, is the easiest way to get inspired.

Despite the names above, I think it’s important not to listen to too much ‘soundtrack music’, as quite often it has been inspired by something else. There’s so much music that we don’t really know about. Pop music in East Asia is very different than pop music in the USA! And that’s not even touching upon all the wondrous music that the world’s cultures create on a daily basis.

You’ve lived and travelled all over the world–how has this affected your music, and the inspirations that you draw from when composing? Especially in regards to things such as your work with the Minecraft expansion soundtracks–what kind of cultural research did you undertake for those?
Slightly related to the previous question obviously, but I think the result of living in different countries has an effect of ‘osmosis’ on the music I write. You live somewhere long enough, you’ll hear enough music of that country for some of it to seep through into your own, it’s only natural, a bit like how my English accent is now becoming more American… after being here for 8 years!

The Minecraft Mythology expansions were done in a fairly quick period of time (5-6 weeks from concept to final recording). Having lived in Japan, China was never far away for a quick trip, and I’ve always been fascinated by Asian music, so a lot of the research was already done. 4J Studios (who make the expansions) did not want a super-authentic traditional Chinese soundtrack, but rather, taking elements of Chinese music and mixing them with a traditional Western orchestral soundtrack. To make this feel like a blend of both worlds, I focused on using solo instruments from the region, such as erhu, dizi, hulusi and xiao, and then limited myself (mostly) to the more traditional Chinese harmony and scales. 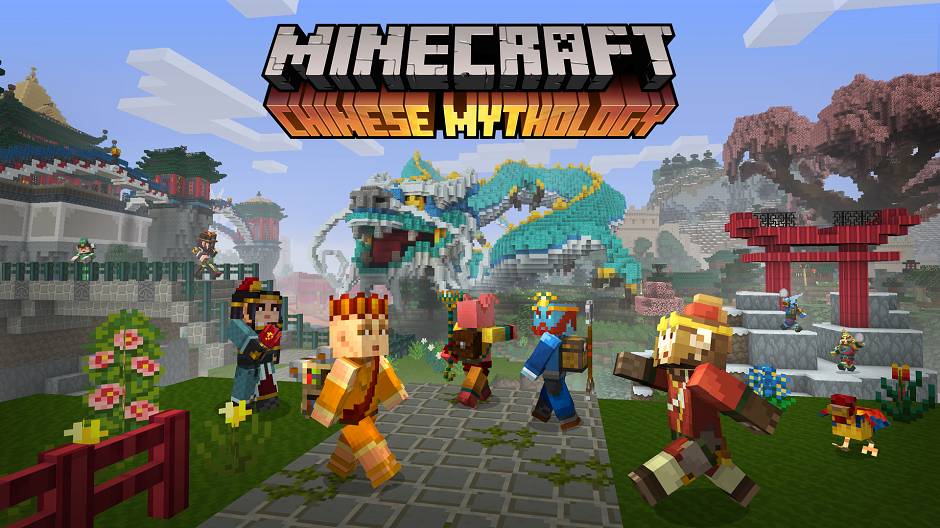 The Greek Mythology expansion was a little trickier as there was less to go on. Fortunately there are a few records of instruments that were used (lyra, psaltery, pipes), however my overall approach for this was to actually use the gods themselves as inspiration for each track in the game. So for Poseidon, I’d focus on making the track sound like it was ‘underwater’, as Poseidon is the God of the Sea. One interesting note, for the main menu track for Greek Mythology, we did an interpretation of the oldest piece of music ever recorded, Seikilos’ Epitaph. This was actually the first piece of music I wrote for Minecraft, and it was a fun place to start!

The Unspoken is going to be a unique VR experience–is this something that comes into your thought process when composing? Does the game being a more immersive experience for the gamer affect the way you create music, or do you focus more on, say, the story or the characters?
While The Unspoken is highly immersive (there’s a lot going on in-game), at its core, it’s fundamentally a fighting game. You are dueling another character and you have to cast the right spells and deflect your enemies’ spells as best as you can in order to defeat them. And you’re doing this in VR, and with the Oculus Touch controllers performing gestures to complete the spells.  My job as composer here is to accentuate the intensity of the action on-screen. Insomniac Games (the developer) created a system that has four music ‘states’. These states reflect the intensity or timeline of the duel, and in terms of the music, one state can switch to another at any time, and it should sound seamless. This should aim to enhance the action on-screen.

I think with VR, it definitely depends on the type of game you are making. It’s pretty clear that the horror genre will be revolutionized by the technology, as for the rest of the genres, we are all still learning!

Is there anything else you’d like to add or mention?
I just had the incredible fortune of recording at Abbey Road Studios for 3 days, the score to ARK: Survival Evolved, with an orchestra (The Philharmonia Orchestra) of 93 players. We recorded about 130 minutes of music, so it was a pretty intense 3 days, but also one of the highlights of my professional career so far as it was the first time I’d been back ‘home’ to record anything. That, combined with the history of the location and who I was recording with made it all pretty epic. The soundtrack should be out in August on digital.

Beyond that, it’s about time I start working on Ori and the Will of the Wisps, which Moon Studios and Microsoft just announced at E3. It’s the first time I’ve worked on a sequel. One wants to push things forward and make something new, one also has to consider the music from the previous game, so the key will be trying to combine the new with the old, which will be a unique challenge!

Thanks very much for having me!

Thanks so much to Gareth for taking the time to talk to us! You can find out more about his current work over at http://www.gareth-coker.net/