For all that Inside Job seems a bit bland, it can at least tell a joke. 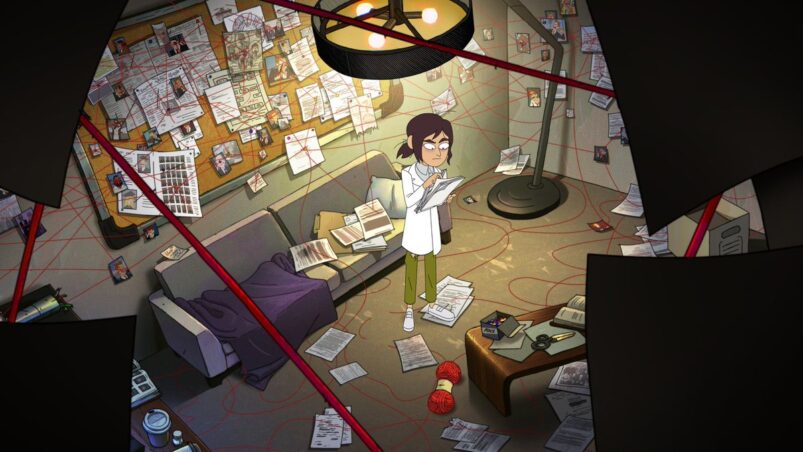 Of late, with trust in the various governments of the first world threatening to dip below zero, a concept people keep coming back to is that of the ‘deep state,’ those shadowy and unaccountable figures who really run the world. So, what better starting point for a light-hearted animated comedy?

Inside Job presents a reality in which pretty much all the conspiracy theories are true. There’s lizard-people, a hollow earth, mutants, robots, you name it – within reason, anyway. It understandably sticks to more lighthearted conspiracies, like Elvis still being alive, or at its very edgiest a veiled reference to 9/11, than real and deeply harrowing stuff like the Tuskegee experiment. This naturally takes us into very silly territory right from the off, a wacky world in which anything might happen.

But in a word, it’s conventional. Woefully conventional. As it turns out, in the world of Inside Job all the deep-rooted secrets that we are not meant to know turn out to operate entirely within the milieu of contemporary suburban America. And what doesn’t help with this is its generic Calarts art style, which in the wider world of animation is more infectious than the coronavirus. Even a fleshy blob-monster here looks somehow pedestrian.

When Inside Job remembers it’s meant to be about conspiracies, it simply rattles them off the most surface-level way imaginable – not even riffing on the ideas, just mentioning them and then moving on. It’s a surprise when the roulette ball stops on any one wild theory about the deep state long enough to actually play around with it, rather than just have a character blurt out ‘Avril Lavigne was secretly killed in 2002’ with no follow-up.

On a nuts and bolts level, its central figures stumble at the first hurdle. Tightly-wound, neurotic Reagan and dopey, affable Brett are natural opposites, so this, clearly, is where the tension (and the comedy) should come from – instead, after one floundering attempt at having them mismatched they immediately become best friends and recognise each others’ complementary skillsets. Now, this is the healthy thing to do, but it’s not funny. And so with that avenue of comedy closed off forever, Inside Job quickly finds itself having to throw certain items at the wall to see if any stick.

This is the high point of its cast of characters. The only other major persona of note is Reagan’s father, a jaded old alcoholic who at times can almost make you forget he’s taking a few too many cues from Rick & Morty’s Rick Sanchez. This about sets the tone for the rest of the gang, straightforward archetypes who at no point threaten to surprise you or move outside their assigned roles in any way.

One of these generic co-workers is a mad scientist with a predilection for drugs and sexual perversion. If you’re thinking ‘that sounds like Dr. Krieger from Archer’, then – well, in one way you’re completely correct, but in another you’re wrong, because Dr. Krieger is the king of this archetype, up on a jewelled throne like a God, while imitators like this one wallow in a feculent trough of lazy writing.

In this case it’s a matter of simply trying too hard. Desperately trying to mill a punchline out of the scanty raw material of ‘ah ha ha ha, drugs’ and ‘ah ha ha ha, sex’ simply can’t compete with Lucky Yates’s proudly enthusiastic delivery of ‘and the best part is, he’s learning’.

(If you’re keeping count, that makes two characters who are pale imitations of ones from other, better cartoons, cartoons which you could be watching instead without having to even leave Netflix.)

For all that I’ve damned Inside Job as conventional, by those terms it’s far from a bad show. It can deliver both setup and punchline without tripping over its own feet, or trying to spin a five-second joke out for thirty – and while it never hits any unexpected marks, it can still make them work. It actually seems to understand the mechanics of comedy, which is something a great many of its modern-day animated peers can’t claim.

In particular, when it decides to have a little fun with the kind of possibilities its format presents, like the awkward situations that ensue when a clone of JFK meets the man who killed JFK, Inside Job has genuinely strong moments. Sadly these are few and far between.

More often than playing about with the mechanics of conspiracy theories and the deep state, which if you’ll remember is the core conceit of the show, you’ll find Inside Job wheeling out the usual raft of lowest-common-denominator cultural references. Including a nod to Game of Thrones (which I had thought we’d all agreed to never mention again) and the 1980s nostalgia trip which seemingly every modern cartoon thinks is the comedy holy grail, Laurel and Hardy and George Carlin all rolled into one.

(And not to say I’m paying more attention than the writers, but they have a character they’ve established to be 32 fondly remembering the ‘80s. Memories, presumably, of nursing and incontinence.)

Possibly the oddest choice Inside Job makes is to have the self-described ‘deep state’ be an operation completely separate to the state – instead, it seems to be some kind of private corporation. I hate to get conspiratorially minded, but, after all, they started it: this seems like a particularly unconvincing ‘nothing to see here’ sign, a deliberate attempt to muddy the waters for the average viewer.

Even if you assume no malicious intent, and I leave that entirely to the reader, the deep state here magically becomes a corporation for the same reason Inside Job is a bit too focused on petty office squabbling – that damnable bit of advice to ‘write what you know’. This is the same reason that in films and television, every job involves frequent ‘pitches to the board’, because that’s what the writers know, that’s what it’s like to work in the media.

This, really, is the grand central conspiracy at work here. Inside Job was not made with any special love of the conspiracy or the deeper workings of intelligence agencies, but rather as another animated comedy in a fairly saturated market which just happened to take the deep state as its backdrop, operating by basically the same rules as all its fellow cartoons. It is a product, it is shamelessly a product, though one that works fairly well – so at least nobody dropped it during the manufacturing process.

READ MORE: Inside No. 9: Season 6 REVIEW – Another Round Of Twisted Tales 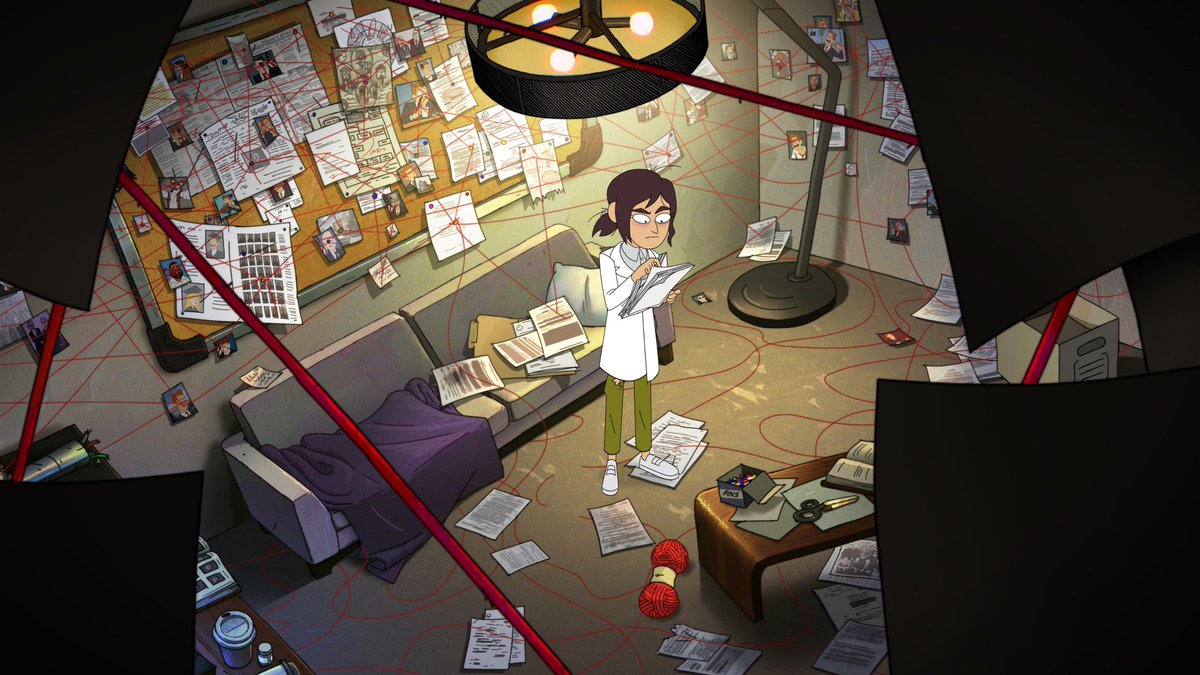 Verdict
Inside Job raises more laughs than you might expect for something which never rises above going through the motions. Probably best watched half-zoned out, in company, so you don’t have to think about it too much.
6
Cultured Vultures is a pop culture website established in 2013 covering all things gaming, movies, and more. We eat your words.
All The News On The Biggest Games