It's five seasons in and the cartoon with the pickle man is getting complacent. 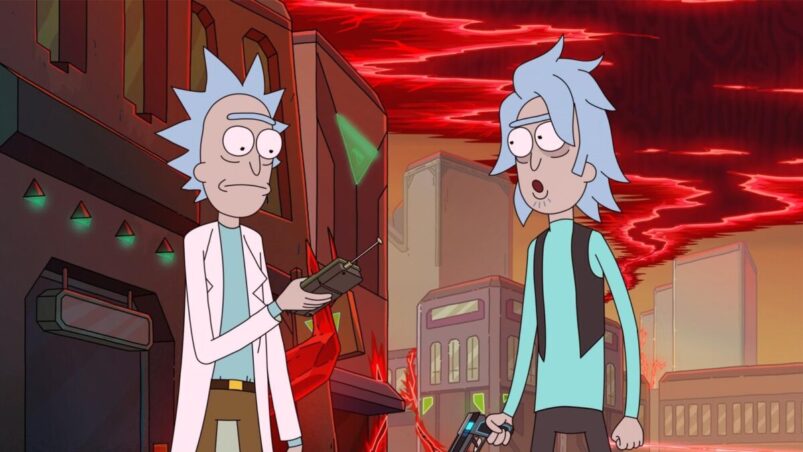 “We had too much money, too much equipment and, little by little, we went insane”
– Francis Ford Coppola

Coppola was speaking about the troubled production of Apocalypse Now, having essentially been granted a blank cheque after the success of the first two Godfathers. But I’d be very surprised if similar words didn’t flash across Dan Harmon’s mind from time to time.

Rick And Morty being an animated production, money and equipment (and indeed being deep in the Philippine jungle) don’t register so much as concerns. What they have too much of is, straightforwardly, praise. When Rick And Morty pops out an enduring idea, you’ll know about it – hence the way Pickle Rick became a meme, and the much-mythologised run on the limited edition Szechuan sauce.

The issue there is that having become such a hit so quickly, there’s nowhere to go except down. Even Rick And Morty’s idiosyncratic schedule (think of the show inviting us to rejoin them “in, like, a year and a half…or longer”) apparently isn’t enough development time to maintain the level of quality to which we’ve become accustomed.

And so it is that with this season, the fifth of the twenty or so already earmarked for this obvious ratings whale, you cannot escape the feeling that they’re not merely taking their foot off the gas, but popping it on cruise control and wandering into the back for a drink. Material that would surely have been left on the writers’ room floor in previous years is suddenly coming up on screen, with an air of ‘where’s our cheques?’.

Take some of the parodies in play here. Rick And Morty’s track record of spoofs isn’t spotless, there was that groan-worthy episode in the second season where they were simply redoing forgettable horror film The Purge, but at least that was a notable aberration. This season has them drop in big, clunky, episode-long references to 1980s Saturday-morning shows Captain Planet and Voltron – and what’s more, they do so in ways that make it perfectly clear they’re expecting a big laugh and possibly applause simply for including something recognisable.

(The baby boomer generation gets a lot of stick, but my God, the gen-Xers who think reference humour is so much cleverer than it is are a millstone around the neck of culture.)

And that’s not even close to where this season stops leaning on familiarity, bringing back one-off characters from times past, most notably President Keith David and the artificial intelligence of Rick’s car. It also has yet another go at the strange, lumpy, subaltern creatures that seem to follow Rick around like a rotating slave caste, which isn’t a type the show does badly but is well-trodden territory by now. We’ve already had Mr. Meeseeks, Mr. Poopybutthole, and Noob-Noob – and Mr. Poopybutthole is still knocking about as a meta-voice.

There’s nothing necessarily wrong with finding a niche and doing it well. Unfortunately, this is what the broader show has failed to do. The self-awareness it once wore so lightly has turned into a patching-over of obviously weaker material – and parts of this season are played so straight, like the episode where horrible monsters are mown down with no consequences, that it’s hard to even recognise it as Rick And Morty.

In a possible apogee of clinging to the familiar, this run actually sees Rick And Morty throw its hands up and delve into Rick’s mysterious backstory, something which they’d previously mined many laughs from leaving deliberately vague. Now, the only laughs to be had from it are self-satisfied, self-deprecating little chuckles of ‘wow, we’re really doing this, aren’t we?’. Still, at this point it’s hard to imagine that particularly matters to the fanbase. As the show itself once said of some crowd-pleasing fluff, it really gets their dicks hard.

Part of the issue here comes back to the kind of praise that Rick And Morty has always attracted, and the enthusiastic fans that go with it. There has been a lot of speculation over the wider story, which is perhaps why the writers were reluctant to go into it, for fear of not living up to expectations. So here, they’ve met those expectations exactly – confirming what the fans had thought, and giving a shrug of ‘yeah, we came out and said it’. Again, this cannot help but feel like taking the safe option.

Admittedly, these expansions of the canon are treated as the banner events they are, full of spectacle, sound, and fury. That’s the best you can say for them, though. Balancing action scenes with humour is always a tricky needle to thread, and for much of these they’re not even trying to. The show which was once well aware it was sending up the sci-fi genre now seems to be in real danger of mistaking itself for an actual space opera.

Seeing Rick And Morty embracing this kind of comfortable, familiar territory merely throws it into sharp relief how much better it is when it hits you with something genuinely left-field and unexpected. And it’s to the show’s credit that, even having been trotting about on a galactic scale since day one, it can actually still surprise you. You know, occasionally. Not as often as you might like, though.

Ultimately, it’s hard not to think that Rick And Morty has made a rod for its own back. Having created all these tantalising hints toward the wider story, at some point it was going to have to make good on them. But this has seemingly turned into a structure that’s a bit too rigid for what the show should be.

Rick And Morty’s always been at its best when it’s a genuinely madcap, anarchic experience – it is, after all, a cartoon, and one that’s never been shy about mocking the limitations of the medium. The team behind it know what kind of a beast it is by now. I realise you can’t simply tell them ‘be more creative!’. However, when your self-described ‘high-concept sci-fi rigmarole’ has turned into two teenagers desperately trying to impress the cool new kid (a horrifying real plot from this season) you need to take a long, long look at yourself in the mirror. They had too much praise, too much trust, and little by little they grew proud.

READ MORE: The Rick and Morty Comic Series is Essential for Fans of the Show 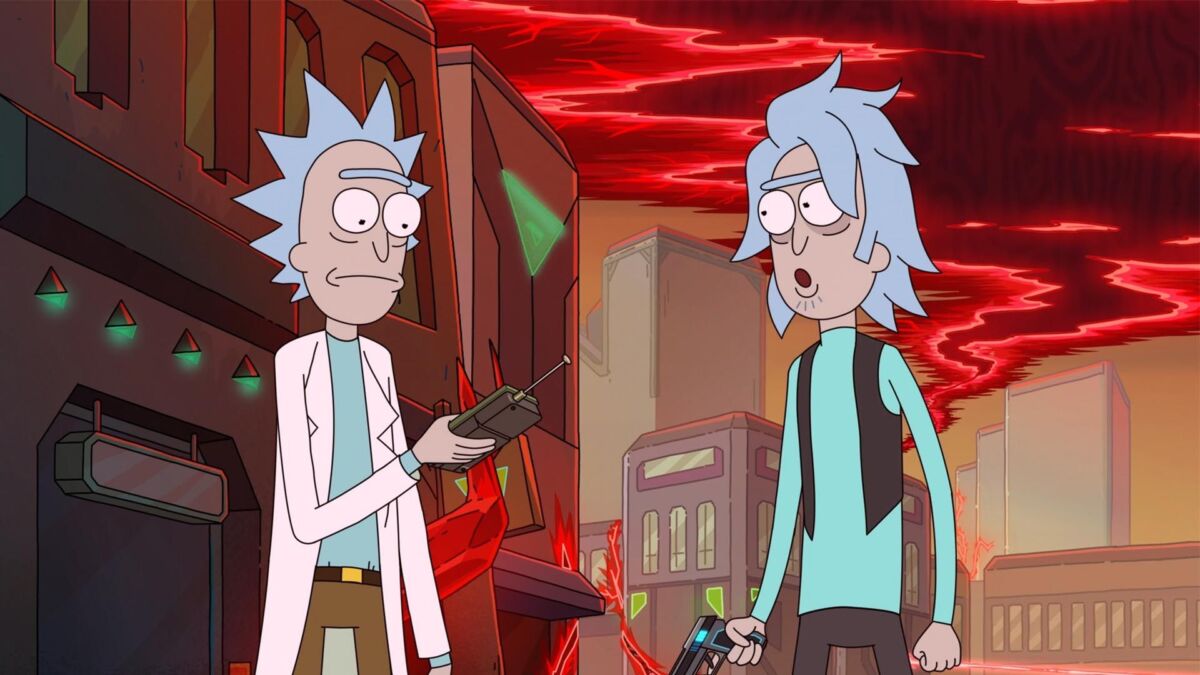 Verdict
Season 5 of Rick And Morty is worryingly uneven for the cartoon that breathed new life into the medium. The fans, who have after all been following it for eight years now, will be happy to see it grappling with a wider plot, though perhaps not so happy to see exactly how that happens in practice.
6
Cultured Vultures is a pop culture website established in 2013 covering all things gaming, movies, and more. We eat your words.
All The News On The Biggest Games