The Archer gang continue to struggle with their own flaws - which is by far the best bit. 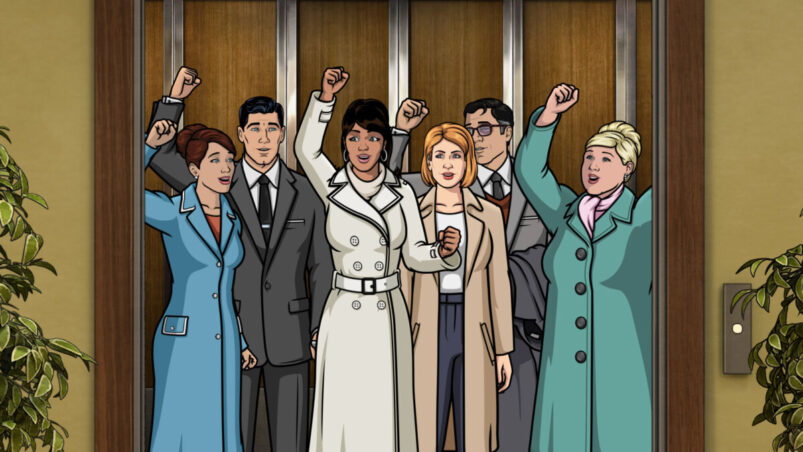 Archer’s greatness lies in its contrasts, the textures and nuances of a show which could easily have descended into a two-dimensional parody but instead opted for a layered world which delights in puncturing the glamorous illusion of international espionage. It is this strength to which Season 12 predominantly continues to play, the high-stakes spying and jet-setting adventures ever-tempered by the threat of globalised spy conglomerates, crippling financial concerns, and the intrusions of personal life into the world of work.

This season’s opening, which sees a glamorous showreel of the team’s recent exploits turn out to be nothing more than the mirage of a self-serving marketing firm, establishes this premise early doors. Small-town ISIS (a name now redacted for obvious reasons) is struggling to stay afloat, and the sharks circle in the form of the International Intelligence Agency, AKA the IIA, helmed by a charismatic Brit named Fabian Kingsworthy.

Feeling the strain are the central characters, partly due to the return of Archer himself and partly due to new dynamics and new players. Lana’s relationship with billionaire husband Robert, now the agency’s main investor, has become increasingly fractious as work and personal lives become intertwined. Meanwhile, Archer’s return disrupts an office dynamic which evidently operated far more smoothly without him, with Cyril now shedding the alpha male bravado he discovered during Season 11 as his former insecurities take hold.

Fresh characters, meanwhile, offer the chance for new voice talent, with anarchic comic force Eric Andre only slightly underused as ‘The Professor’, and Kayvan Novak proving his worth as a genuine master of his craft by becoming almost unrecognisable as the seemingly villainous Fabian, the new additions mostly adding value rather than detracting from established dynamics.

That said, Season 12 is at its weakest when such dynamics are interrupted or else spread a little thin. At times the intimacy-cum-claustrophobia of the earlier, office-bound seasons is lost as outings often focus on Sterlings rediscovery of himself as an agent rather than as a coworker, and occasionally there’s a sense that a few ISIS members are treading narrative water or else not involved at all. Pam and Cheryl continue to be a fruitful dynamic, though it’s a shame that Ray’s presence seems to have diminished as the show has gone on, possibly due to voice actor Adam Reed’s decreased involvement in his own creation.

It’s unsurprising, then, that the best episodes of the season revolve around reigniting those ever-fruitful comedic dynamics by focusing less on adventure and more on character. Archer has always been a show primarily about dysfunction, about incompetent people struggling with their own flaws, and it shines when the entire gang are all present together, their clashing idiosyncrasies playing off one another for maximum effect.

A fine example is ‘Shots’, the fifth episode of the current run, which ditches far-flung jungle forays to crash back to Earth with a team-bonding episode as the gang fret that they might have lost their sense of fun now that Archer has returned and Lana has a husband and child. Archer might be named after its titular hero, but it’s always been an ensemble show at heart. Office dynamics collide with the ever-intrusive pitfalls of spy life as the team ‘Pampage’ their way through Manhattan unwittingly pursued by nefarious henchmen in what might be the season’s comedic high point.

Brilliant, too, are the episodes which focus on character development as well as character conflict. ‘Dingo, Baby, Et Cetera’ sees the show delve back into the origins of its central protagonist, a perfectly-realised narrative playing out like a mini spy thriller as forgotten loves re-emerge from the shadows and double crosses abound. I’ve occasionally griped that Archer has denied its audience moments of emotional resonance in favour of subversive flippancy, but ‘Dingo, Baby…’ shows its softer side without sacrificing the laughs. ‘Krieger, get this off!’ Sterling screams with a Japanese octopus latched onto his face. ‘Good thought, but I don’t think we have time for that’ the depraved doctor earnestly replies. Few shows manage moments of real emotional resonance a few moments after making jokes about tentacle-based erotica.

Things go awry when the focus on character is lost, or else dropped to the background. Archer has always managed to have most of its stories thrust forward by the actions and desires of its ‘heroes’, or else has found a way for such desires to be confounded by such narratives, but a few outings do feel worryingly close to filler rather than thriller. ‘London Time’, while an enjoyable outing in its own right does little to truly advance the season’s overarching narrative, while ‘Photo Op’, despite its best intentions to further Lana’s characterisation, ends up seeming like an arbitrary diversion rather than an integral part of a larger picture.

These are gripes and grumbles rather than fatal flaws, and a good episode, or occasionally a great one, is never far on the horizon. Not all of the gags land, of course, the show still leaning on its propensity to place a pause where a joke should be, and there’s certainly a charge to be levelled against some slightly patchy writing for the weaker outings, but Season 12 still finds Archer doing what it does well and moving things forward enough to justify its own existence,

The animation stays as lovely as ever, the slightly choppy style and anachro-retro aesthetics retained much to its benefit, while it remains evident that the voice cast still retain a love for the characters they bestow with life. Despite a few signs of age creeping into Mallory’s rasping blade of a voice, Jessica Walter’s ability to dominate proceedings remained undiminished until the end. The show will certainly be a poorer one without her. 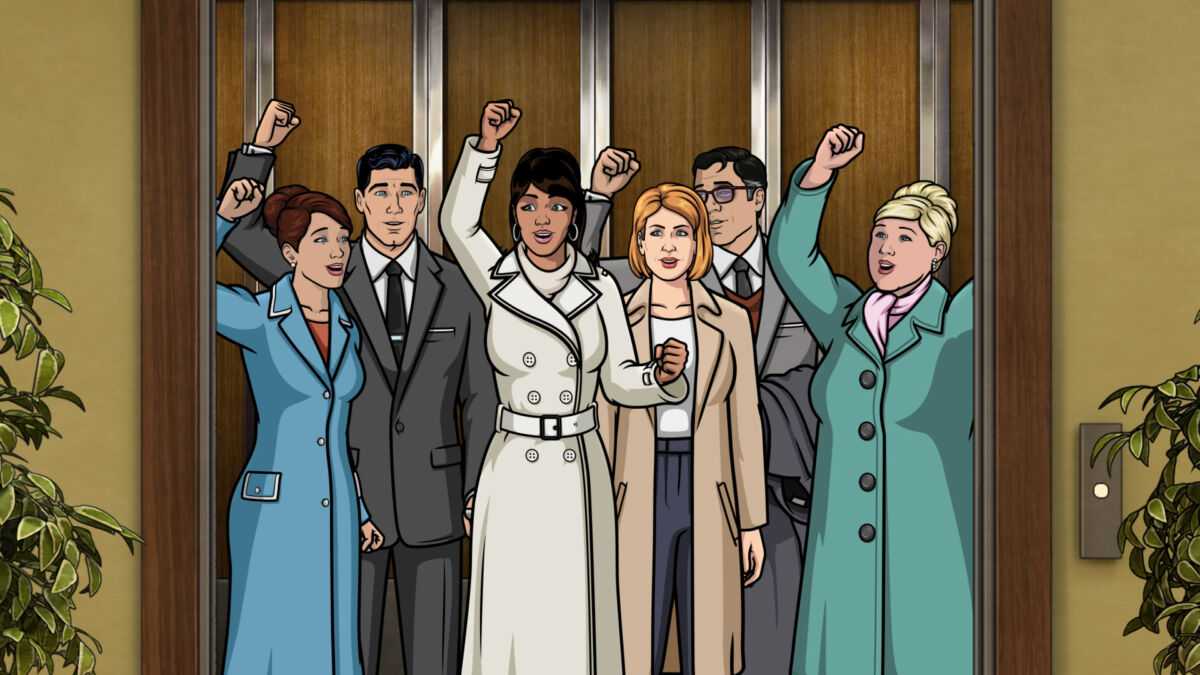 Verdict
It may be a little patchy at times, but season 12 of Archer sees the spy saga justify its long run, and proves that the show is at its best when it plays to its true strength – its characters.
7
Cultured Vultures is a pop culture website established in 2013 covering all things gaming, movies, and more. We eat your words.
All The News On The Biggest Games