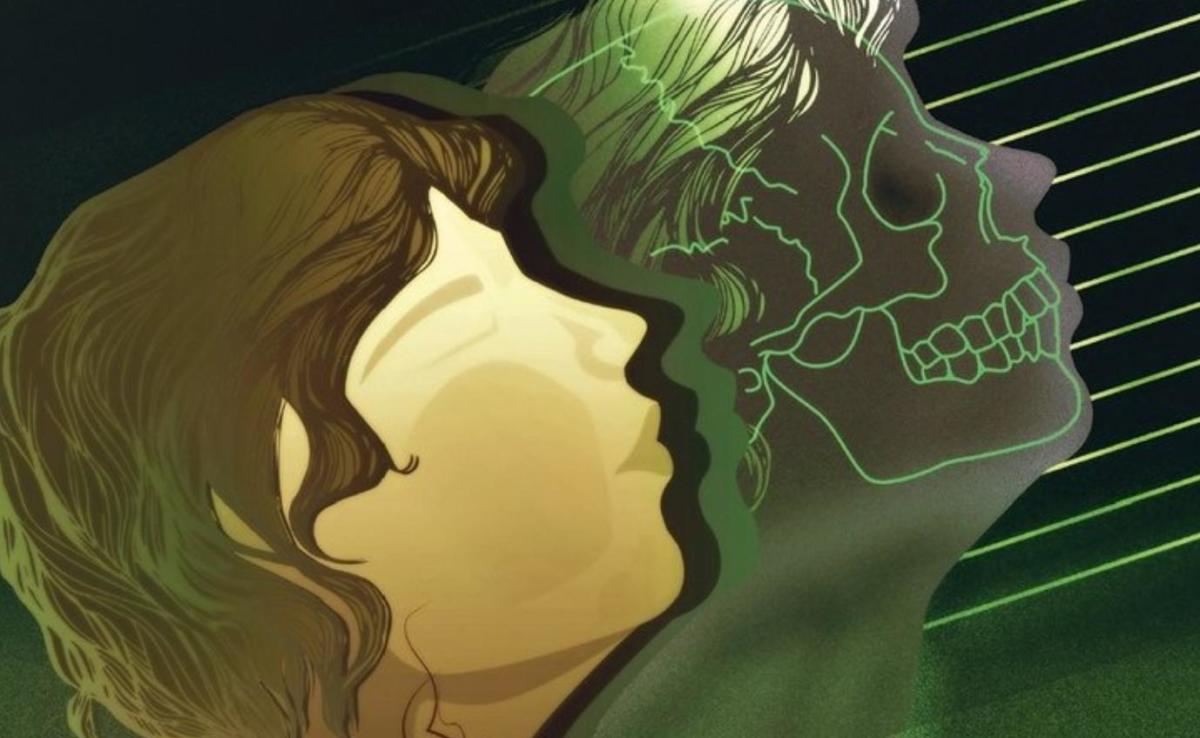 Christopher Maxim is an author of “creepypastas”, which are internet horror stories and urban legends circulated around on image boards, Reddit, and social media. Creepypastas are often created anonymously, however Maxim is an author who became well-known and well-regarded enough to become a recognizable name. He’s been published in anthologies and self-published two novellas. How to Exit Your Body is his first collection containing seven of his stories featuring an introduction by YouTube creepypasta reader CreepsMcPasta and illustrations by Crowtesque.

The titular story, “How to Exit Your Body,” is about a man interested in lucid dreaming who finds a book that gives instructions how to have one’s mind leave their body while they sleep. It ends with a dire warning to never go near water in this state. He’s skeptical at first, but after giving it a shot, he finds that it works. He gets a friend to join him in his nightly trips and they soon discover the the warning to stay away from water was dead serious.

“The sleeping mind fascinates me; namely the nighttime hallucinations we call ‘dreams.’”

This story is a good example of what the best stories in the collection do. They create a subtly off and creepy but not immediately horrifying atmosphere before pulling the rug out from under the reader. In this story, the world the narrator sees while out of their body has odd colors and no living beings. At least it seems that way at first. Its ending is well done and doesn’t give too much away, leaving the readers questioning and creeped out.

“Never Use Cheat Codes on an Ouija Board” is another story in this vein. A man buys an Ouija board that comes with a frame and set of special instructions. It states that by putting in certain combinations of letters and number, you’re able to see flashes of your loved ones in the frame. He tries it and to his surprise it works. He also finds that different combinations make him able to see other things. He begins to realize that they’re things he wasn’t meant to see.

“After placing the planchette over the corresponding characters, I looked up at the frame. I swear I saw a milky, white fog manifest behind the glass. No image, just cloudy particles dancing about like dust brushed off of an old book.”

Stumbling on to doors to other worlds through mundane means is a recurring theme in Maxim’s stories, but he tells them very well.

A story that departs from this is “A Diner Open 25 Hours a Day.” A man on a business trip stops at an isolated diner that claims it’s “open 25 hours a day.” When he steps inside, the waiter begins acting weird and the door disappears. He soon discovers that the diner is no diner.

This is probably the most unique story in the collection. It’s a unique mixture of horror, science fiction, and dark comedy. It’s over the top and a little cartoonish at times, but it fits the tone of the story very well.

My least favorite story in the book was “The Axe Man’s Lullaby.” After a boy’s mom dies, his father moves them to a cabin the woods and takes up a new job selling firewood. The boy soon finds his father is going into the woods with his guitar to sing. He follows his father to listen. Everything changes one night when his father leaves his guitar at the cabin before he goes into the woods.

“I stood in awe of what I was hearing. A haunting mixture of melodious vocals and the rustling of trees in the wind filled the forest. I knew he played, but I never knew he could sing. It was breathtaking, for lack of a better word.”

The story has an interesting build up and some good atmosphere, but the twist at the end is a letdown. It’s far too obvious and feels incredibly cheap.

Verdict
How to Exit Your Body and Other Strange Tales is a solid collection of creepy tales. Most of the stories are simple and straightforward but well-crafted. Fans of horror will certainly enjoy this. I know I'll be checking out more of Maxim's stories online.
7.5
Cultured Vultures is a pop culture website established in 2013 covering all things gaming, movies, and more. We eat your words.
All The News On The Biggest Games