You can't just blox this game out. 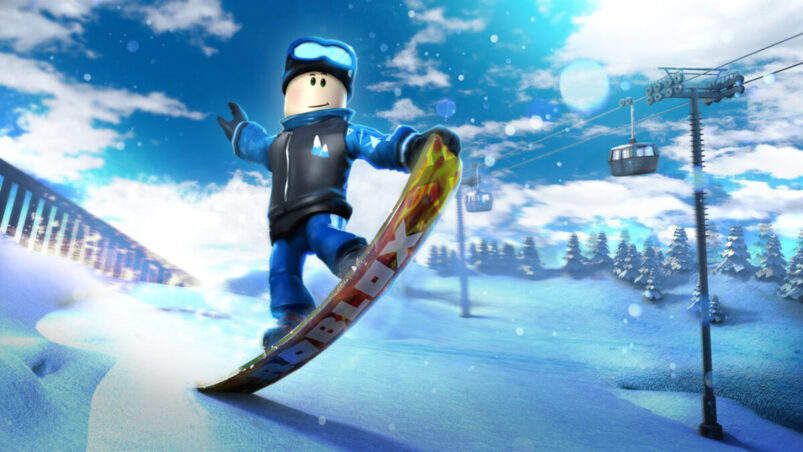 Roblox is a massively popular online games platform that boasts a collection of over 50 million community-created games. It allows users to play all types of games, from Sims-style RPGs to kid-friendly GTA clones.

While Roblox doesn’t appeal enormously to adults, it’s extremely popular with younger generations, with more than two-thirds of US children aged 9 to 12 playing it. Its popularity doesn’t seem to be fading any time soon either, with 2020 and 2021 being the most successful years in the game’s lifetime.

So, just how many people play Roblox in 2021? Here’s everything you need to know about the current state of this virtual game platform.

Roblox has been around since 2006, but it didn’t have nearly the same amount of attraction and appeal it does now. It has spiked in popularity over the last few years, specifically with younger generations, even more so in 2020.

In a recent earnings report for the second quarter of 2021, Roblox Corporation revealed that the game has a total of 43.2 million daily active users for all platforms. This was an increase of 29% year over year.

In addition, the number of hours engaged for Roblox over the same period was 9.7 billion, up 13% year over year.

These figures combine the stats for all platforms, but according to MMO Population, Roblox had around 8.9 million subscribers in April 2020 and 254,900 daily active players for PC and Mac.

Fast forward to September 2021 and Roblox has roughly 22.69 million subscribers and a whopping 862,400 users playing each day on PC/Mac. That’s almost double the active players it had in December 2020, which is a pretty impressive feat in just nine months.

Furthermore, Roblox had a monthly player count of around 150 million in May 2020, which was greater than Minecraft’s monthly player base at the time. Minecraft currently stands at 140 million monthly active players.

There’s no reliable data on Roblox’s current active monthly player base, but seeing as the game’s active daily players figure has risen significantly within the last year, it’s likely still ahead of Minecraft.

Roblox is also one of the most downloaded free games on both the App Store and Google Play Store. On both app stores, Roblox amassed 158 million downloads in 2020 and ranked third in Apple’s top free charts list of the same year.

The game launched on Xbox One in 2016, instantly becoming a huge success. In just its first month, 830,824 users downloaded the game – over 746,000 of those signups were brand new accounts.

Unfortunately, Roblox’s active player count on Xbox One hasn’t been updated since then, but it’s likely still pretty popular on the platform. In fact, Roblox is currently listed in the top ten most played games on Xbox on the Microsoft Store, so it’s still managing to pull in new users and hold onto veteran players.

In 2020, Roblox had around 1,500 concurrent viewers, doubling that figure in 2021. This isn’t too surprising as the game has never been more successful than it has been in the last couple of years.

Roblox’s highest number of concurrent viewers on Twitch was 216,499 on April 24th, 2021. It hasn’t come close to reaching a similar peak since then, with June 2021 being its poorest month in quite some time at a peak of 20,000 viewers.

In contrast, Roblox performs extremely well on YouTube. It amassed a staggering 75 billion views on the platform in 2020, becoming the second most-watched game, behind Minecraft.

Popular YouTubers like Flamingo, Denis, and Tofuu frequently upload content on the game that gains a lot of views and traffic. Unfortunately, Twitch doesn’t have many dedicated Roblox streamers, though this might be because the game’s core demographic is children between the ages of 8 to 15, particularly those under 13.

Twitch is off-limits to those under the age of 13, but YouTube is a lot more family-friendly, especially as it has a separate version of the platform targeted specifically for children called YouTube Kids.

Many Roblox YouTubers create content that is tailored to younger users, but Twitch isn’t overly popular or appropriate for younger children. As a result, most Roblox content creators have found more success streaming and making videos of the game on YouTube than on Twitch as that’s where the majority of their audience is.

Given Roblox’s popularity and high active player figure, you’d expect it to bring in a sizable return each year. Unfortunately, this isn’t the case.

Despite pulling in a lot of money, which has only increased as interest in the game grew, Roblox is still unprofitable. Roblox Corporation revealed that their revenue for the first three quarters of 2020 was $613.9 million, with a net loss of $194.5 million.

The company also recently shared its financial report for the second quarter of 2021, and again, while Roblox pulled in a ton of revenue, it still made a loss. Revenue for the quarter was up 127% ($454.1 million) compared to the same period in 2020.

However, Roblox still made a total loss of $140.1 million for the second quarter of 2021. Bookings were an average of $15.51 per user for the period, which refers to how much a single player typically spends on the platform.

These net losses seem to be due to an increase in spending across the company’s operations, as well as a rise in the cost of share-based compensation. In March 2021 when the game first went public on the New York Stock Exchange, shares were $64.5 apiece, putting Roblox Corporation’s total value at $41 billion.

This was more than double Epic Games’ value at the time. If you take a look at the company’s estimated value since then, it has steadily climbed.

Furthermore, Roblox Corporation predicts that Roblox will bring in between $1.4 billion to $1.5 billion of revenue by the end of 2021. They also believe that it will amass $2.1 billion in non-GAAP bookings by December 31st, 2021.

Alongside an estimated higher total revenue for the whole of 2021, the company predicts that daily active users will rise between 34.4 million to 34.6 million for the entire year.

The Future of Roblox

With a record number of daily active players that continues to grow, Roblox’s future certainly doesn’t look empty. However, the game still struggles to turn a profit and is currently facing concerns about exploiting its players, which could be problematic in the long run.

While Roblox is free-to-play, it does have microtransactions. Players can exchange real money for an in-game currency called Robux, which allows you to unlock a range of consumables, cosmetics, power-ups, etc, for a specific game on the platform.

Roblox is most popular with children under the age of 13, so its audience is largely unprofitable – many of its users will not have access to a reliable source of income. This is shown by the game’s average bookings per daily active user, which was just $15.41 for the second quarter of 2021.

All the games available on Roblox are created by other users, with 24.5% of the profits going to the creators. This means that Roblox Corporation takes a hefty 75.5% cut from each sale, which has recently caused a lot of backlash for the company.

So, if a user spends $15.41 in-game, Roblox takes $11.63 and the developer gets just $3.78. Unless Roblox addresses the concerns of exploiting its players and developers, it could drive away new and veteran players, as well as make parents increasingly wary of letting their children invest so much time on the platform.

Roblox is free-to-play on PC, Mac, Xbox One, iOS, and Android.

READ NEXT: How Many People Play Garena Free Fire In 2021?