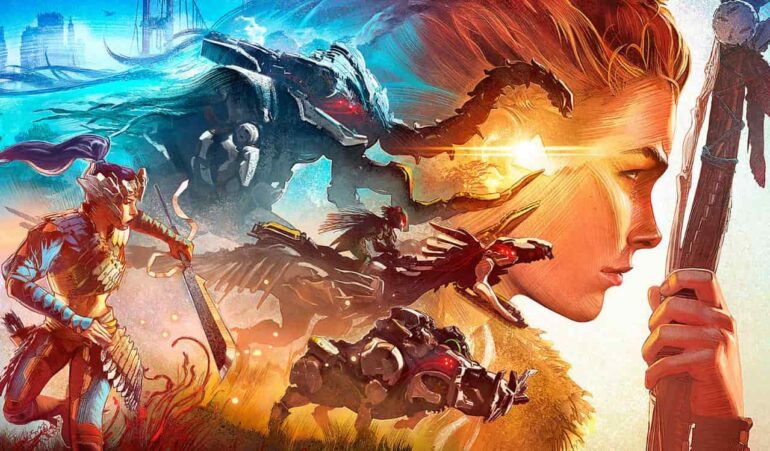 The Horizon game series has been incredibly successful, with Horizon Zero Dawn being a massive critical and commercial success for PlayStation. Developed by Guerilla Games, Horizon Forbidden West was one of the most anticipated PS4 and PS5 games of early 2022. Is Horizon Forbidden West making its way to PC too, though?

Horizon Forbidden West was released on February 18th, 2022 officially starting up Aloy’s adventures again for players to tag along. Its reviews have been favorable, with fans calling it a worthy successor to Horizon Zero Dawn.

The game’s predecessor made the surprising jump to PC in August 2020, seeing massive success on the platform much like it did on PlayStation. With the recent release of Horizon Forbidden West, PC users are hopeful that the sequel will also head over to PC soon. Whether it will or not is still largely up in the air.

In Horizon Forbidden West, Aloy must find the key to eradicating a red plague that is destroying both wildlife and foliage known as the Blight. She finds herself on a massive journey that broadens the scope of the game’s science fiction setting further than Horizon Zero Dawn did.

The story remains personal, with Horizon Forbidden West focusing on the humanity found in others and how one connects to that to create friendships, new and old. The dialog is reminiscent of Dragon Age, proving that it is more than just an open-world action game.

One of the biggest flexes the game offers is Guerilla Games’ technical art skills which truly bring the characters you meet to life. Players are able to see the emotion, whether it be happiness or fear, on their friends’ faces. This emphasizes the theme in Horizon Forbidden West of finding humanity in yourself and others.

However, hope is not lost. PlayStation exclusive titles like God of War and Days Gone have made their way to PC. Even the game’s predecessor, Horizon Zero Dawn, is available on PC. A PlayStation Studios Steam page has also been created, which hints that more titles will inevitably be headed to the platform.

With the Horizon series already having made its claim, it seems likely that at some point in the future, Horizon Forbidden West will head over to PC, too. This will most likely happen a few years down the line, though, as Horizon Zero Dawn took three years to move from PlayStation to PC.

READ NEXT: Is Returnal Coming To PC?