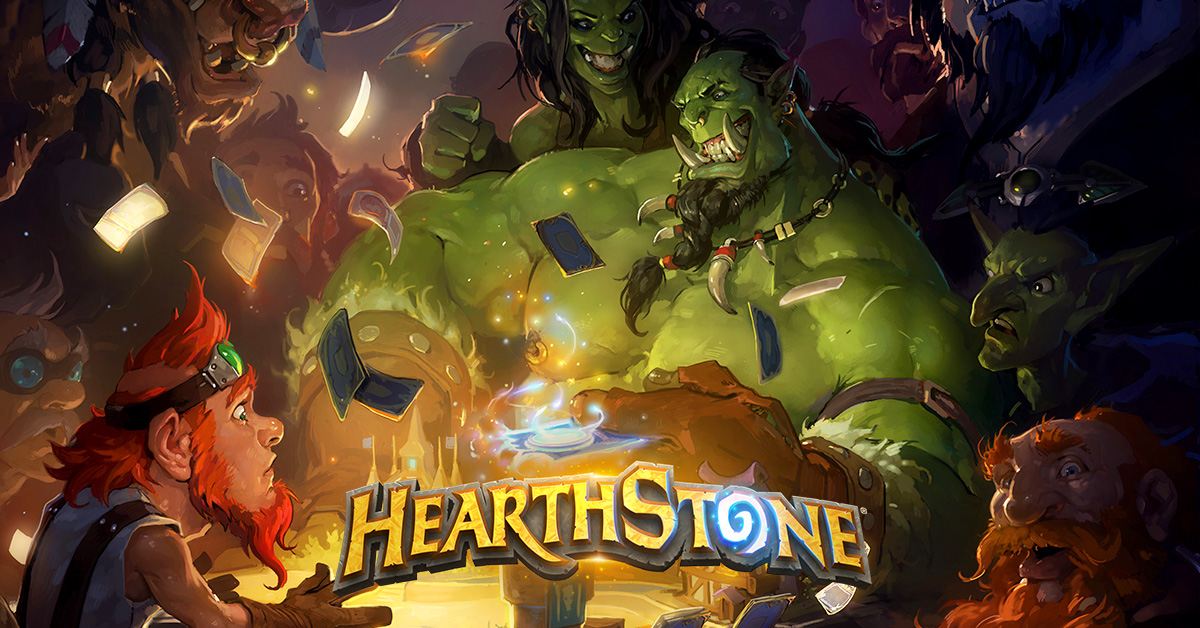 Loading up Hearthstone for the first time can be a daunting experience. However, the in-game tutorial will teach you a lot about the mechanics of the game, and Blizzard has a great selection of content on Hearthstone’s official site that will teach you more about the game.

Once this is done though, you’re somewhat on your own. What should your next steps be? Well, for starters, you should take a look through the tips and tricks below. They won’t turn you into a Hearthstone master overnight, but hopefully, there’s some useful advice that can help you get to grips with the game a bit more, or give you the confidence to try out everything the game has to offer.

Without further ado, here’s 18 tips and tricks to help get you started in the wonderful, weird world of Hearthstone! 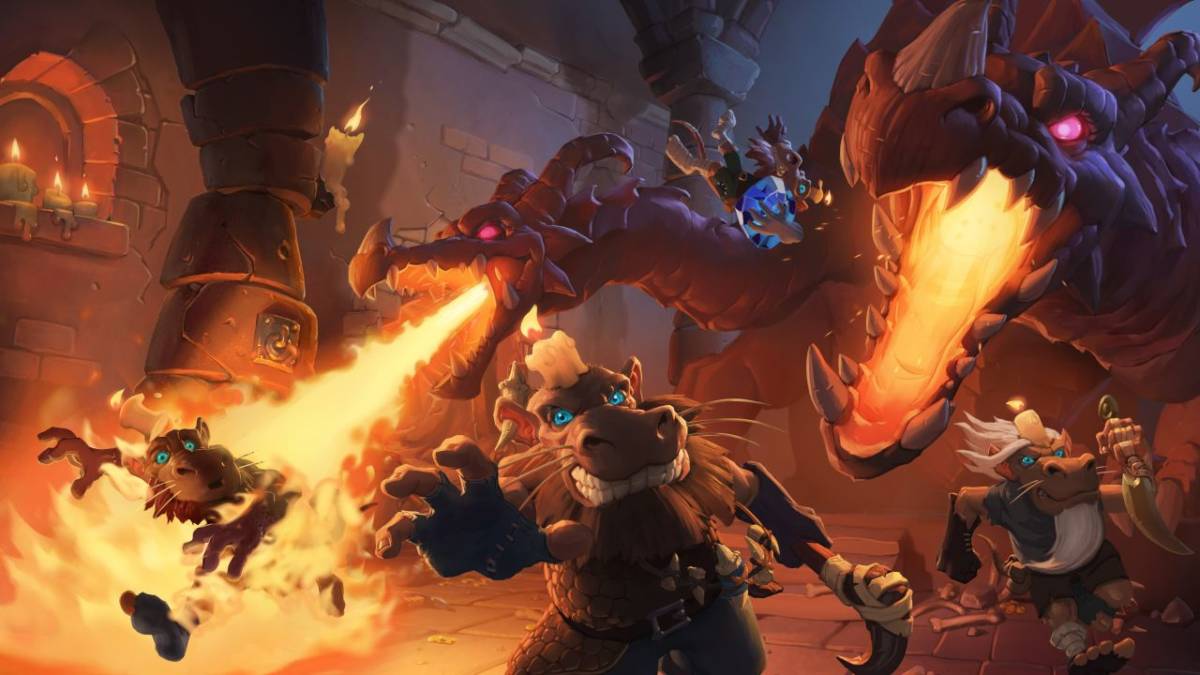 You’ll receive a new quest every day, and completing them earns you a small amount of gold. Complete your quests as often as you can, and you’ll have a regular influx of gold to spend on card packs and Arena runs.

2. Spend gold on the Arena, rather than packs

Speaking of gold, it’s generally better to save up and spend 150 gold on an Arena run, rather than 100 gold on a card pack. You’re guaranteed to receive at least one card pack from playing in the Arena, and you should profit from your gold investment if you achieve three wins or more in your run. If you want to get the most value out of your gold, the Arena should be your first stop.

3. Build your own decks

Finding a deck on the net and piloting it to high ranks feels good, but building your own deck can feel even more rewarding. It might not take you to Legend, but putting your own twist on an archetype that already exists or trying something completely new is a lot of fun, especially if you pick up some wins along the way.

Hearthstone can be a stressful experience, so take a break every now and again with some Dungeon Run. This solo experience offers up new and unique challenges, and allows you to take a break from the grind of Ranked. Plus, if it’s your first time playing the mode, you’ll also be able to earn some packs. And, if you clear a Dungeon with each class, you’ll get an exclusive card back too. Don’t miss out on one of the game’s best modes!

5. Think of losses as a learning experience

Losing sucks, but there’s usually something to be learned from each loss. Games in Hearthstone can be won or lost with a single decision, and if you don’t recognise where you went wrong, you’re only dooming yourself in future games. Even veteran players still have things to learn, so don’t fool yourself into thinking you’re an expert after a few wins!

Pulling a shiny Golden card from a pack feels great, but if you’re still building your collection, it’s often better to disenchant it and use the Dust on better cards. For example, a Golden Legendary is worth 1,600 Dust, which is the exact crafting cost of a standard Legendary card. If you’re unlikely to play with your shiny new Golden card and you could reinvest the Dust in more useful cards, it’s usually worth the sacrifice.

A new Tavern Brawl launches every week, offering interesting, unique ways to play Hearthstone. Sometimes you’ll have to build a deck from your own collection, and sometimes the game will give you a pre-built or random deck. Either way, you can win a free card pack every week by winning one game, and Tavern Brawl can also be a great way to finish off daily quests. Get to the Tavern every weekend for some rewarding mayhem!

Your first priority when starting a new account on Hearthstone should be levelling each class to 10. As you go through the beginning levels, you’ll unlock more cards to add to the Basic set, giving you more options when deckbuilding. Some of those cards are still used in the best decks around, so they’re going to be staples of your Hearthstone decks for years to come; better unlock them ASAP and get used to them!

9. Practice against the AI

In the Solo Adventures section, you’ll have the option to play against the Innkeeper, an AI opponent. While this might seem a bit pointless, it’s a great way to level up your classes early on and practice with decks. The AI isn’t phenomenal in Hearthstone, but it does recreate the feel of a competitive game well. Use this to your advantage in the early days.

Ranked is an intimidating word in any competitive game, but Hearthstone does a good job of easing players in. Every new player starts at Rank 25, meaning you should be playing against people in the same boat as you. You also don’t lose ranking stars between Rank 25 and 20, so there’s no punishment for losing. Start playing Ranked early, and you’ll get a better feel for how Hearthstone plays and what you’re up against in the long run.

11. Don’t feel like you have to invest real money

If you’ve ever read a feature or article on Hearthstone, you’ll probably have been told that it’s going to be a constant drain on your wallet. While this might be true for the very top tier players who invest hours into the game every day, it’s still possible to have a good F2P experience. Being smart with gold and improving your skills naturally go a lot further than just pumping money into the game to build your collection.

12. Set your own challenges and goals

Hearthstone can be frustrating sometimes, especially when you’re trying to climb the Ranked ladder. But hey, things happen that are out of your control. Sometimes, it’s nice to focus less on ranking up, and instead set challenges and goals for yourself. Build a new deck from scratch and see how far you can take it; venture into the Arena with a certain class; try and clear Dungeon Run with every class – there’s plenty of things to do in the game that feel way more rewarding when you’ve set the challenge for yourself.

13. Experiment with every class

There are nine classes in the game, and each has its own personality and mechanics. A Rogue deck plays very differently to a Shaman deck, for example. When you first start the game, don’t stick with one class; make sure you try out all the different flavours of Hearthstone and see which one you like best.

Using the Battle.net client, you can add friends to your in-game Friends List (you may even have friends already, if you’ve played the likes of World of Warcraft or Overwatch). Using the Friends List, you can observe a friend’s game to see how they’re getting on, or you can challenge them to a game. Challenging a friend is another good way of trying out a deck or getting to grips with certain mechanics, and there’s a Daily Quest which rewards you with a pack for doing so too.

15. Watch streamers/YouTubers for help and advice

Watching a game of Hearthstone can sometimes be a better way to learn the game than playing it. Seeing somebody else make plays and build decks can help show you where you may be going wrong in certain situations, and help improve your overall game. There’s loads of different Hearthstone content creators nowadays, so find one you like and try and keep up to date with their output. It should benefit you in the long run, even if it doesn’t feel like it.

16. Be wary of card rotations

Standard rotations happen every year in Hearthstone, usually around April. To prevent Standard from being flooded with cards, Blizzard removes certain expansions from the format every year, making hundreds of cards ineligible to play in Standard in one fell swoop. For example, in the next rotation, Whispers of the Old Gods, One Night in Karazhan and Mean Streets of Gadgetzan will all be leaving Standard. Keep an eye out for exact dates for rotations, and avoid waking up one day with half your deck ineligible to play!

17. Use the new rank floors to your advantage

Not too long ago, Blizzard added new rank “floors” to the game. It has always been impossible to drop backwards from Rank 20 (to help new players, as mentioned above), but in a previous update, Blizzard made it so this same logic applies to Ranks 15, 10 and 5. Basically, if you reach any of those ranks, you won’t be dropping past them that month. This can take some of the stress out of climbing, as once you hit 15, 10 or 5, you’ll have a safety net for the rest of the month.

18. Learn the ins and outs of the crafting system

Card packs are completely random, but there is another way to get the cards that you want/need. Using an in-game currency called Arcane Dust, you can craft cards to add them to your collection. Each rarity has a set price; Commons = 40 Dust; Rares = 100 Dust; Epics = 400 Dust; and Legendaries = 1,600 Dust. Dust can be earned by disenchanting duplicate or unwanted cards, and it can also be earned in Arena runs. You’ll also earn a little bit of Dust at the end of each Ranked season, depending on the rank you finished at.

Beware though, disenchanting cards only gives you a fraction of their worth, meaning you’ll need to disenchant multiple cards (or one of a higher value) to create one you want. If you’re going to disenchant cards to create a new one, make sure you’ve done the maths correctly and that you definitely won’t be needing those cards in future; once you’ve disenchanted a card, there’s no going back.

Did we forget something? Is there another tip or trick that every player should know when starting out in Hearthstone? Leave your best tips and tricks in the comments below!

If you’ll permit us to say something controversial, check out what our man Leon thought of Shadow of the Colossus. Spoiler alert: he wasn’t the biggest fan.