Why Hype Killed Shadow Of The Colossus For Me 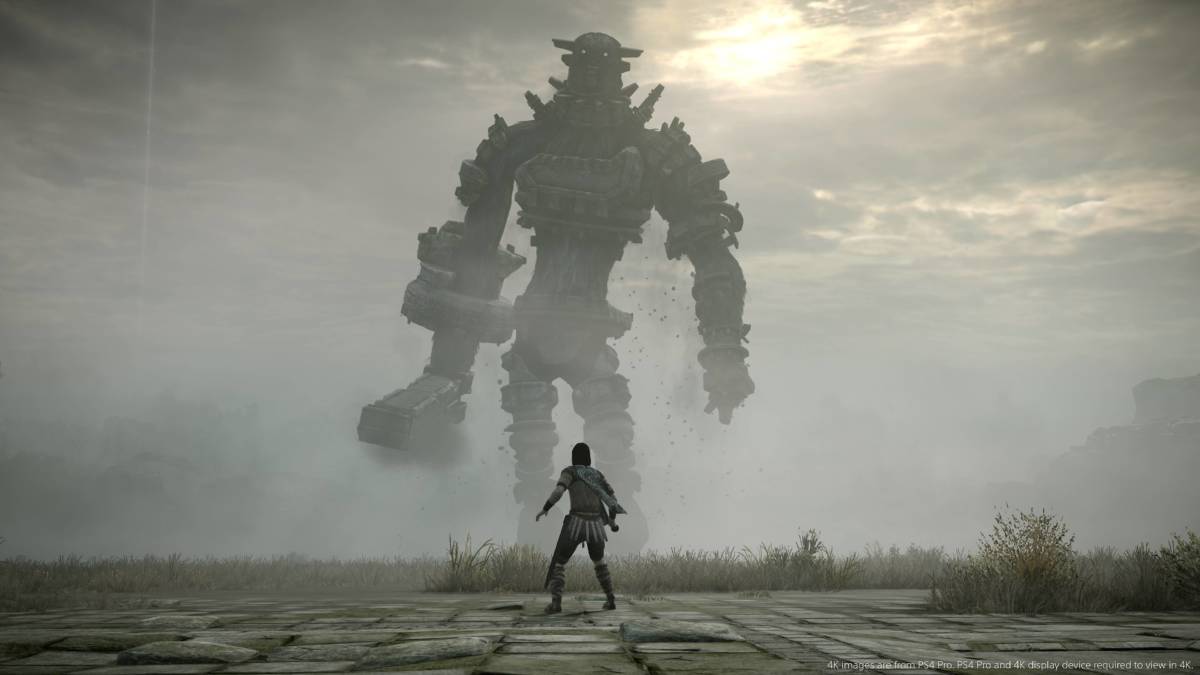 Shadow of the Colossus was one of the most highly-praised games released on PS2. When it was remastered for PS3, along with ICO, it received rave reviews yet again. Recently, it was remade for PS4. Bluepoint, striving for the closest possible way to remake the game, changed only the graphics, and small parts of the controls.

The game is still almost exactly the same, save for a few more hidden collectibles. What this means is that any and all glitches found in the original PS2 game due to the way the gameplay is built up are still in the remake. Again, it got great reviews, sometimes even better scores. However, for a newcomer like myself, the game doesn’t live up to the hype, because not only is the gameplay too buggy, the story relies almost solely on a very simple damsel in distress plot and the final boss is an over-dramatic mess. 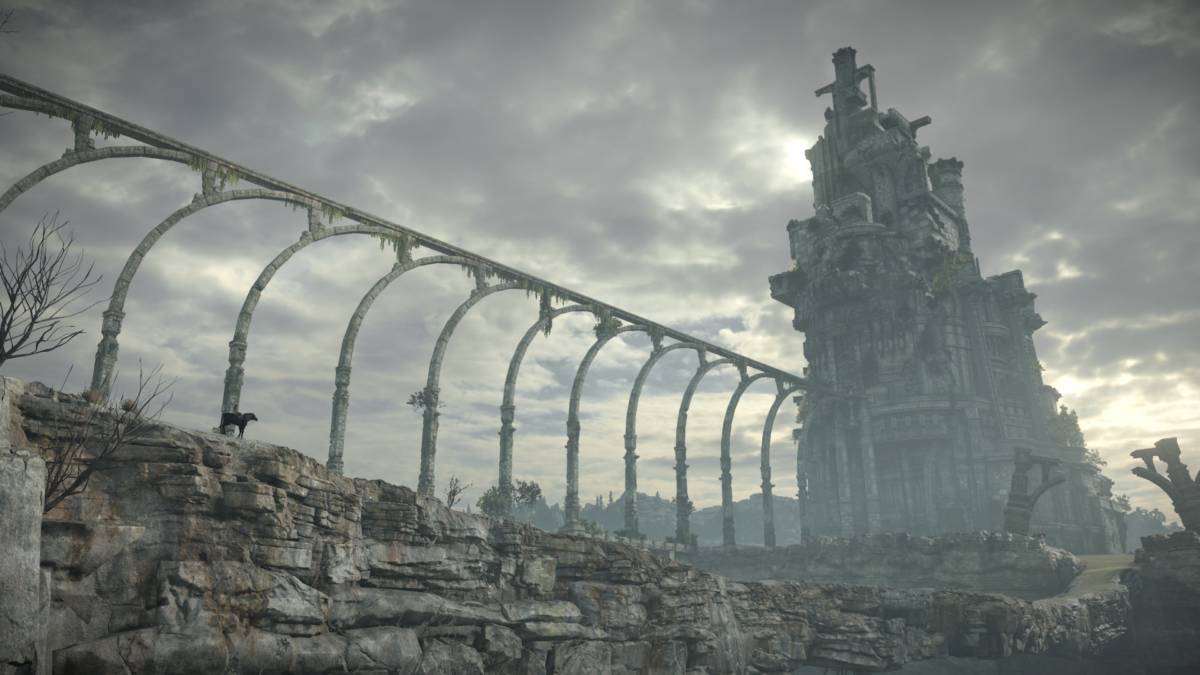 The whole game is built up around the climbing gameplay, with there being nothing to do in the game other than fighting the colossi (not counting the few inessential collectibles). This wouldn’t be a problem if the climbing mechanic in the game always managed to work as intended. Although it sometimes does, and those times are the few times that make the game a lot more enjoyable, it doesn’t work as much as it should.

It’s especially noticeable in areas densely filled with fur or grass and ledges to grab on to, like some of the larger colossi, when you try to press the button to grab. What should happen is that Wander grabs on to the closest spot to grab on to, namely the fur he is standing on, but what happens more often than not is that he teleports to the ledge that’s two body lengths away and suddenly holds on to that while upside down. This shouldn’t happen anymore in a game that’s been remastered and remade, and makes a game that was hyped as much as this one especially disappointing for someone who hadn’t played the game before.

To make things worse, the game is very bare. Since the only gameplay is the slaughtering of colossi, you’d think the game would have a great story. However, until you beat the last boss, the whole game is purely a damsel in distress story. After you finish it, new elements come into play, but these are ones that would have made the game much more interesting if they had happened during the meat of the game.

The game starts with you bringing a girl into the shrine to ask about a way to resurrect her, but without any backstory, any reason or rhyme, it’s hard to care about the girl. Even the horse, who’s your only companion throughout the game and one of the only other living things in the area that isn’t covered in armour, feels like it’s just there to be a vehicle. As you try to kill all sixteen colossi to bring the girl’s soul back, the game, ironically enough, doesn’t seem to have a soul of its own. 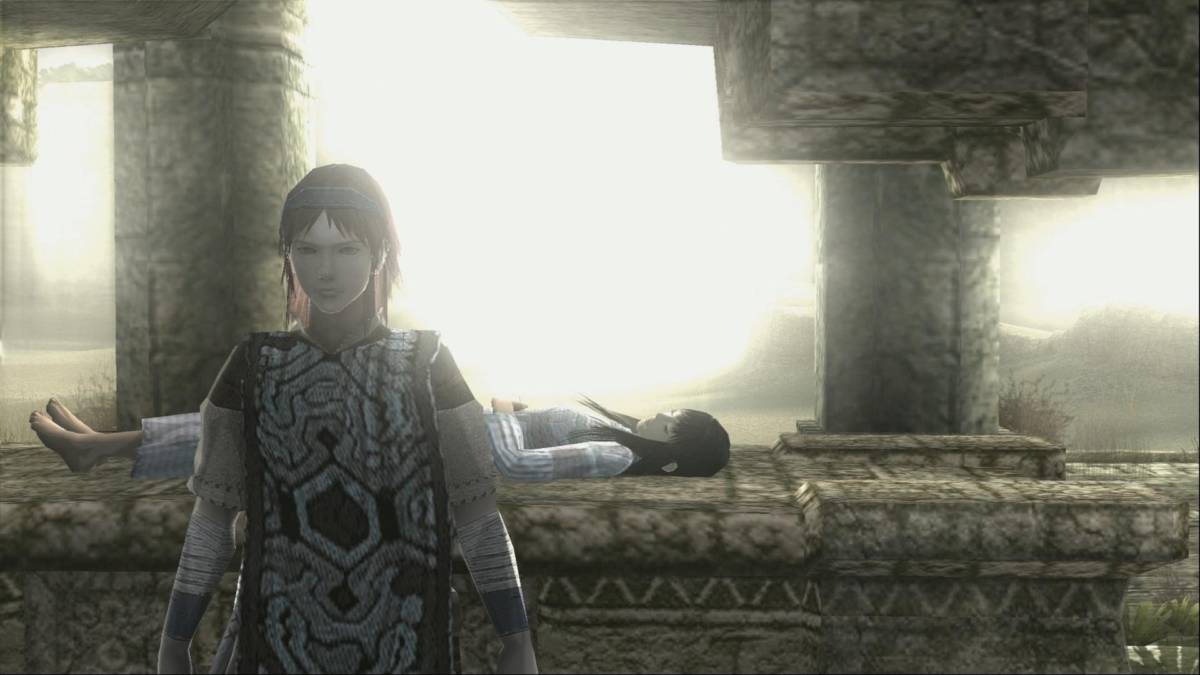 The final colossus of the game, Malus, is a menacing one. In fact, it’s so menacing that it doesn’t even make sense that it’s that menacing. Each of the previous colossi has either a humanoid or animal-like appearance that fits the way they move and react. However, what almost all of them have in common, save for Dirge and Argus, is that they were peaceful creatures until they were attacked. They were sleeping so long that they became part of nature, so it’s hard to believe that all of a sudden, after fifteen colossi minding their own business, there’s a menacing god-like colossus at the end of the road. Not only that, but the armour it wears is styled completely differently to the other colossi. Instead of being aged and in shambles, breaking apart and covered in moss, Malus’s armor is almost completely new and shiny, the only signs of aging being on one of his arms, despite the colossus being just as old as all the others.

Even the way it was presented was absolutely laughable. Suddenly, a rainstorm starts, and Malus is presented, looming in the distance, the first shot being from a lower angle, its eyes and the fire on its arms the only constantly bright things in the dark and stormy night, showcasing how menacing it is. It also can’t walk and shoots fireballs that are essentially guided missiles.  Then, after looking absolutely menacing until you get to it, all it does is look at you curiously after you’ve climbed onto its hands.

It doesn’t make sense that where all the other colossi got even more aggressive, trying to swat you away like a fly, the most aggressive colossus, willing to shoot you with fireballs while you are already knocked out and lying on the floor until you die, would stop being aggressive once you climbed onto its arms. Its appearance also doesn’t fit the rest of the game.

Shadow of the Colossus is still an enjoyable game most of the time, and at the end of the day, its colossus-based gameplay is still quite unique. However, it has too many flaws to be considered anywhere near one of the best games on the PlayStation platform, whether it be PS2, PS3, or PS4. The game suffered so much from all the hype around it, that for new players like myself, it was guaranteed to be disappointing. Let this serve as a lesson to Bluepoint. Next time they remake a game, instead of remastering the game warts and all, they should try to fix what’s broken.

If you don’t want to take your nostalgia goggles off yet, check out what our review thought of Shadow of the Colossus. Feeling artistic? Have a look at some of the best photos we took with its photo mode.