Have at ye, foul knave. 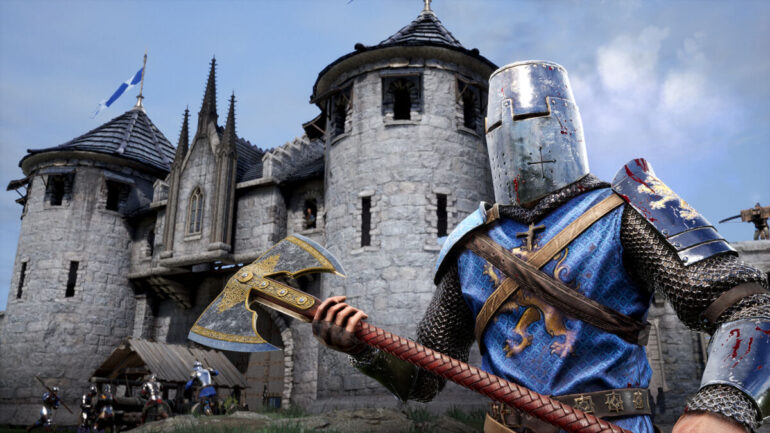 Playing as an honourable (or dishonourable, if you prefer) medieval knight seems like one of the best gaming fantasies you could have. Donning the weapons and armour of the time, lugging around 100 pounds worth of gear around a battlefield? Sounds exhausting. I’d be knackered just getting to the fight, never mind swinging the bloody sword around. Give me a digital version every time. Maybe some games like Chivalry 2.

Chivalry 2 sees up to 64 players compete in medieval skirmishes in deathmatch and objective game types, fighting to the bloody death in mud-covered fields and grimy villages and castles. As grim as that sounds, it’s also hilarious, as you can launch barrels at people’s heads. Chivalry 2 might sound like a unique venture, but there’s some games out there to enjoy that offer similarities. Here’s a few of our picks of medieval games like Chivalry 2. 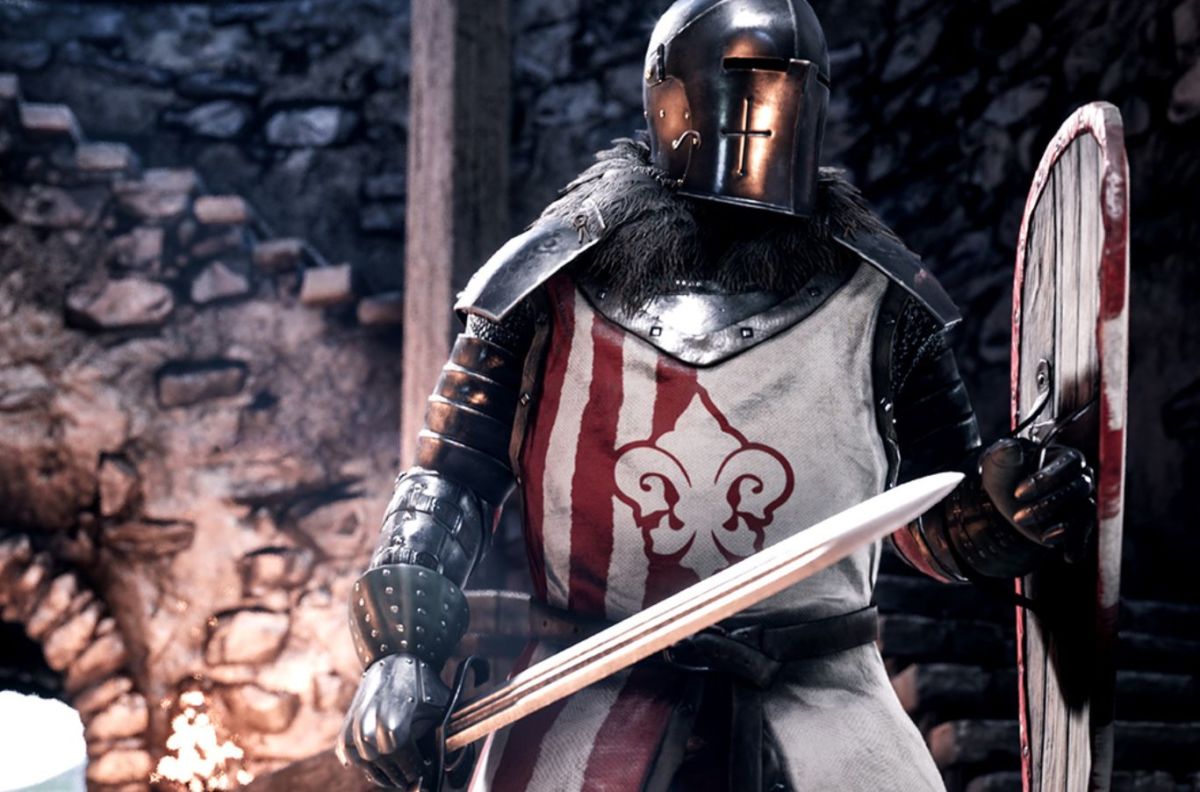 Almost a 1:1 take on the same genre, Mordhau and Chivalry 2 share a lot of common similarities, though Mordhau might lean a bit more into the most absurd aspects of the genre. The YouTube compilations of players rocking out to DOOM songs that are being played on a lute, or players running into battles screaming while holding nothing but a shield, never get old. Brilliant content.

While Mordhau is only available on PC, it still stands as a fantastic example of multiplayer medieval combat, with servers that range from traditional multiplayer to roleplay-led servers that allow players to enjoy the benefits of mods and players’ own creativity. The directional-based swordplay also allows you to attack from any angle, making for a deep combat system. If you’re looking for a multiplayer game like Chivalry 2 that doesn’t take itself too seriously, Mordhau might be a good shout. 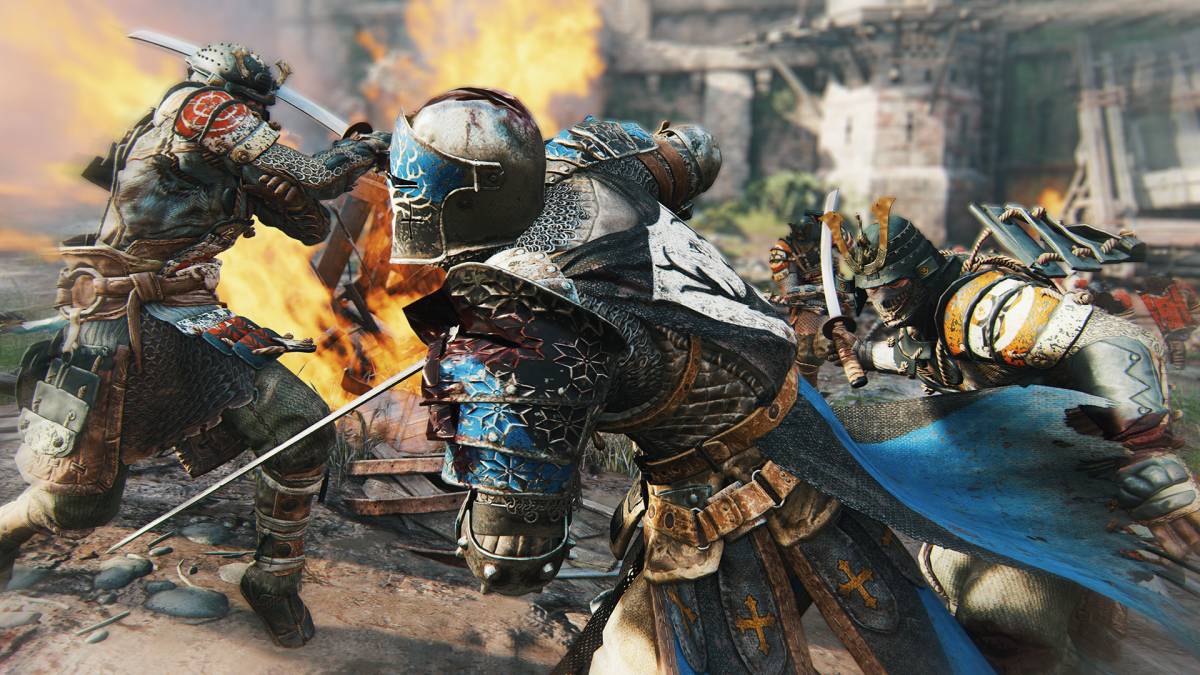 From a multiplayer game that doesn’t take itself too seriously to one that probably leans a bit too far the other way, For Honor combines the best of medieval, viking and samurai history and cultures, blends them all together then begs the question of which one is the strongest. It’s Deadliest Warrior: Triple Threat edition, only since launch, the game has been expanded to include Roman gladiators, Chinese warriors and more. It’s a bit of a melee at this point.

For Honor is quite like a fighting game, in the sense that every character has their own move-set, combos and abilities that give them a tactical edge during combat. It’s about learning the moves of the roster, and knowing when to dodge, block, parry and counter to achieve success. Or, you can just grab people and throw them off the edge or into spike traps. That seemed to be the common strategy when I played.

From a game that prides itself on honouring the history of various warriors, to a game that prides itself on replicating the sheer scale of history’s greatest fights. Ultimate Epic Battle Simulator is exactly what it says on the tin; the ultimate toybox for any fans of historical combat, or just anyone who’d like to see a roman warrior fight 1000 chickens. It’s a lot.

Players are given the tools to summon some of history’s most celebrated warriors and military powers, and force them to do battle in a variety of arenas. It’s a playground for some of your favourite “who would win in a fight?” debates, with the only real limits being your own PC. If you’ve got a high-end PC, you can create utter carnage. If you’re on the lower end though, maybe stick with Totally Accurate Battle Simulator instead.

Sticking with those who have high-end PCs, or the money to afford them and a VR headset to go with it, Blade & Sorcery is probably the closest you’ll actually get to becoming a medieval knight without a) donning the gear, or b) time travel. At least with Blade & Sorcery, you have the added benefit of being able to perform magic while you slice some dudes up.

Still in early access, Blade & Sorcery is another sandbox game that allows players to become their own blend of warrior. If you want to run into fights clubbing people with a warhammer, you can, but dual wield knives, ranged builds or a bit of magic is all good too. It’s an enjoyable title, but if you prefer your VR melee combat games to be a bit more liberal with their use of chopped limbs, perhaps GORN is more your speed.

Games like Chivalry allow you to experience what it’s like to be part of an epic scale medieval skirmish, but Mount & Blade 2: Bannerlord poses the question of life in the meantime. Mount & Blade is an RPG that sees players exploring a fictional medieval world, forming their own armies and alliances to carve their own path throughout the world.

Bannerlord is an early access title, so there is more to do when it comes to improving the game, but the formula has been built upon from the previous game. A huge dynamic sandbox that allows for multiple campaign playthroughs, the ability to create and level up truly unique characters and extensive support for modding means Bannerlord is one to keep your eye on. 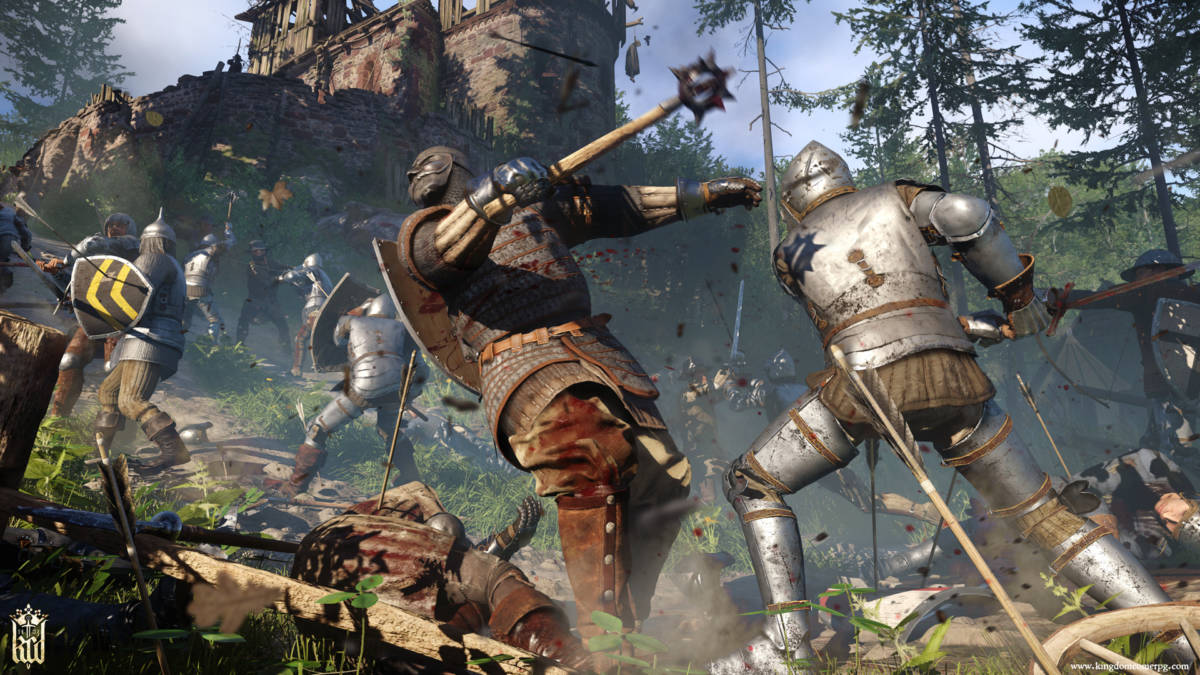 Another medieval RPG, Kingdom Come: Deliverance sets itself apart from the likes of Mount & Blade by being more heavily story-based. Instead of allowing you to carve your own journey through medieval times, you control Henry, someone looking for vengeance amongst a kingdom filled with political intrigue, betrayal and the ability to get pissed with a preacher.

As Henry, you’ll be thrust into the middle of an ongoing war for the kingdom of Bohemia in the 15th century. Starting out as a humble apprentice, you’ll become one of the strongest warriors in the land, while the branching questlines will ensure that your playthrough won’t be exactly the same as someone else’s. It might be a bit buggy, but there’s a lot of heart here.

READ MORE: 10 Games Like Resident Evil Village You Should Give A Hand To