Fortnite Welcome To Pandora: Find Claptrap’s Missing Eye & Return It To Him 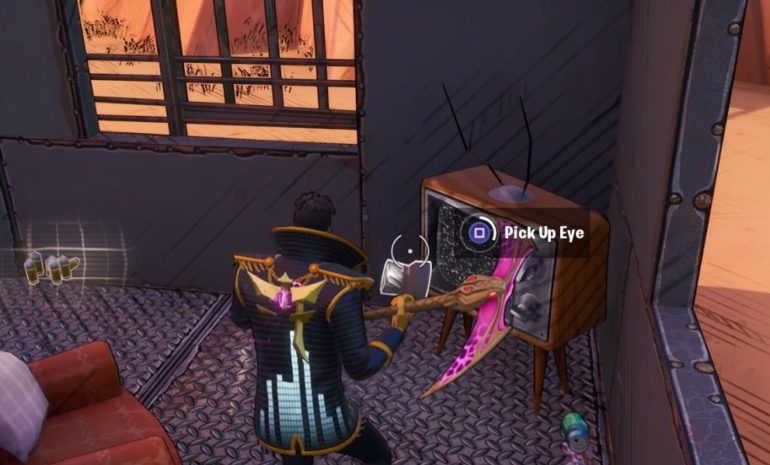 As part of the collaboration between Epic Games and Gearbox to help promote Borderlands 3 (which is an Epic Games Store PC exclusive), Fortnite has had a whole host of changes. There’s a new Rift Zone dedicated to Pandora that has overtaken Westworld, and there’s also a cosmetic bundle for you to throw your V-Bucks at. Players can also look forward to Welcome to Pandora challenges for free cosmetic items.

One of those challenges asks you to find Claptrap’s missing eye and return it to him. There’s a lot going on in Pandora (as well as it being insanely busy), so there’s every chance you might miss his eye and Claptrap himself. This is also a nice callback to a Borderlands mission that asks you to do the same thing, but Claptrap unfortunately doesn’t chat away like he does in Borderlands.

Here’s everything you need to know to find Claptrap’s missing eye and return it to him in Fortnite Season X. 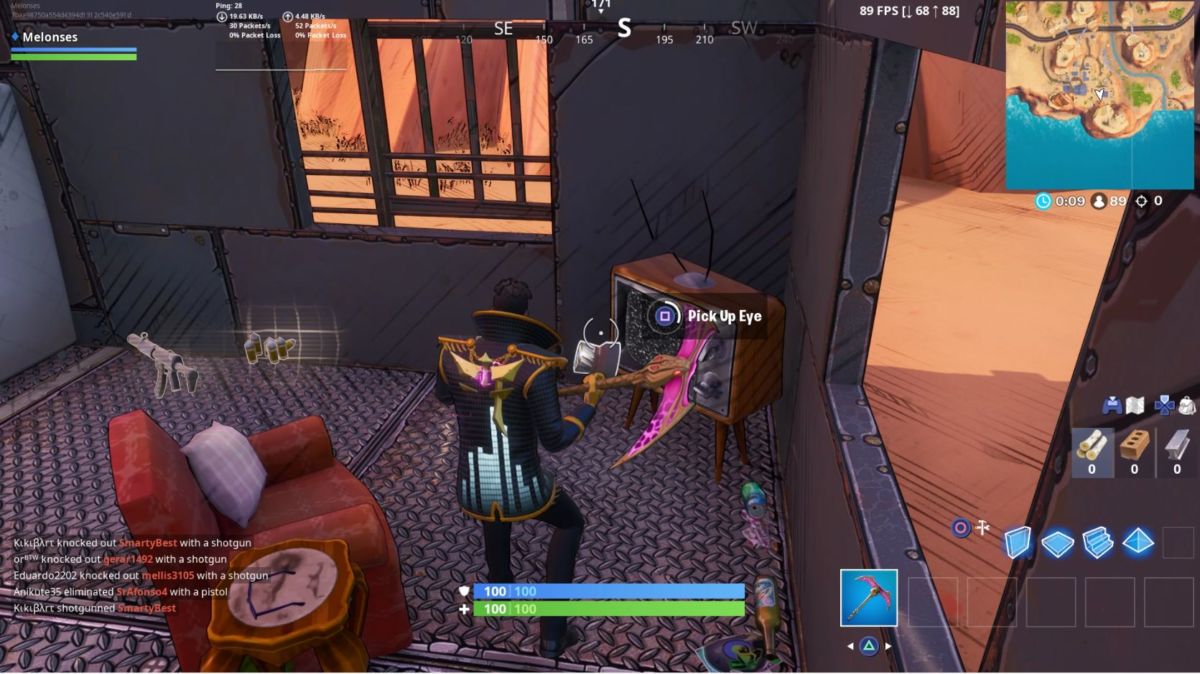 Finding Claptrap’s missing eye is going to be a bit of hassle when Pandora is as busy as it is now, especially when the sweats have descended on it. For that reason, we recommend that you jump into Team Rumble or another LTM to make your life easier.

The eye is located on the floor of a house on the eastern side of Pandora, just to the right of a pair of glasses resting on a chair. You should see it floating, just walk up to it and hold the interact button to snag it.

Find it at H9 on the Fortnite grid. 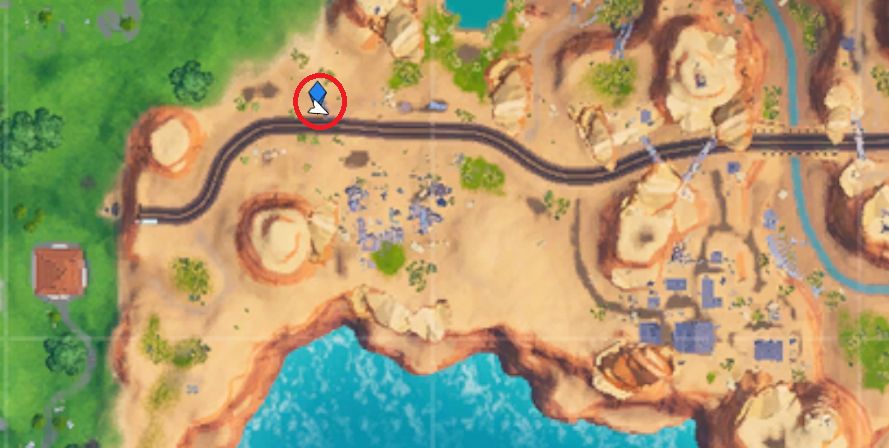 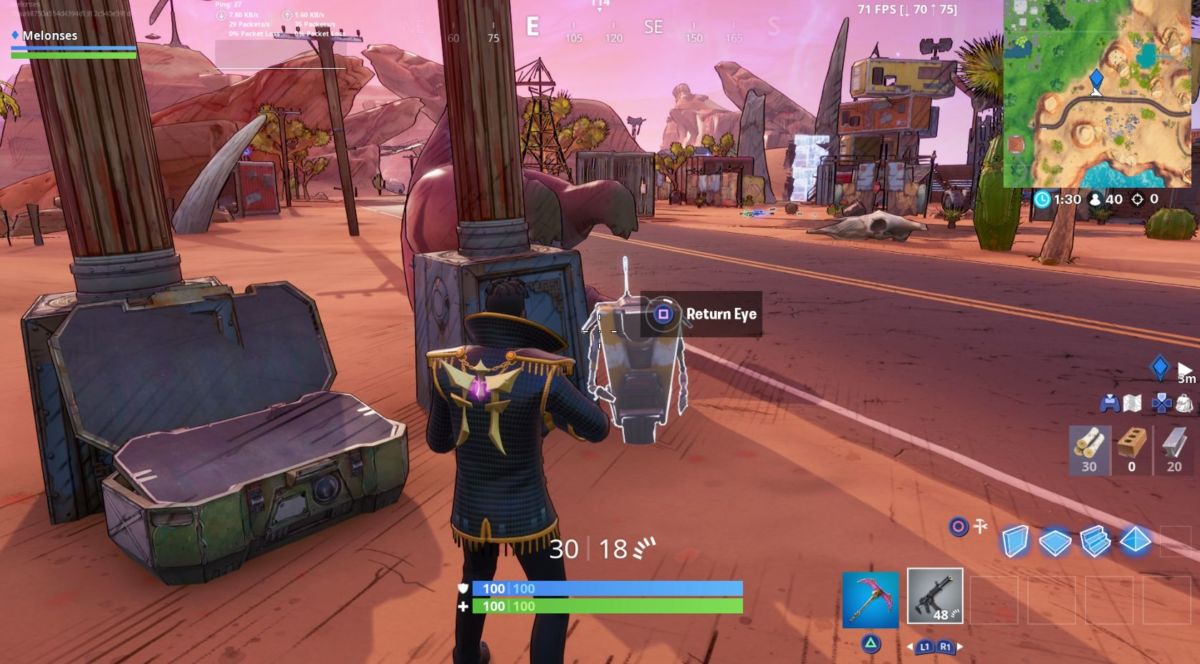 The man/robot/dustbin himself can be found right on the other side of Pandora near a big sign, so good luck making it across the location completely unscathed.

Approach Claptrap and hold the interact button to give him his eye back, at which point it will magically appear on his face and the challenge will be completed. A spray is your reward.

Find Claptrap at G9 on the Fortnite grid.

Find Claptrap’s Missing Eye & Return It To Him Video Guide

This was quite the unexpected crossover with it not being found anywhere in the game’s files prior to its surprise release this morning. This marks the second R-rated property to partner with Fortnite following John Wick, which is an unusual for a game with a dominantly young playerbase.

These challenges, and the rest of the Borderlands content, will be available until September 10th.