Home
Gaming
Fortnite: 5 Facts About The Seven You Should Know
Gaming
·5 min read

Fortnite: 5 Facts About The Seven You Should Know 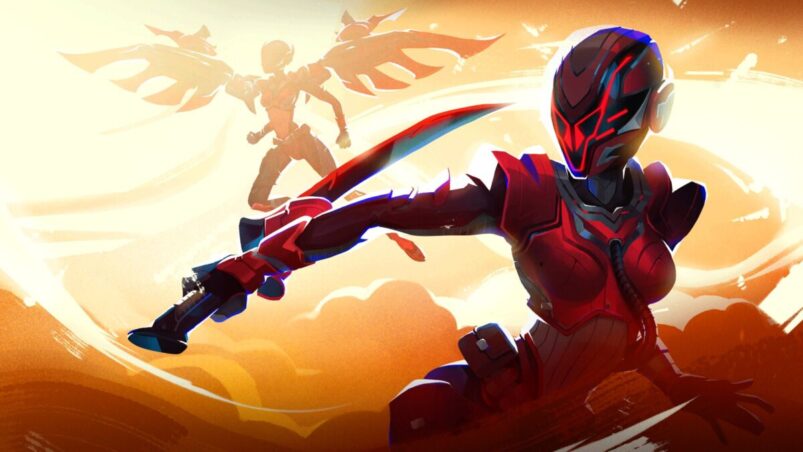 Fortnite: Battle Royale’s story is based on a war of good and evil, with the good being led by a group called The Seven. They strive for the freedom of everyone trapped in the Fortnite Island as well as its energy source, the Zero Point. Unlike other groups with seven superheroes in them, Fortnite’s is composed of the finest warriors in all existence, led by Dwayne “The Rock” Johnson’s Foundation.

Revealed like dominos since Chapter 1 — Season 4, the Seven have been some of the biggest mysteries in Fortnite’s story. But with the most recent seasons, their development has been far faster, giving them the personalities and depth they never had.

From interesting suits to conflicts with Batman, here are some interesting facts about The Seven.

1. Their Armor Is Crafty

The Seven are in some of the toughest fights out there, and while some of them are immortal when aging, all of them can die. Their suits are equipped with contained environments of fresh oxygen — which also double as protection from the island’s mind-controlling Loop — along with invisibility and other features which can be used by diverging power to them.

Other features include incineration on touch and built-in wrist displays, which can bring up any information they might need. Chapter 3 — Season 3 also introduced AMIE, the Seven’s Artificial Machine Intelligence Engine, which was then implemented as the AI for all of the group’s suits like Iron Man’s JARVIS.

Although the exact type of energy they use is unknown, the crossover comic Batman/Fortnite: Foundation revealed the suits have a central power source to them, with The Foundation’s — the Seven’s leader — being located on his back.

2. They Were Slowly Revealed

When they began being introduced, the Seven did not even exist. The faction would only be formally introduced with the arrival of its second member, The Scientist, in Chapter 1 — Season X. However, the first member was retroactively confirmed to be part of the faction — The Visitor.

The Visitor was introduced in Chapter 1 — Season 4 after breaking out of the meteor which decimated Dusty Depot. He is the Seven’s navigations expert.

The Scientist was introduced with the near destruction of everything, but with patience and help from the rest of the group, he saved everything. He is the Seven’s technology expert, responsible for building gear for the others as well as solutions to problems.

The Foundation was also introduced in a time of crisis, the Zero Crisis, where he had to hold the Zero Point together to save existence. He has been the leader of the Seven for centuries.

The Paradigm was thrown into the end of Chapter 1 — Season X as a limited-time cosmetic, but was later developed into a proper character in Chapter 3 — Season 4. She comes from a world that has a unique relationship to technology and is the Seven’s pilot.

The Sisters, Imagined and Order, are daughters of the main villain — Geno — but are fighting against him. They are genetically perfect and incapable of aging, serving as the Seven’s maverick and spy, respectively.

The Origin was once the leader of a gigantic threat but realized he was on the wrong path, and began using his dark powers for good. He leads the island forces as the Seven’s field general. Both him and the Sisters were introduced in Chapter 3 — Season 2.

Fortnite is one of, if not the biggest game out there. And with that attention comes the possibility of signing some really interesting deals with some of Hollywood’s top talent. Some are big actors, but others are decorated voice actors.

The Foundation is played by Dwayne “The Rock” Johnson, The Scientist is played by Joel McHale and The Paradigm is played by Brie Larson. Most have lended their likeness to the characters — with Scientist and Visitor remaining unrevealed — but the other members of the group have completely new faces.

The Imagined is played by Cherami Leigh, while The Origin is played by Rahul Kohli, with The Visitor and The Order remaining voiceless. Imagined and Origin have faces unrelated to their actors, which seems to be a balance preferred by the community as opposed to seeing someone’s face all the time.

Although Fortnite’s unique way of telling stories does not allow for much character development, Paradigm’s faction switching still brought chaos onto her team. The Imagined Order (IO) were planning to let a creature eat the Zero Point, which would lead to catastrophe.

To prevent it, Paradigm suggested to one of the IO’s employees — Singularity — the construction of a Mecha armed to the teeth to fight the beast, and so they did.

However, as the Seven were away during this time, they were not informed of her decision. She ends up hibernating for the better part of two years after the battle, but once found, she was forced to explain her actions to Foundation.

The Scientist and Imagined helped ease the group back into accepting her, as Scientist has certain feelings for the pilot. This helped them come together to defeat the IO once and for all in the Chapter 3 — Season 2 Collision event, which then led to some peace on Fortnite Island. Paradigm was paramount in piloting the Mecha once again with her unique connection to technology, thanks to her home world.

The Seven are no strangers to massive threats to all realities, which they have stopped time and time again. With the most recent season, Chapter 3 — Season 4, every member but Paradigm has fallen victim to a new villain and their Chrome, a substance that consumes everything organic.

However, it is very likely the Seven were only absorbed into the liquid hive mind instead of killed. Three members going out in a cinematic, one of which has never spoken, would be extremely anti-climatic and against Fortnite’s usual story beats. The others fell victim to Chrome during Chapter 3 — Season 3’s quests, with Scientist managing to leave a tape behind before being taken.

Paradigm’s destination, Reality-659, is included in the name of her new skin in the game. That might imply the reality is actually her previously mentioned home world, where a solution to stop the Chrome could be developed with their knowledge of technology.

Whatever comes out of the latest threat, the Seven uniting and rising above all odds is sure to be its end — with maybe a few celebrity unmaskings along the way.