Fortnite: 5 The Foundation Facts You Should Know 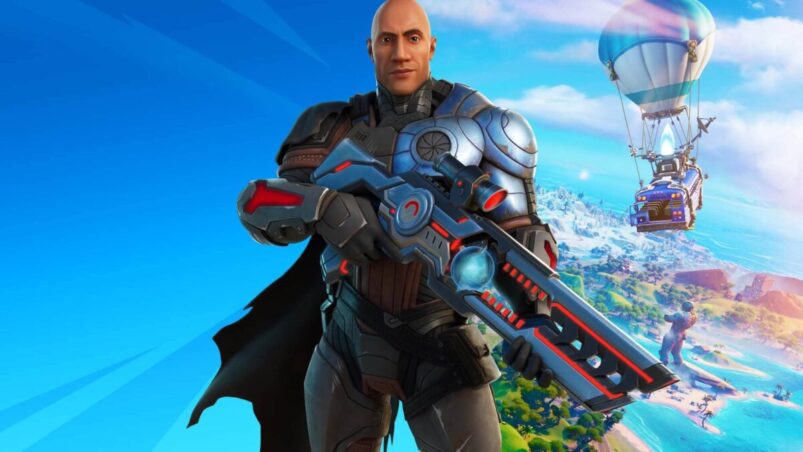 A huge part of Fortnite: Battle Royale’s story is how it connects various parts of pop culture together to make something new and exciting. One of the biggest surprises to come out of it was the reveal of Dwayne “The Rock” Johnson’s character, The Foundation, leader of a faction of intergalactic heroes named The Seven.

First introduced in Chapter 2 — Season 6’s beginning cinematic event, Zero Crisis, The Foundation came in a time of need for the Fortnite Island. The Imagined Order (IO), his sworn enemy, had left the energy source of the island unstable, resulting in one of their agents betraying everything just to contact Foundation in hopes of fixing the situation — a quick and effective introduction to the character’s significance and power.

Now with multiple events and a comic book under his belt, here are five facts from The Foundation’s many appearances throughout Fortnite’s story.

When he was first introduced, The Foundation’s voice was modulated thanks to his suit of advanced armor, like all other members of The Seven. However, this was done even more heavily for his case, as who was playing the character was supposed to be a surprise at the time: The Rock himself.

Some elements of The Foundation’s design are clear references to many aspects of Dwayne Johnson, such as the intricate design of panels on The Foundation’s left shoulder mimicking the design of The Rock’s tattoo in the same spot. A more obvious parallel is The Foundation’s sheer size and body build, usually towering over any character standing next to him.

This collaboration, first hinted at with a tweet from The Rock back in 2020, was likely the merging of a potential Icon Series project — where the actual person is brought into the game with a cool look — with the need to give a memorable face to the leader of Fortnite’s heroes. In any case, the result of this casting was felt across the entire community, as even with speculation of The Rock playing the character running rampant thanks to teasers, the surprise when his face was revealed in the Chapter 2 — Season 8’s The End live event took the community by storm.

2. His Armor Is Top Tier

Resistance to any bullet, explosion and psychic manipulation, plus an independent oxygen system, are some of the many amazing things about The Foundation’s advanced suit of armor. Even though in the few seasons where you could fight The Foundation in-game, it did nothing but act as decoration, outside of the game, the armor shows a small slice of its set of tools being used.

On top of being a “contained environment”, meaning it has its own oxygen and protection from anything outside, the suit has built-in artificial intelligence that can get any information The Foundation needs. It’s safe to assume any other functions seen in characters like Iron Man and JARVIS are also present, like calculations and other useful features.

Other features of his suit include thermal cloaking, which hides his temperature as well as his visibility, and flight, with small jets propelling from his boots. It’s unknown which abilities might be natural to him outside of the armor, as he’s yet to be seen without it, but The Foundation’s power is certainly not just created from technology.

3. He Leads The Seven

The Foundation’s main purpose in the Fortnite story is to lead a group of people responsible for protecting the game’s island, where most of its narrative takes place. The Seven are all played by some of the best voice acting talent Hollywood has to offer, such as Joel McHale as The Scientist and Rahul Kohli as The Origin, however only The Rock has brought his own face to a character of the group so far.

Mostly acting as an annoyed dad with a bunch of superpowered children, Foundation helps chart the Seven’s battles as he leads them both as part of the brains and the brawn. His personality with the group is different every time he shows up alongside them, sometimes being wise and others, quite harsh.

However, even after having gone against some of the most terrifying threats in all existence, most which remain a secret to this day, Foundation stays hopeful that the future can be bright if everyone fights for their causes. Most members of the Seven are superhuman in at least one way, with the Origin having led a faction of world-destroying monsters named The Last Reality, and the Scientist winning multiple awards in various worlds for his research, but that does not mean they can not feel the weight of their battles. Their leader helps keep spirits strong in all the chaos.

In the special one-shot comic book Batman/Fortnite: Foundation, the titular character had his past and motivations explored ever so slightly to help move the game’s story forward, explaining some important elements of it along the way. One of the topics of the comic is Foundation’s expertise and knowledge of technology, proven by the gadgets he uses against Batman, who recognizes and respects his talent.

As with every crossover of the caped crusader and another hero, they eventually team up to stop the larger threat at hand, but one of the greatest fighters and minds in comic book history considering The Foundation as his equal serves to show how important the character is in theory. In reality, with only a small amount of proper appearances due to the actor’s busy career, what The Rock’s character lacks in development is only compensated by the weight of the few people he has interacted with outside the world of Fortnite, such as Batman, and later Iron Man in the Fortnite x Marvel: Zero War comics.

Foundation has been shown to master strategy and combat techniques, using his natural strength as an advantage in his battles, combined with his smarts, to control any situation and its impact. Since every fight he has against the Imagined Order has stakes that affect every world ever known, he needs to stay alert and careful with every move, which has led to thousands of years of tough survival.

5. He Has Survived Everything

With impenetrable armor, superhuman strength and the experience of a lifetime, Foundation has fought monsters of all kinds. Fortnite leaves a large part of its story for the community to imagine, and The Foundation’s past before the story’s present is a gigantic period for that.

But not everything is left for the imagination, as some of his most impressive feats can be seen in the game’s live events. Chapter 2 — Season 6’s Zero Crisis showed him holding the Zero Point (the source of all life) together with his armored hands. The impact on him was so strong that it caused a temporary loss of memory, fixed thanks to his suit’s AI recapping everything that happened.

The Foundation’s story is only getting started, with future threats such as the Imagined Order’s leader, Geno, finally being equal to both his power and cleverness. But even if there are no more fights to be had, his past can always be explored to move the game’s story forward — showing what made him capable of leading existence’s greatest heroes.

MORE FORTNITE: Fortnite: Where To Find The Kamehameha Mythic