Fortnite: What Is The Zero Point? 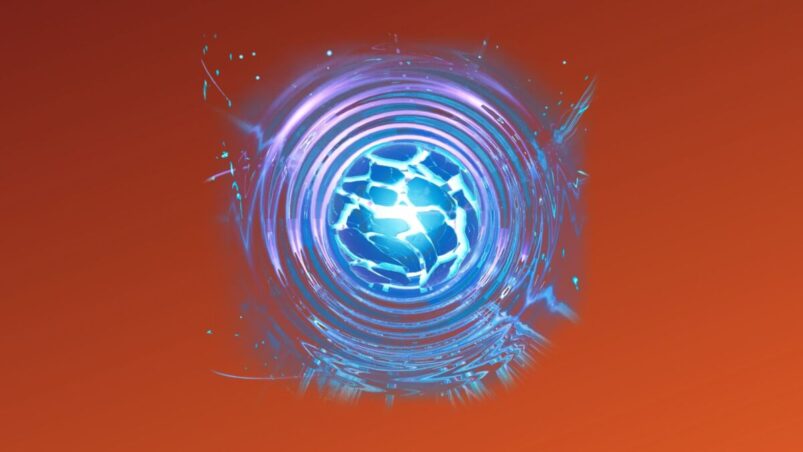 Fortnite: Battle Royale constantly collaborates with other worlds and brands to bring their characters to the Island. Sometimes, in the form of a comic book crossover series that dives into the mythos of both sides, or a cosmetic set in the Item Shop. The in-universe explanation for any and all partnerships boils down to the most important piece of Fortnite’s story: The Zero Point. But what exactly is it?

Located in the epicenter of Fortnite’s Island, the Zero Point is a blue orb always pulsating with threads of energy. Its design is slightly updated for every appearance, but the shape always remains just as iconic.

Here’s a quick glossary for any confusing terminology to help you understand the world of Fortnite and some of the things relating to the Zero Point:

– A Reality has a universe, with time and space added on top — the needle that threads the fabric.
– A Universe is still the ordinary, with galaxies, suns, stars and planets. The string that composes the fabric.
– A Multiverse is the collection of all possibilities a universe may have. If you move a pencil to the right or to the left, each choice would branch into an entirely different reality. It is the fabric itself.
– The Omniverse is every Multiverse, planet and thing.

So, where did the Zero Point come from? The Foundation, an important character responsible for the Zero Point’s protection, says it was born from the Big Bang itself, alongside all realms. Unique properties allow it to connect to all of these different places at the same time, giving it infinite energy that fluctuates every second that passes. If someone touches it, their bodies are fragmented into all worlds at once.

As it originated as the center of all life, the Zero Point has stayed in the middle of all realities ever since. The collection of connected realities allows for infinite possibilities, which makes intelligent people discovering and locating the Zero Point inevitable. Although it’s unknown if they were the first to arrive, the Imagined Order (IO) was certainly the first multiversal organization to cement its presence in the Zero Point’s domain.

The IO’s leader, Geno, is someone obsessed with genetic perfection and finding the ideal civilization. By using the Zero Point to portal people to an even ground of battle, the Island’s Loop, he catalogs the best performances from the omniverse and moves on to the next. This is the in-universe explanation for why characters become simple cosmetics, instead of coming to the world of Fortnite with their powers and knowledge — they only regain them after escaping the battle. The constant use of the Zero Point’s teleportation is also what led to the creation of the island surrounding it, with every portal bringing a bit of land from the connected worlds.

In the rare case that it’s not contained and exploited by the IO, the Zero Point can bloom into beauty. Crystalized deserts and flora from all over existence surround the ominous orb once it’s freed from captivity, something that happened after Chapter 3 — Season 2’s war against the IO. However this freedom seems to have its side effects, as by bringing strange artifacts from the likes of Darth Vader, the heroes led by the Foundation — The Seven — think the Zero Point is crying for help.

Previously, crises have led to extremes, like the Foundation holding every thread of power from the Zero Point with his bare hands. Usually, the IO lets natural solutions take place instead of feeling remorse about the consequences, like the Zero Point’s fallout killing everyone on the island surrounding it. The Seven know this isn’t the proper way of going about it, ensuring things are fixed in a way that doesn’t require any sacrifice.

Powerful beings like Marvel’s Doctor Doom and Galactus crave the endless possibilities the Zero Point provides, but with the thousands of years the Seven have stood in their way, life will continue on the island — and the Zero Point will remain at peace. Until the next big collaboration comes along, at least.