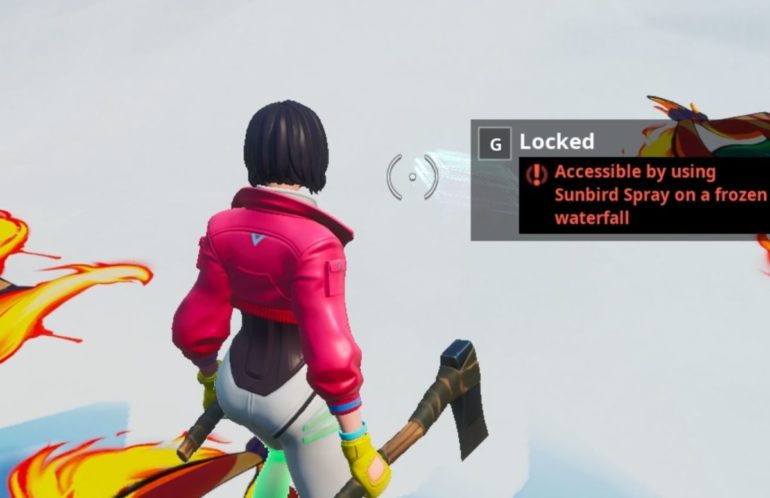 Fortnite Season 9 is entering Week 5 and the Fortbyte system cements its place as a well received addition to the seasonal changes. It’s likely we’ll see this system reappear in Season 10. The first Fortbyte for Week 5 is Fortbyte #61: Accessible By Using Sunbird Spray On A Frozen Waterfall Location.

The Fortbyte system is the culmination of Epic’s weekly challenges and their old fascination with treasure/scavenger hunt challenges. Everyday at 1pm GMT a Fortbyte is released for player consumption, with there being 100 Fortbytes in total. Rewards are similar to the Battle Pass in that they are cosmetic rewards and some Fortbytes require the Battle Pass to complete. Finally, each Fortbyte reveals a tile from a large image that promises to reveal the Season 9 time jump.

This piece focuses on Fortbyte #61: Accessible By Using Sunbird Spray On A Frozen Waterfall Location, which is a spray/emoticon based challenge requiring you achieve at least tier 26 on the free pass. 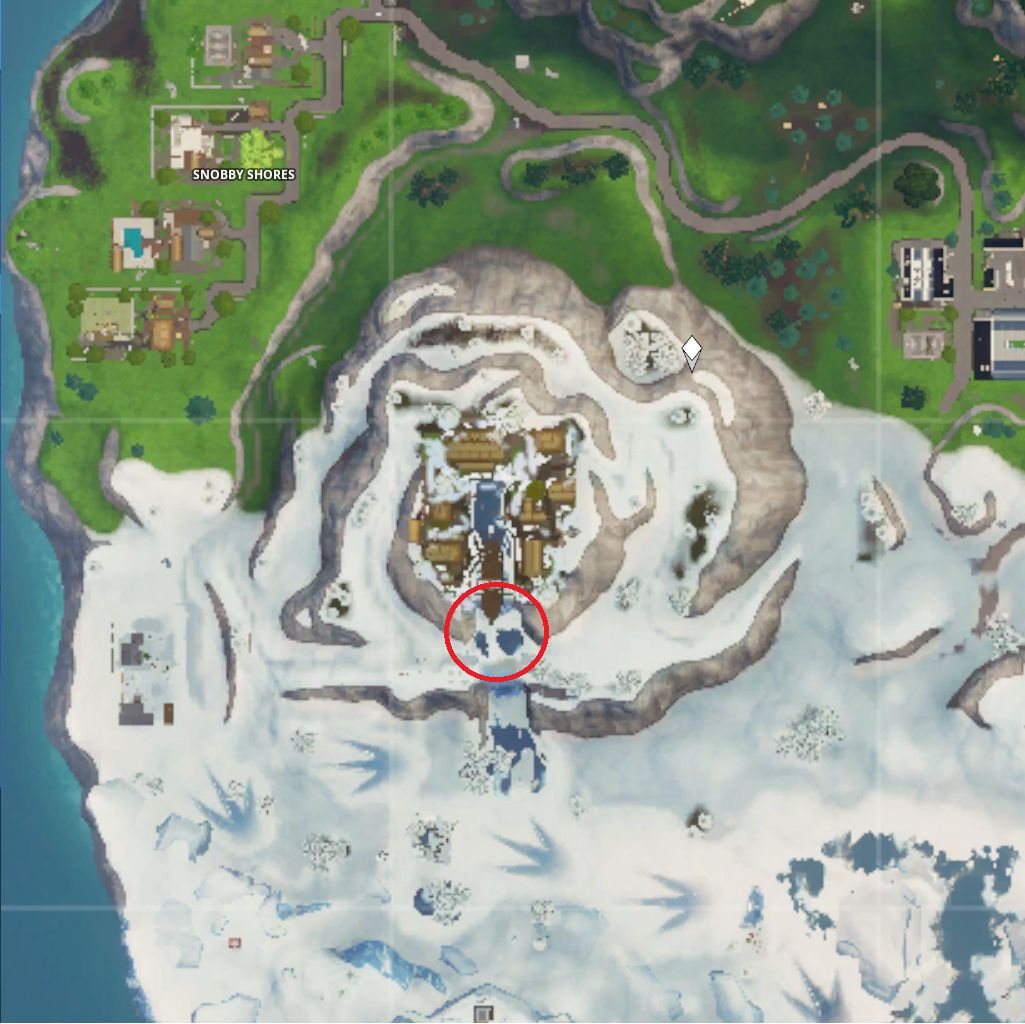 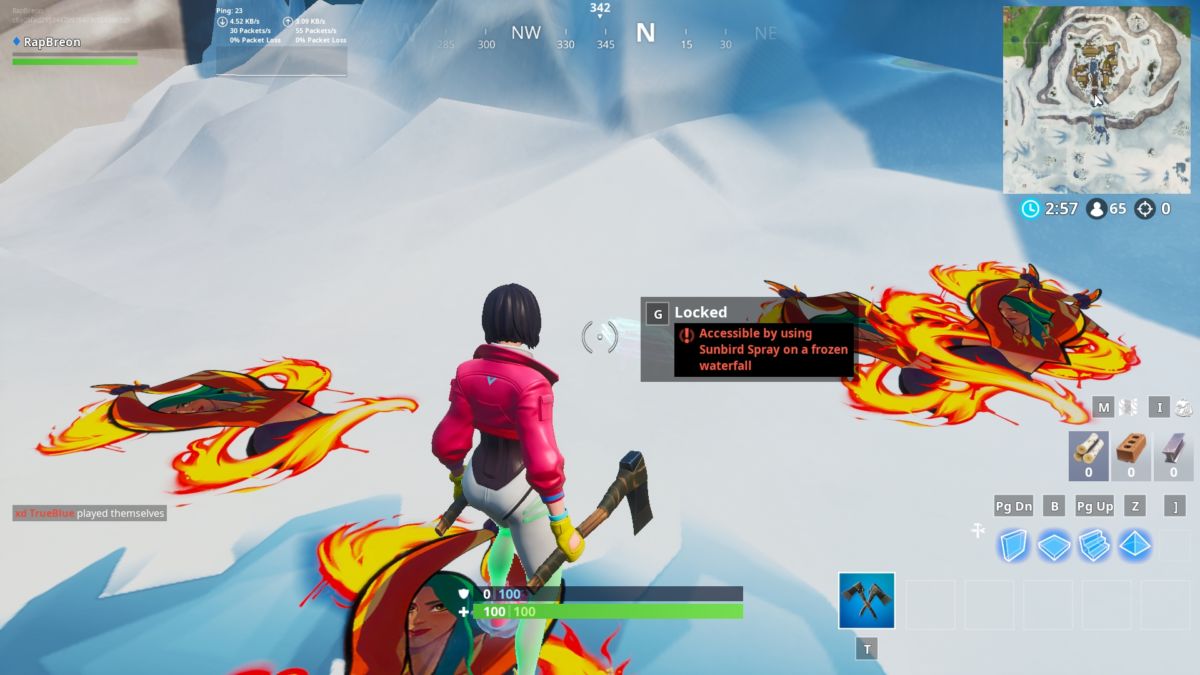 Fortbyte #61 is located not at the base of this frozen waterfall as you might think, but midway down. This waterfall is two-tiered, it drops from the top of Viking Village onto a flat surface halfway down the mountain before dropping the rest of the way down to ground level. It’s on this area between the mountain peak and ground floor you’ll find the Fortbyte.

Still holding true to pattern, Fortbytes tend to be focused on descriptive clues which rely on players to have some knowledge of the map. Like Fortbyte #69, this one requires you have better knowledge of the older map than the newer Season 9 map. Finally, tier 26 on the free pass requires a decent amount of time investment to obtain without all the Battle Pass boosts and it will only get more demanding the further into Season 9 we progress.