How's about a nice cuppa? 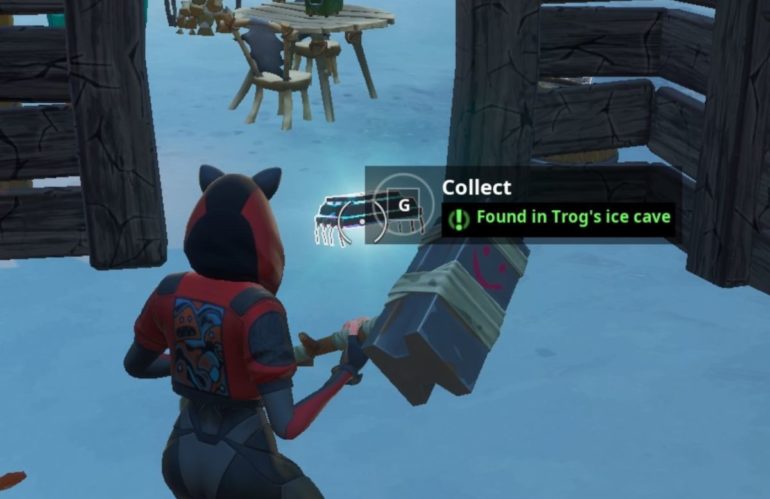 The Fortbyte system continues to deliver a steady stream of content as Fortnite Season 9 presses onwards into its second half. Friday of Week 6 release of Fortbyte #49: Found In Trog’s Ice Cave.

For those just jumping into Season 9, the Fortbyte system is a slew of daily challenges spanning the entirety of Season 9. A new challenge is released at 2pm BST and there is 100 Fortbyte’s in total. The Fortbytes released everyday are usually of the typical treasure hunt variety, replete with clues on how to track them down and collect them. You receive cosmetic rewards for collecting a set number of Fortbytes and each individual Fortbyte reveals a tile on a large mosaic image. Bunker Jonesy is currently the most notable figure on the picture, with a lot more details to still be revealed.

This guide focuses on Fortnite Season 9 Fortbyte #49: Found In Trog’s Ice Cave, which doesn’t rely on any progress on your Battle Pass to complete, unlike the last few challenges. It does, however, rely on older map knowledge to track down. 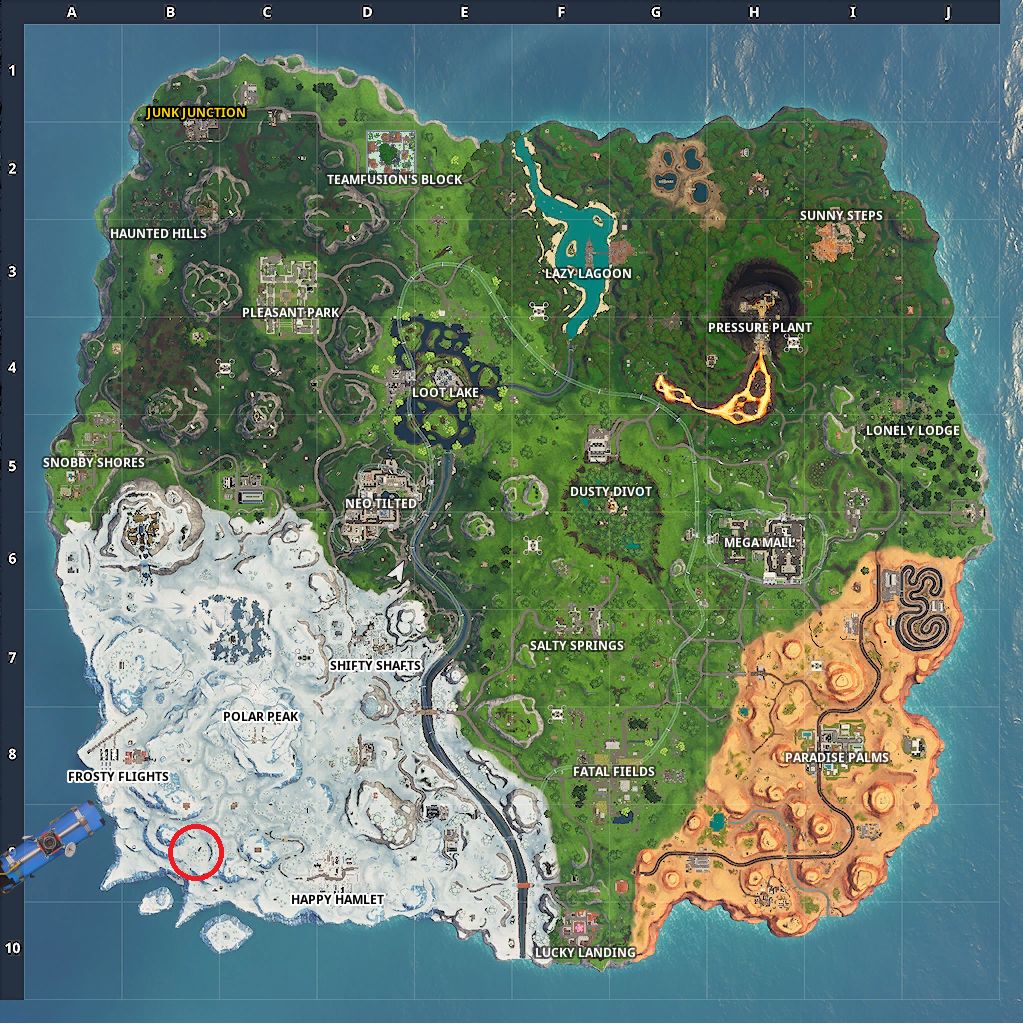 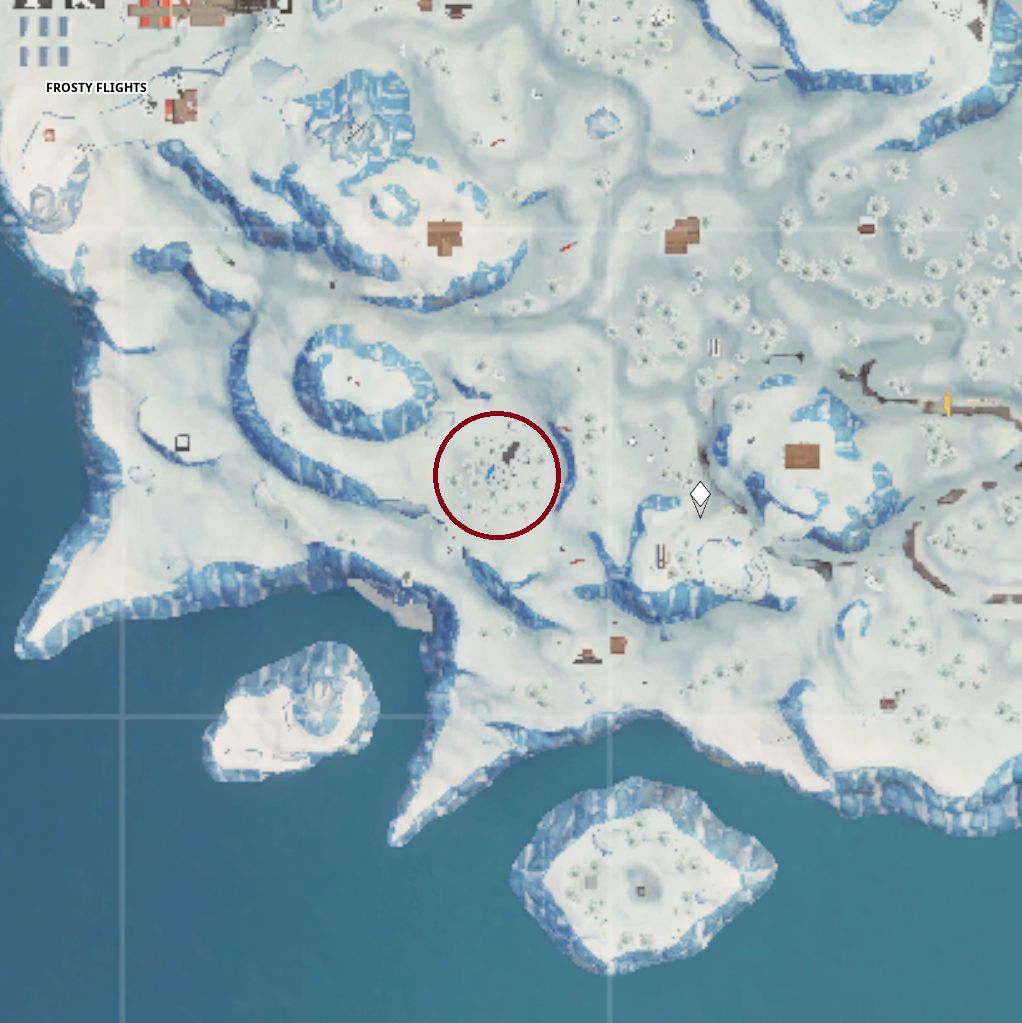 ‘Trog’s’ ice cave isn’t a particularly touted or well known location, especially by name. Many players may be aware of it by location (as I did), but to know it as ‘Trog’s ice cave’ might throw people for a loop. That being said, the cave has existed since Season 7 and has always been relatively well hidden, tucked away in the southwestern corner of the map.

Southeast of Frosty Flights and west of Happy Hamlet is a small forest of trees. In the centre of these trees is a hole in the ground (which sometimes has a chest spawn on its lip, making it easier to find) that drops you directly into Trog’s abode. You’ll find it at B9 on the main map’s grid. 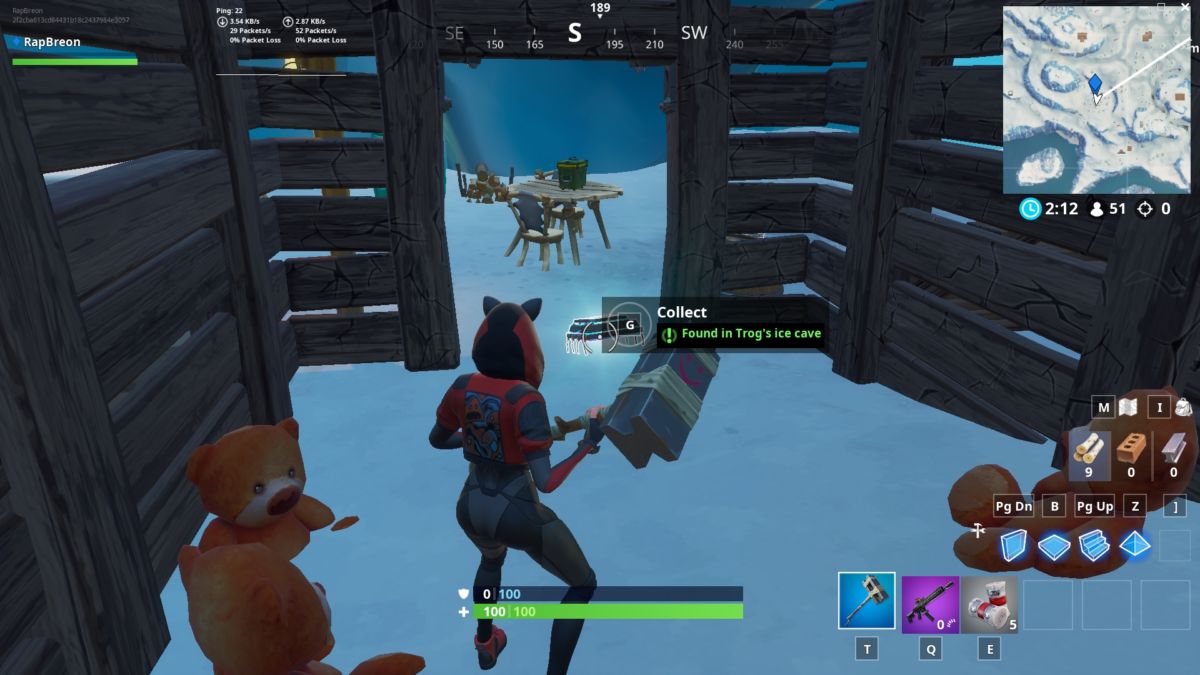 The Fortbyte itself is much more easily tracked down. Once you fall into the cave there is a small wooden building that acts as a ramshackle house. On the ground floor there is an entrance on the south side that leads into this small 1 by 1, which has the Fortbyte sitting in plain sight. Simply interact with it and you’re finished.

This has probably been one of the trickier Fortbytes in a while (that isn’t reliant on Battle Pass gating), as it relies on not only older map knowledge, but map knowledge that isn’t often referenced by name. Many people know of this location, but don’t know it as ‘Trog’s ice cave’. Hopefully the Fortbyte system will continue to reveal and name some neglected landmarks as Season 9 wears on, keeping things interesting.