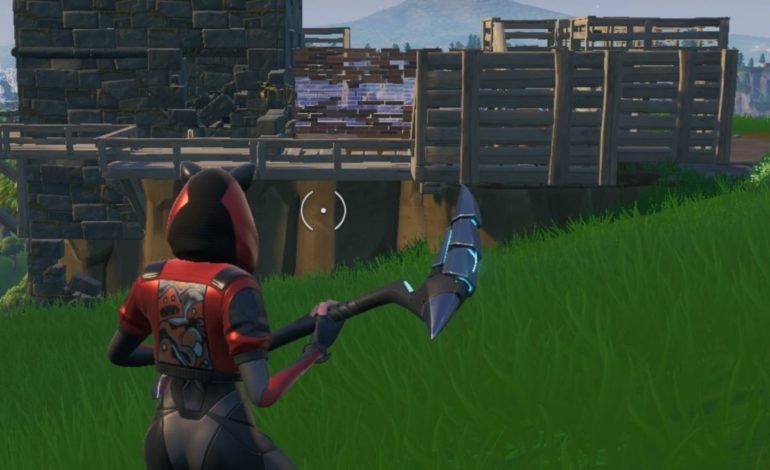 This means the best strategy for completing this challenge is to simply beeline for the closest Pirate Camp to the Battle Bus at the start (as most people jump out towards the start of the match) and trying to pick up a few kills on unarmed people there. This challenge will be easiest the earlier in the week as everyone scrambles to complete it. This does also mean more competition for a weapon as well as targets.

If you still haven’t completed the Pirate Cannon challenges, this is a prime time to try and knock them out due to so many people congregating around these locations. Below is a map with all the Pirate Camps documented as well as screenshots of each location. 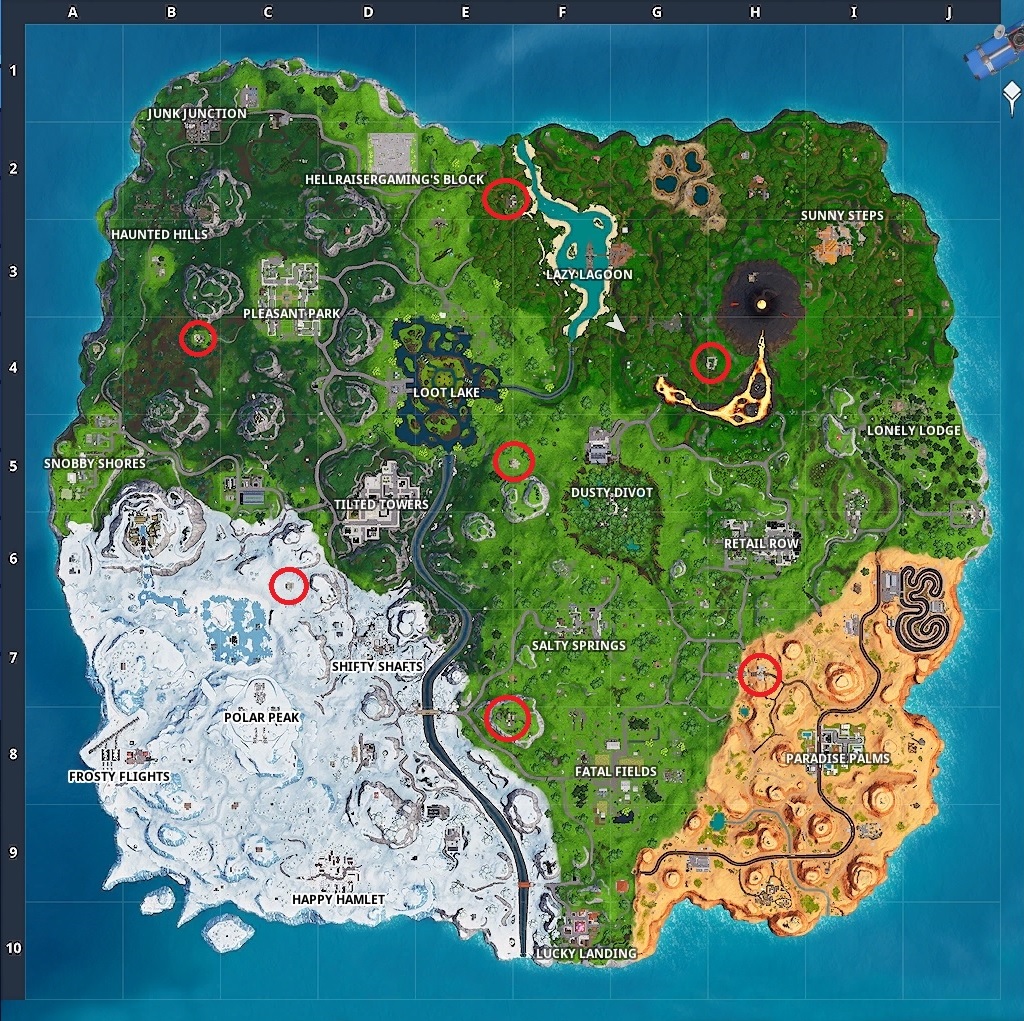 Three of the camps are in the older region of the map, one is the snow biome, one in the desert biome, one in the jungle and one on the edge of the jungle and old map biome. They’re all relatively spread out and often occupied at the beginning of the match as all the curious players come to check out the changes. All the forts are identifiable by the fact they have a pirate flag with a Kraken being flown at their peaks (Lazy Lagoon has one, but isn’t counted as a ‘camp). 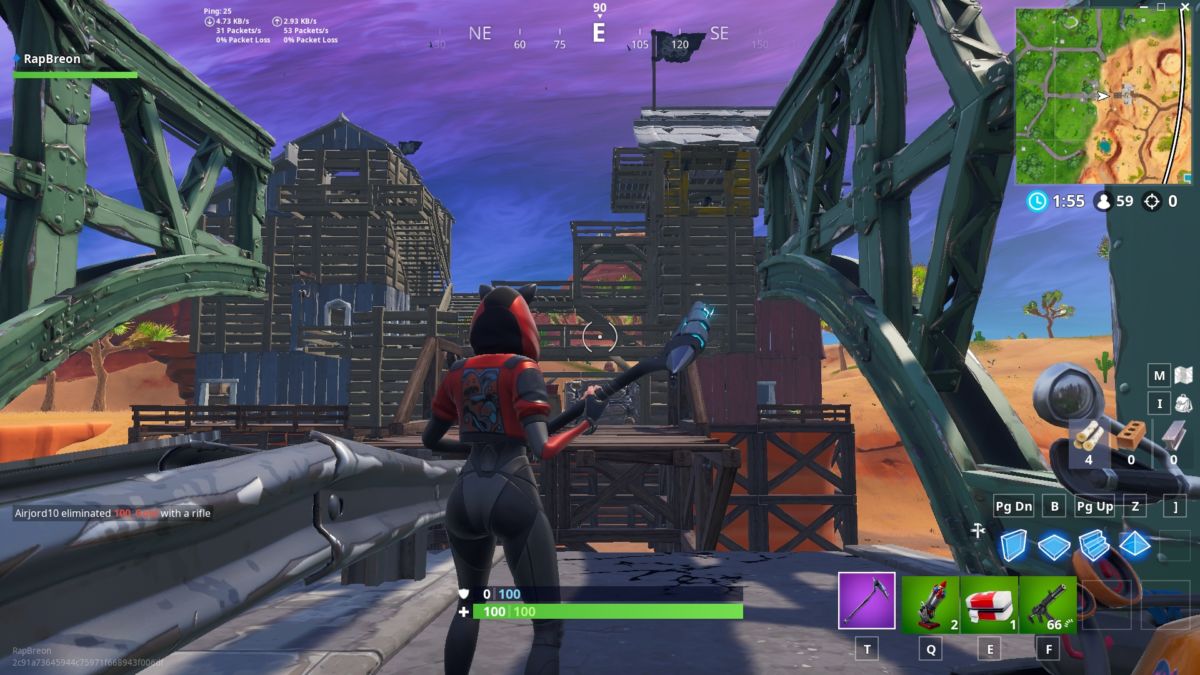 This is the most imposing pirate camp of the bunch. South of Retail Row where the grassland bleeds into the desert, there is a collapsed bridge. The buildings on the desert side of the bridge has been built up into a large pirate fort (it’s a fort not a camp, it’s massive). You can find it at H7 on the main map’s grid. 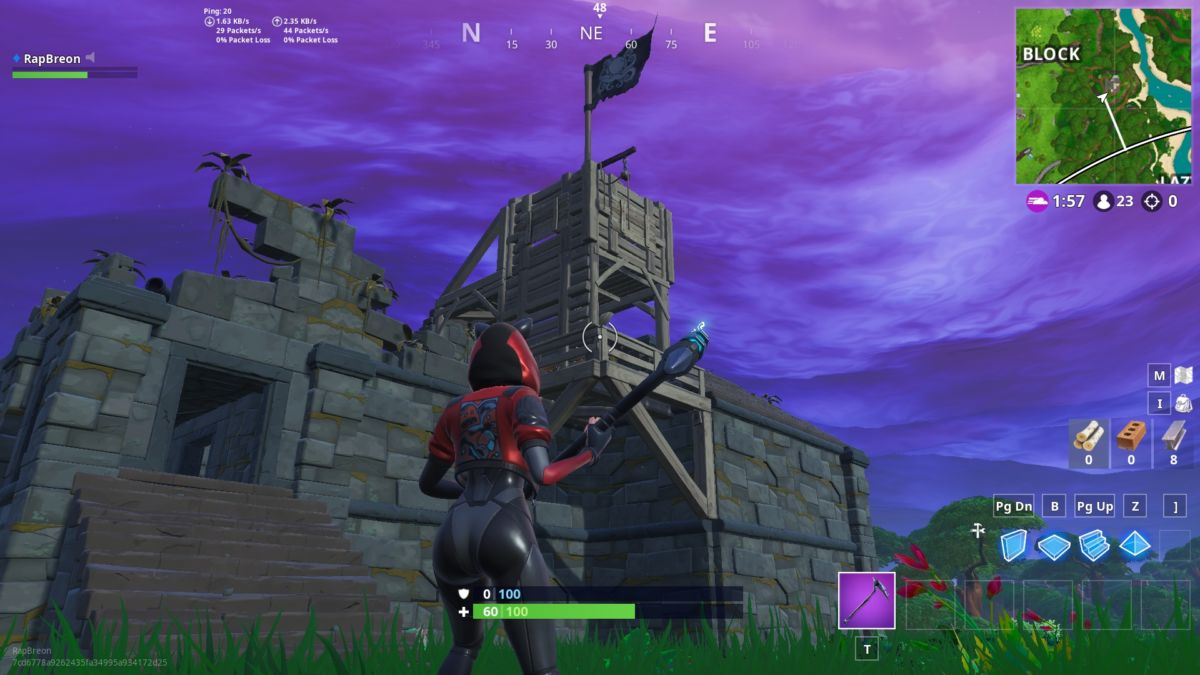 In the new biome there is a new named location called Lazy Lagoon. To the northwestern side of this lagoon (east of The Block) is a pirate camp atop a hill, overlooking the same lagoon. E2 on the main map’s grid. 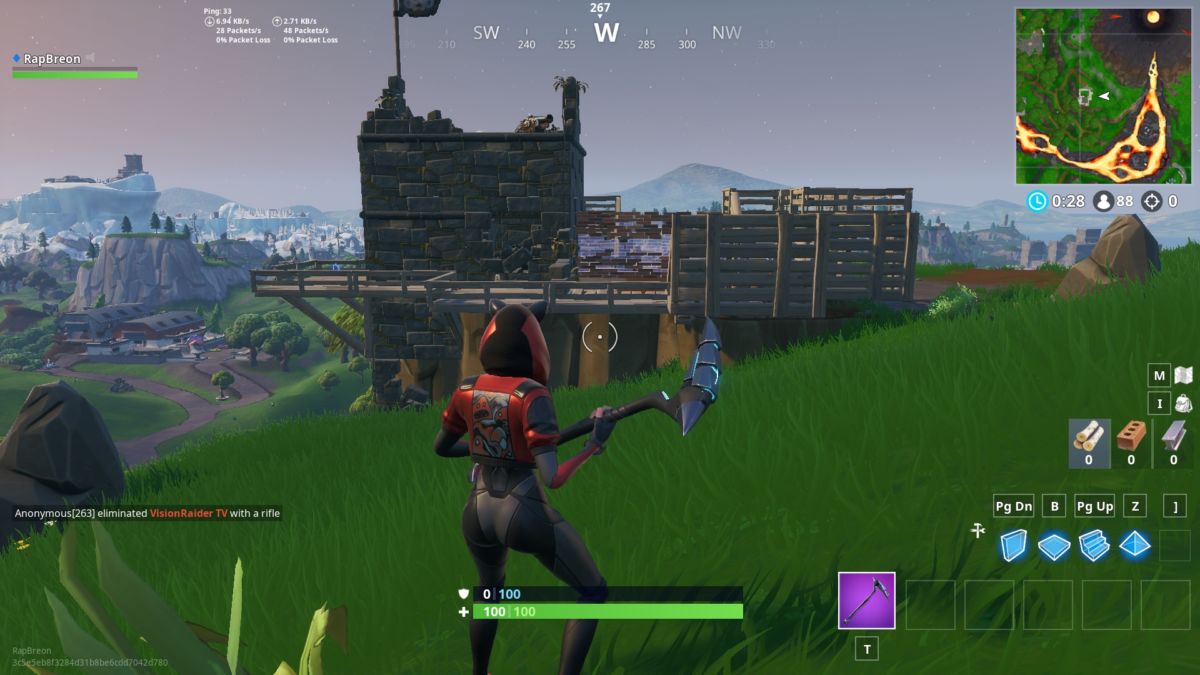 This pirate camp is also situated in the new biome. Particularly hard to miss this one as it’s halfway up the volcano’s incline on the southwestern side (just north of the lava river), sitting in plain sight. Just inside H4 on the main map’s grid. 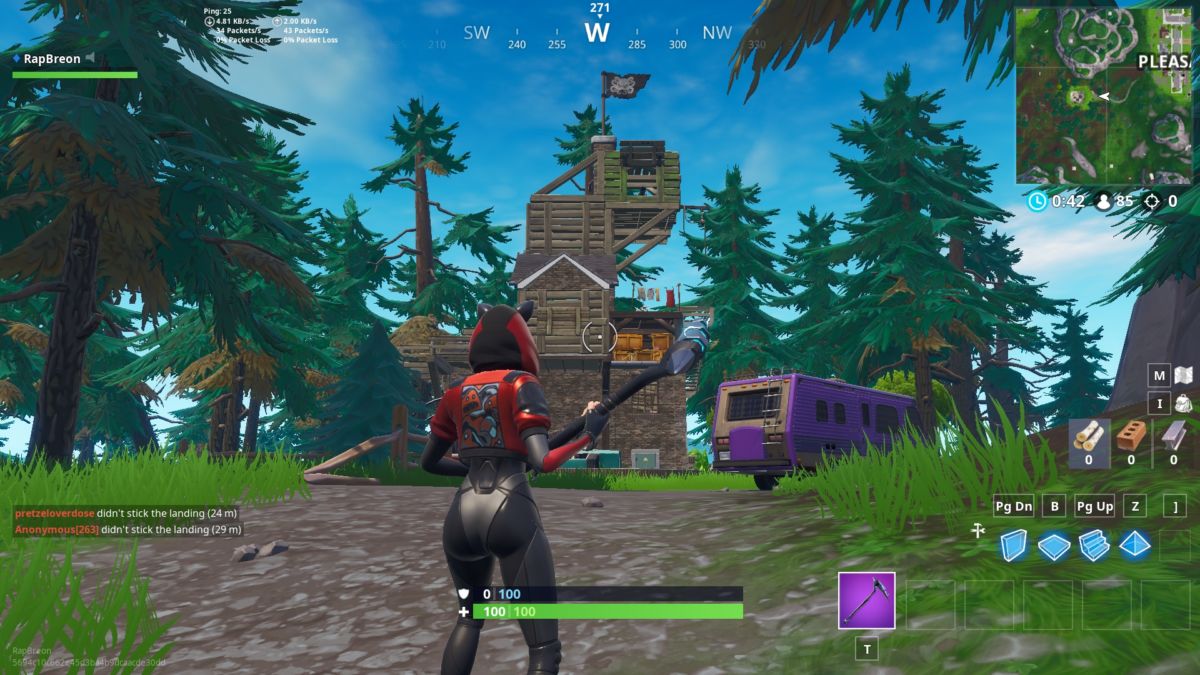 To the west of Pleasant Park is a spooky forest that had a dilapidated ‘haunted house’. Apparently pirates ain’t ‘fraid of no ghosts, because they’ve co-opted it and built a fort over the top of it. B4 on the main map’s grid. 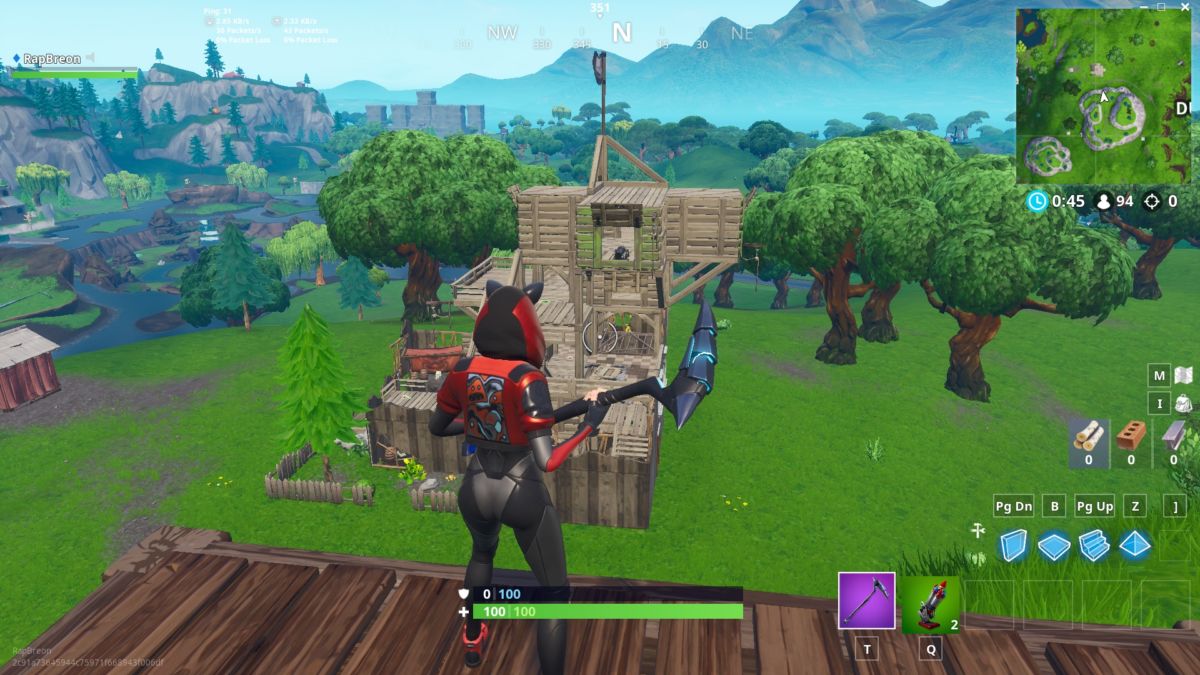 Another dilapidated ‘veteran’ building that’s been invaded by the pirate crew. West of the Dusty Divot warehouses is an old destroyed building that’s been there since the beginning of time. On the bright side it’s been fixed up, reinforced and improved thanks to the pirates. You can find it on the border of E5 and F5 on the main map’s grid. 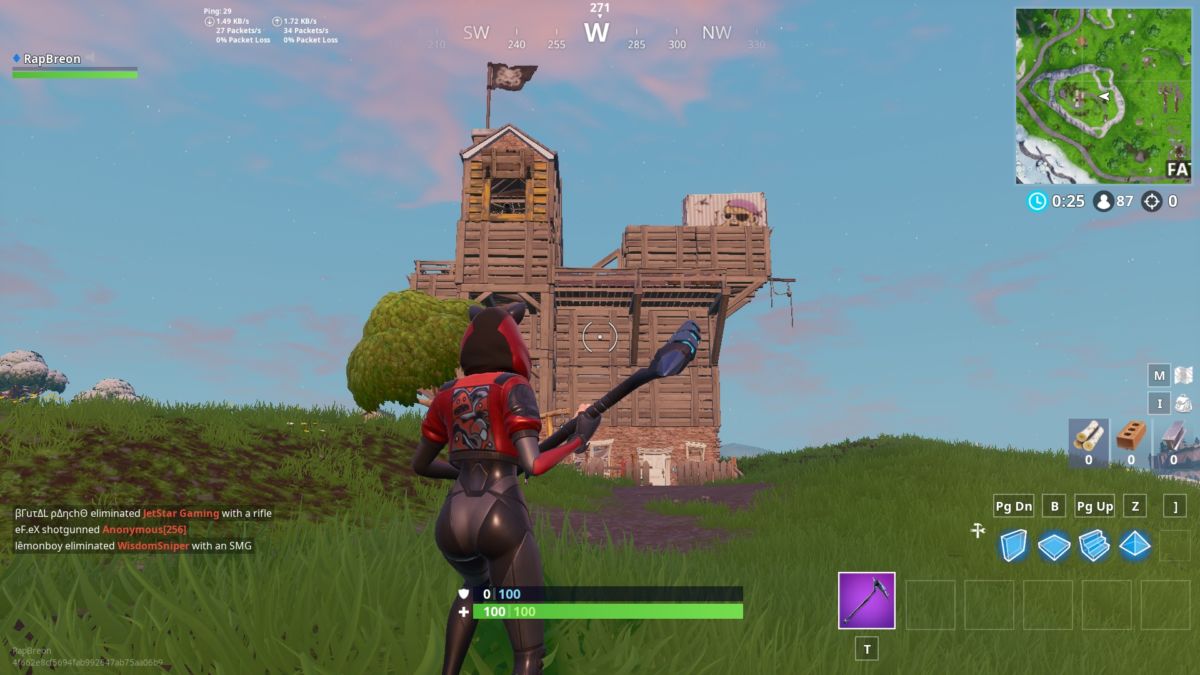 Once again we have another old world building repaired and armed to the gills. Southwest of Salty Springs, northwest of Fatal Fields is a large hill that overlooks both. Traditionally this hill has been home to a rather damaged house for many seasons now– not any longer. You can find this on the border of E8 and F8 on the main map’s grid. 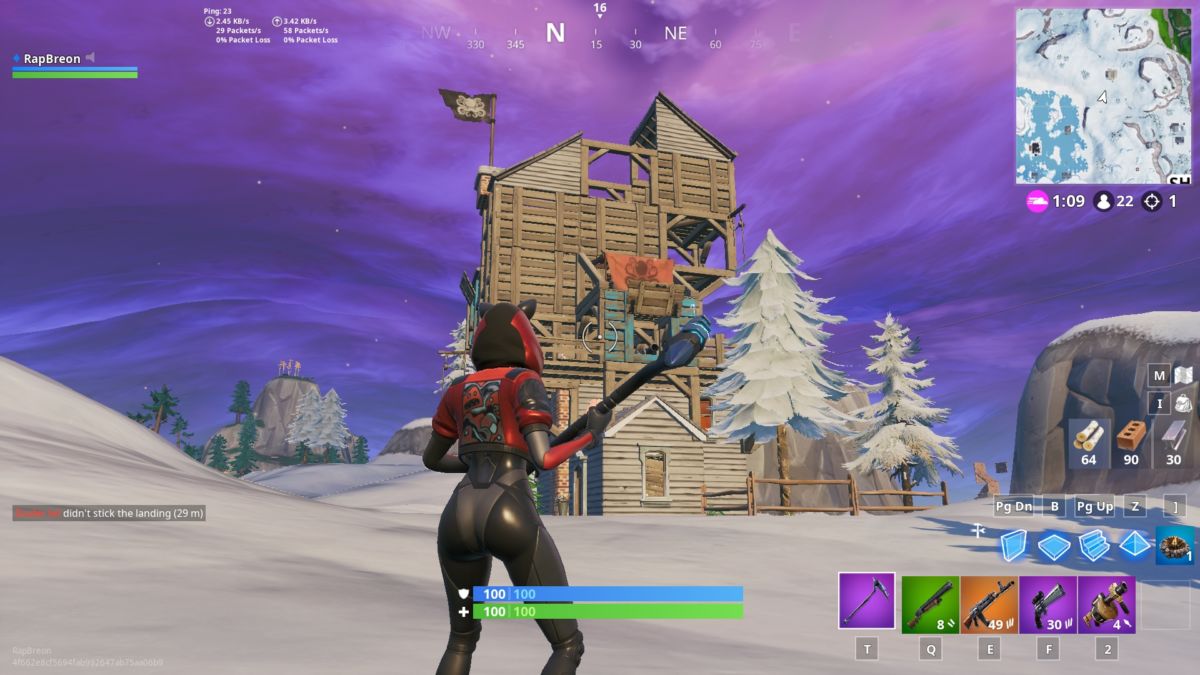 The final pirate camp you’ll find where the grassland becomes snowed over. Southwest of Tilted Towers, northwest of Shifty Shafts, is a small house converted into a pirate camp that overlooks the frozen lake where Greasy Grove used to be. C6 on the main map’s grid.

That is all there is to this challenge, land at a camp, grab a weapon and get to work. Week 5 consists of a fair few challenges that requiring traversing the map, including: Restoring 50 shields with mushrooms, using a vehicle, zipline and Volcano Vent in a single match and searching seven chests at Paradise Palms or Shifty Shafts. So jump in The Baller, you’ll be going on a fair few road trips this week.