The Pirate Cannons challenge for Week 2 of Fortnite Season 8 can be a nightmare, so we've put together a guide for you. 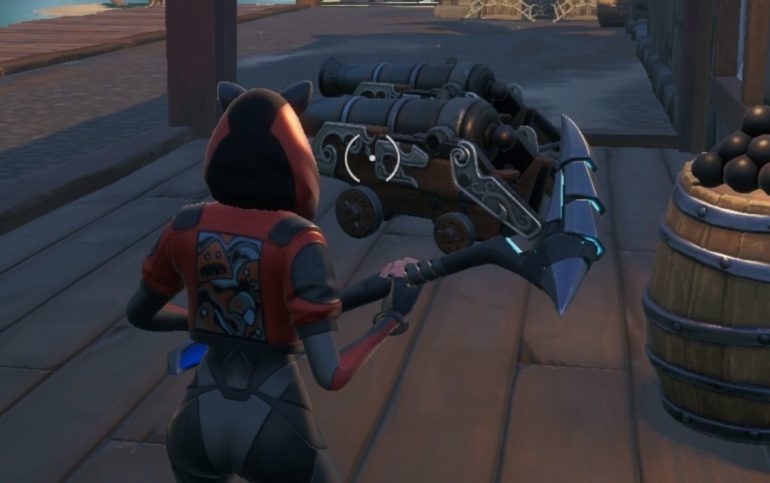 We’re up to Week 2 of Fortnite Season 8 and with it comes a challenge focused on the seasonal changes. This particular challenge asks you to inflict 100 damage to opponents with a pirate cannon. This challenge can be quite tricky for two reasons. The first is knowing where the cannons spawn, which we can help with our usual maps and screenshots.

The second is actually doing the damage, which is substantially trickier. This isn’t your usual ‘deal X damage with Y weapon challenge’, because the Cannons themselves are closer to vehicles than they are an actual weapon. You actually ride them like the old ‘shopping trolleys’ from a few seasons ago, but you get a cannon on the front this time around. This mobility makes the challenges significantly easier as they’re not exclusively defensive weapons, waiting for some poor sap to walk past.

Following this, you also have two options in how you actually fire the cannon. The first is you can use the cannon from behind, which lets you drive and light the cannon’s fuse, which will fire a cannonball. This cannonball moves agonisingly slow and has a parabolic trajectory, making it difficult to aim in conjunction with its slow size. These cannonballs are really not meant to be killing players, they’re meant for sieging and destroying structures, which they do well. 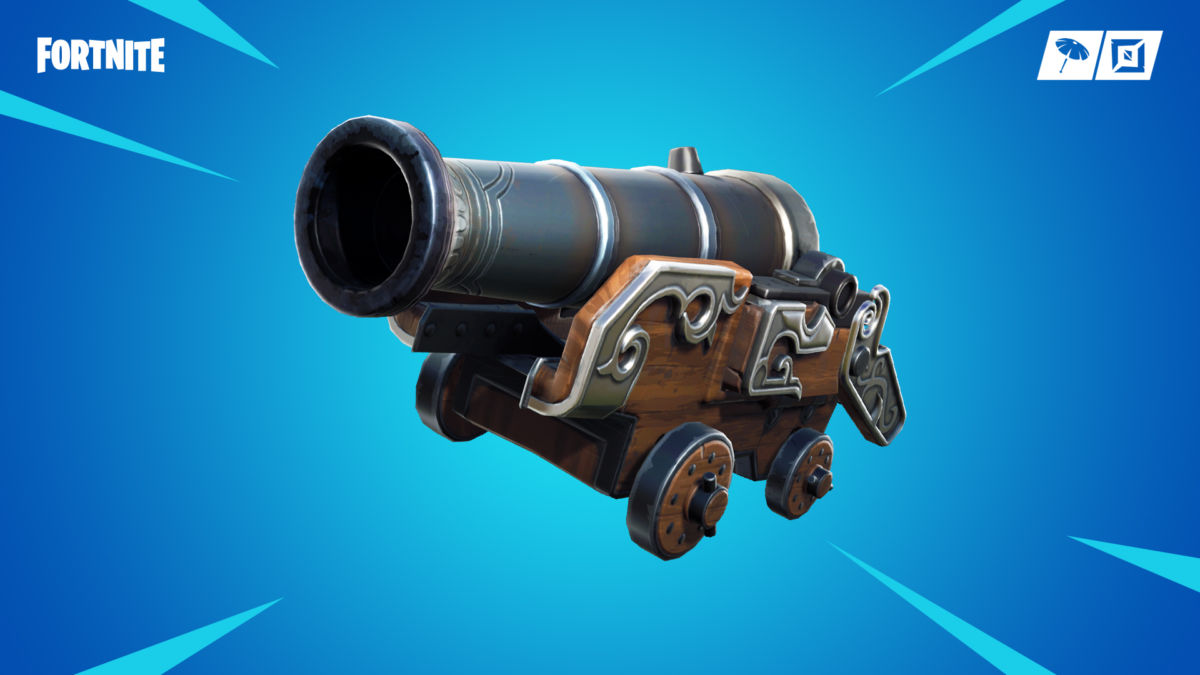 The second firing option is to interact with the cannon from the front and you’ll jump in, gaining the ability to fire yourself. While in flight, you basically are a cannonball (without the exploding). You’ll barrel through structures (taking some damage) and will significantly hurt any player you collide with. However, like a cannonball, you’re still fairly slow, so it’s still meant for sieging/invading structures. Finally, if you’re playing in squads/duos, you can have one guy drive the cannon and one sit in the barrel, which makes this slightly easier.

A cannon is simple enough, but finding a location in which a cannon spawns and is trafficked enough by players that you at least have a chance of doing some damage is a challenge in itself. Then you have the hard part: actually hitting them. The closer a target is, the easier they are to hit, but also the more at risk you are of them just shooting you the noggin’ as you are basically a stationary target. You could try hitting them while moving (especially downhill), but aiming the cannon while moving makes a tricky prospect trickier.

The best strategy is to continually land at the most trafficked area you can find that spawns a cannon, rush the cannon and try to hit people before they armour up and are preoccupied with other enemies. Not the most elegant solution to be sure, but the easiest to pull off. It’ll probably take a few games of trying until you land the magical shot.

We’ve included a map detailing all the cannon spawns we’ve found. The pirate camps always contain at least one cannon and are circled in red. The ‘extra cannons’ (i.e. the ones that don’t spawn in a pirate camp) are circled in blue. 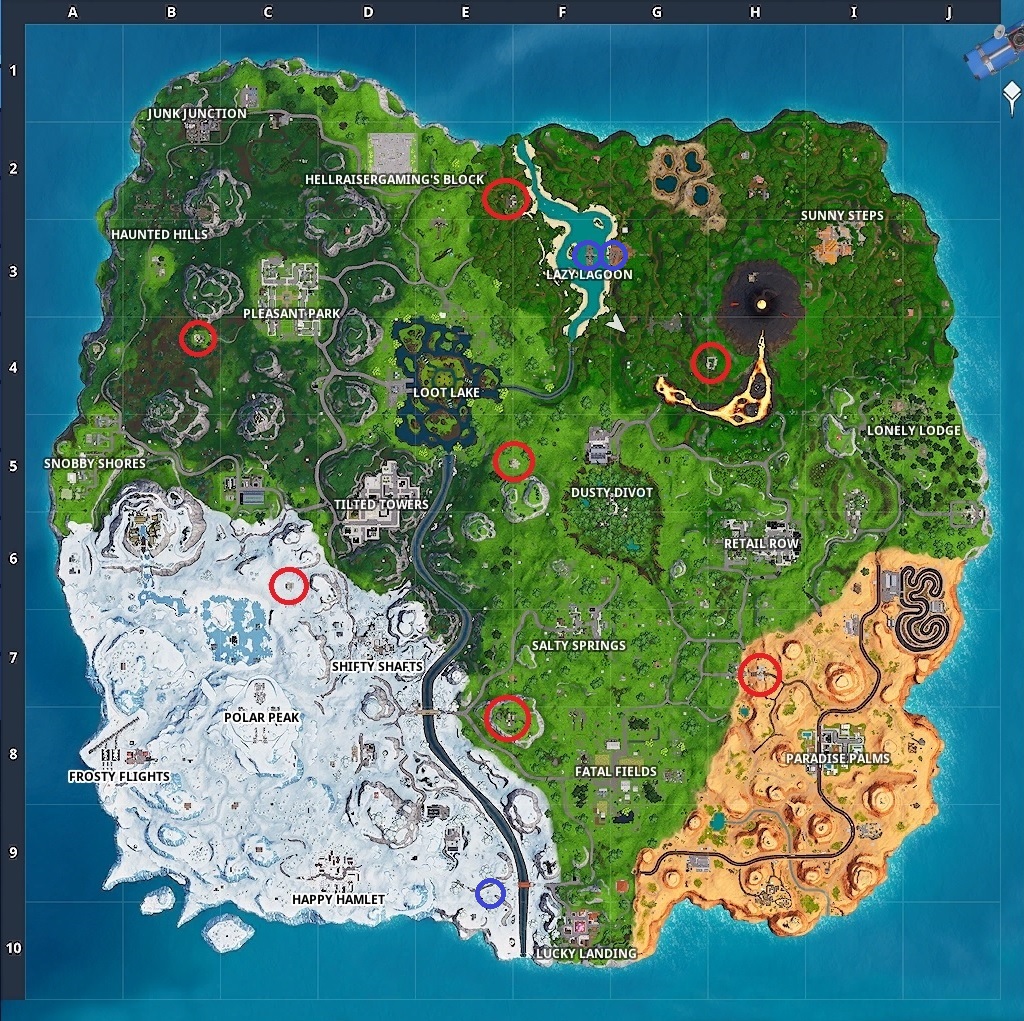 As you can see, the pirate camps are the most common source of cannons and are typically the most trafficked areas in which you will find a cannon. Coupled with the outlined strategy earlier, these are the best spots to try and complete this challenge as they have decent enough loot to attract players, so I suggest focusing on these locations. As we’ve covered each pirate camp individually in another article, we’ll only show screenshots of the non pirate camp cannons. 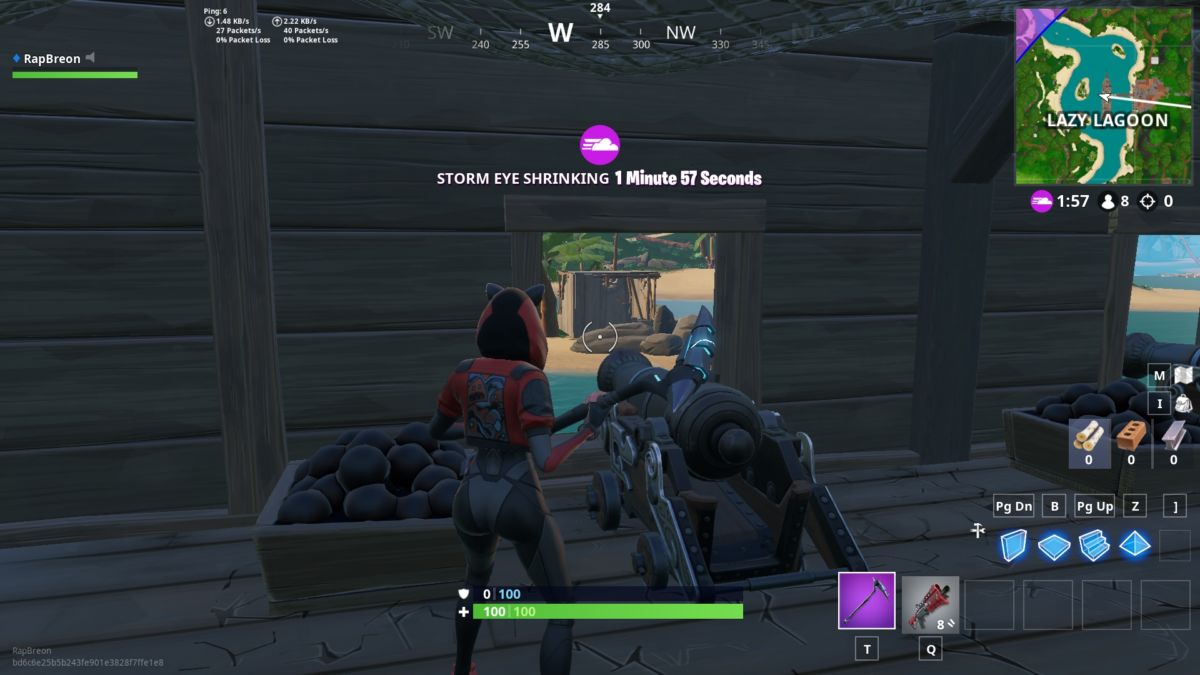 This is probably the first place anybody would think of when looking for a battery of pirate cannons. There is a pirate ship docked at Lazy Lagoon, you’ll find cannons under the deck. F3 on the main map’s grid. 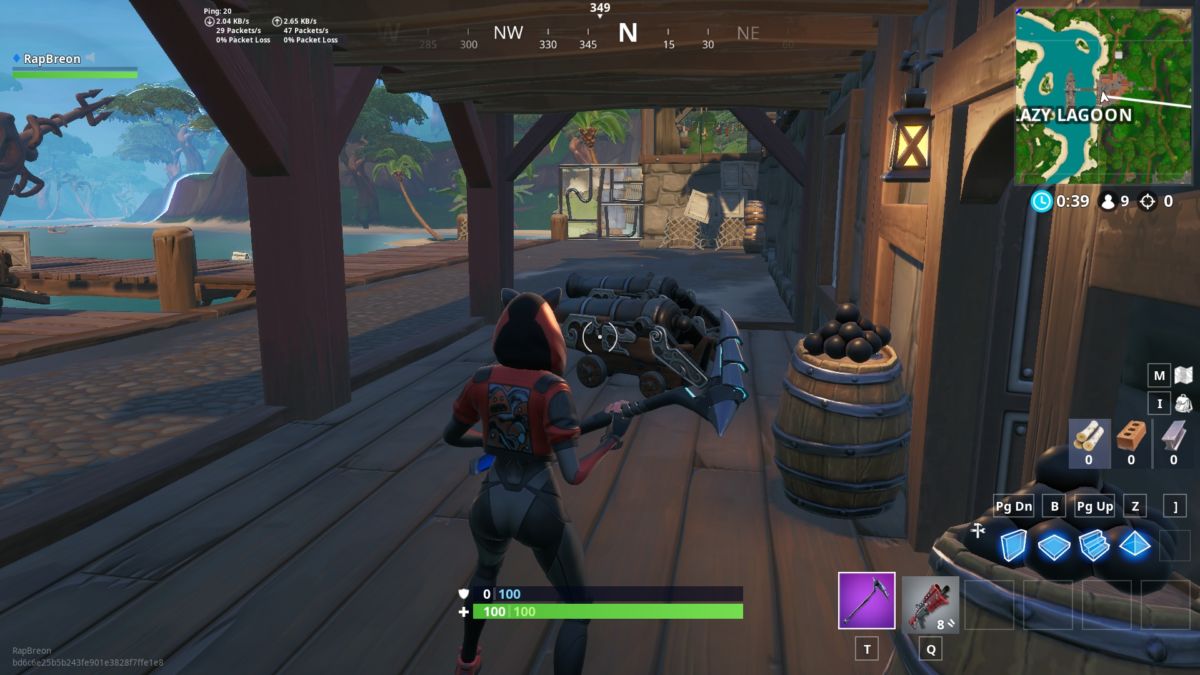 Lazy Lagoon has a real ‘pirate town’ vibe going on. Part of that is created by a copious amount of cannons laying around, especially near the dock. You’ll find these cannons in both F3 and F4 on the main map’s grid, not far from the ship. 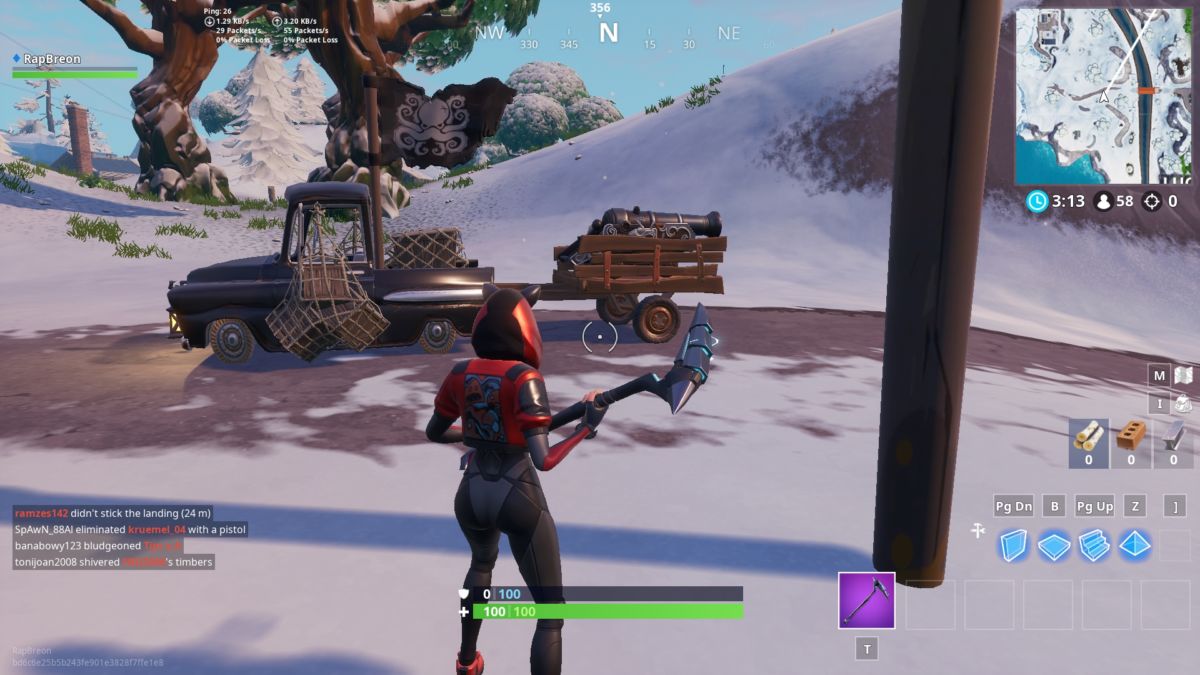 The last non pirate camp cannon is down south, near the southern edge of the map. You’ll find this cannon to the west of the map’s main river, on the snow side on the back of a trailer (of all places to find a pirate cannon). E9 on the main map’s grid.

With all this in mind, the place with the best odds to complete this challenge is the pirate camp just southwest of the Volcano (near the flow). This is because the area is still new enough to attract more players to it than it would if it were old. The pirate camps in the older locations just don’t seem to have has much foot traffic as this particular camp does.

If you’re not particularly fond of this location, the Dusty Divot pirate camp is a strong second place as it is centrally located on the map with the Battle Bus passing close to it every game by virtue of that fact. Not only will it get a decent amount of people landing there (comparatively to other pirate camps), but a fair bit of ‘second hand’ traffic as players move through the area.

Finally, any camp that is close to the Battle Bus starting route is a good option too, as a lot of players tend to jump out ASAP in hopes of getting into early brawls. All-in-all with a challenge like this, nothing substitutes a bit of luck and hitting an unaware opponent, because those cannonballs move slow.