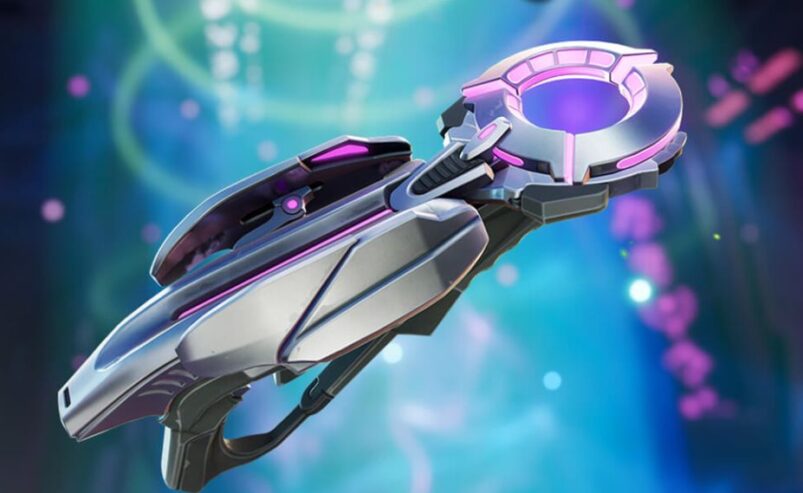 In a season packed with new weapons and crazy inventions, the Grab-Itron may just be about the wildest thing added to date in Fortnite, even more so than the Plasma Cannon.

Introduced with v17.30, the Grab-Itron is another weapon that’s the work of Rick Sanchez of Rick & Morty fame, who seems to have been inspired by Half-Life’s Gravity Gun. It seems very overpowered, capable of sucking up projectiles and objects and hurling them at other players.

Here’s everyhing you need to know about the Grab-Itron in Fortnite: Season 7.

Available in Epic rarities, the Grab-Itron isn’t a weapon in the traditional sense. Instead it uses whatever it has in its tractor beam as its own weapon, with the bigger the object, the more damage it does.

You are able to pick up vehicles and even animals, though there’s obviously a weight limit — you won’t be able to pick up a building. With the object in your beam, you can then fire it at enemies and structures for massive damage.

Bear in mind that you can also hit reload to rotate whatever is in the Grab-Itron’s beam. Doesn’t sound that useful for BR, but might create some fun puzzles in Creative.

What is useful, though, is that the Grab-Itron can also repel damage and be used as a shield. If you have a large object, such as a car, that will help you soak up a lot of bullets and lasers.

As the Grab-Itron is only the Epic rarity, it spawns wherever loot normally spawns, though does have a higher chance of spawning in air drops and other rarer “chests”, like IO Chests.

The Grab-Itron can also be found in Abductors and the Mothership.

There doesn’t seem to be a limit to how many you can carry at once either, so have fun. Bear in mind that as it’s quite overpowered and unbalanced, the Grab-Itron is not in competitive.