What a load of bull. 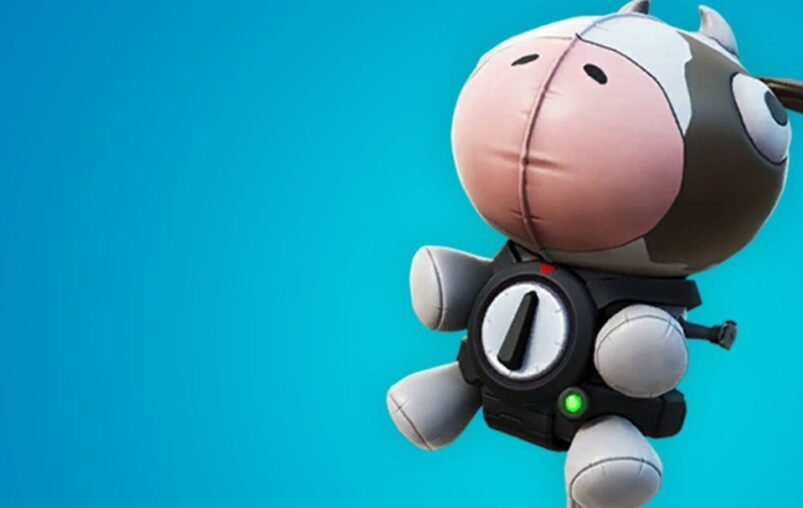 Fortnite is back to giving its players fun, almost silly items with the release of the Inflate-A-Bull as part of a content update for Week 6 of Fortnite: Chapter 2 – Season 7.

Previously found in the files, the Inflate-A-Bull isn’t a weapon as such, rather something closer to the jetpack than can also stop you from getting hurt by fire. It’s a pretty weird item, and Fortnite needs a lot more weirdness sometimes.

Here’s everything you need to know about the Inflate-A-Bull in Fortnite Season 7, which is available from July 13th.

“A suit that gives you cow-like properties, such as being able to: roll down hills, bounce off cliffs, and be impervious to fire. You know, normal cow stuff.”

Considering that it doesn’t have ammo or really even attack other players, the Inflate-A-Bull doesn’t have conventional stats to speak of.

However, it can be deployed by jumping in the air, at which point you will have a directional impulse that will help you to roll around and bounce about. Serious players, this isn’t the item for you.

Worn as a backpack, just like the Jetpack of old, the Inflate-A-Bull will have 8-16 seconds of cooldown, though it will be destroyed if an enemy shoots it.

If you want to avoid the randomness of finding an Inflate-A-Bull, Rick from Rick & Morty also sells them out on the map for 25 Gold Bars.

Rick is located where Hunter’s Haven used to be, Defiant Dish, which is to the west of Lazy Lake. Walk up with him and part ways with 25 Gold Bars to get started on your use an Inflate-A-Bull and place cow decoys in farms challenges for Week 6.

As well as that, Inflate-A-Bulls can be found wherever loot usually spawns, such as Chests, Supply Drops, or even as floor loot. However, to save yourself potential headache, go visit Rick at Defiant Dish instead and buy it off him.

MORE FORTNITE: Fortnite: How To Get The LeBron James Skin