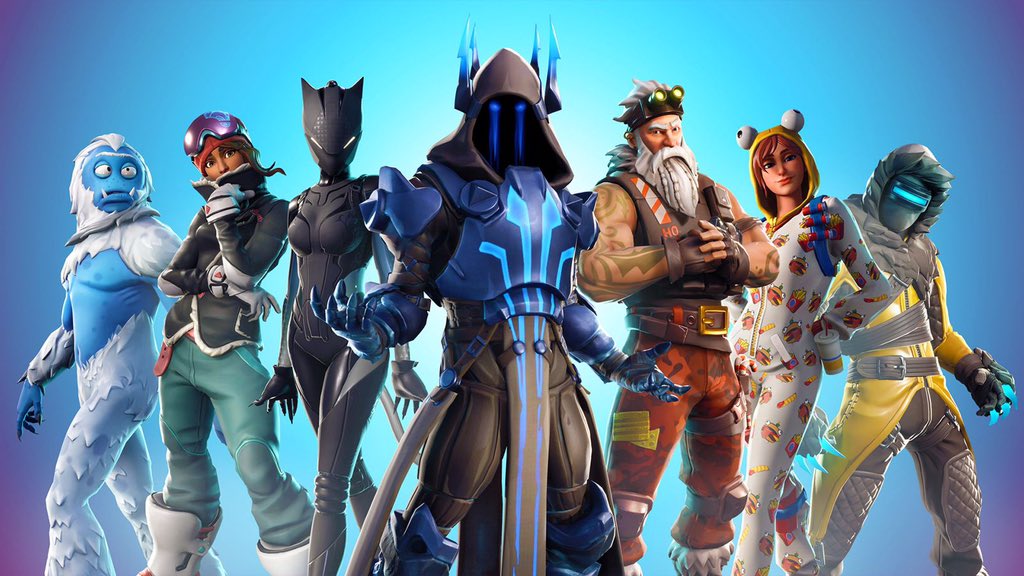 Here's all the Fortnite Season 7 Battle Pass skins, including cat and a very silly yeti.

With Fortnite season 7 now underway, its Battle Pass skins have been properly revealed and it’s fair to say that they are embracing the heck out of the Christmas theme with bad Santas and much more.

Here’s a rundown of the Battle Pass skins and a smarmy verdict on each. Remember: to unlock these skins you need to have purchased the Battle Pass, which you can buy either through leftover V-Bucks from season 6 (or earlier) or with a purchase through the storefront of whichever platform you’re on. The Battle Pass again costs 950 V-Bucks, which translates to £8/$10.

Once you purchase the Battle Pass/launch season 7, you will be greeted with the following screens. 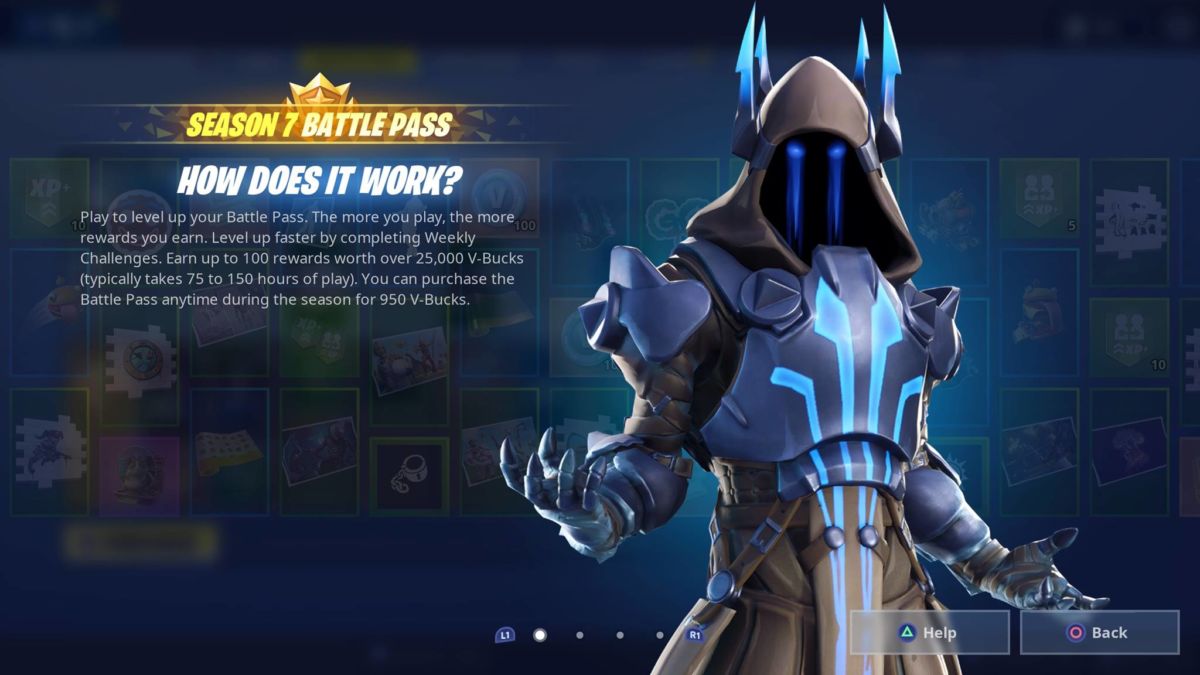 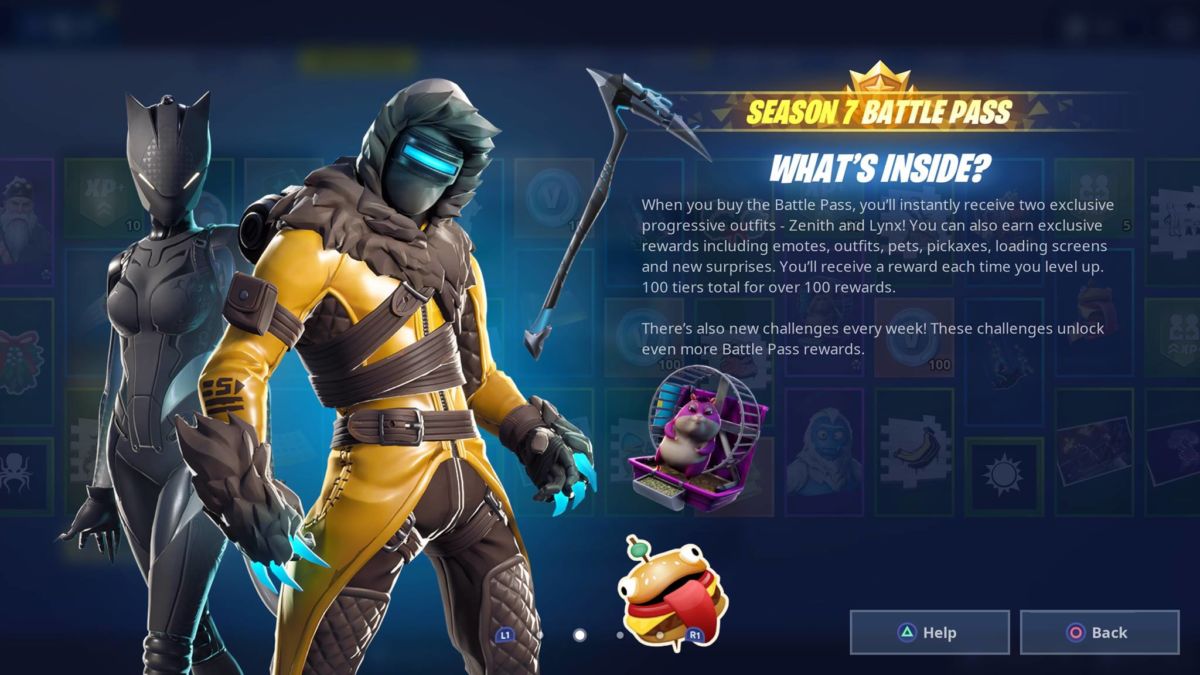 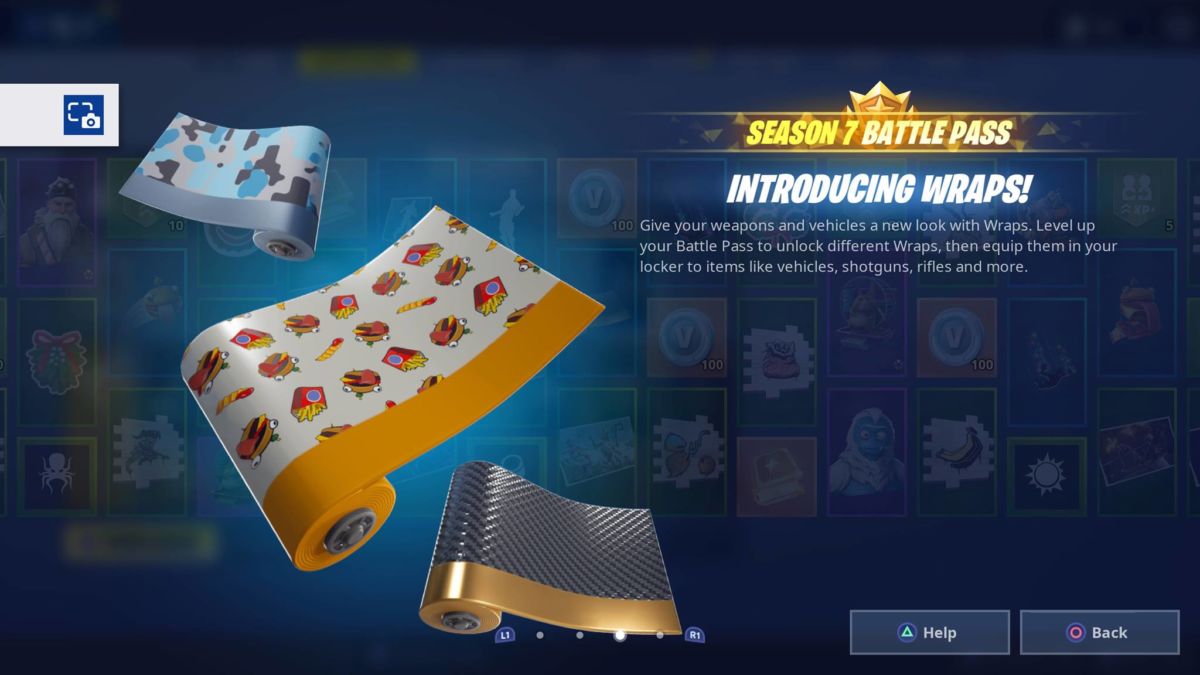 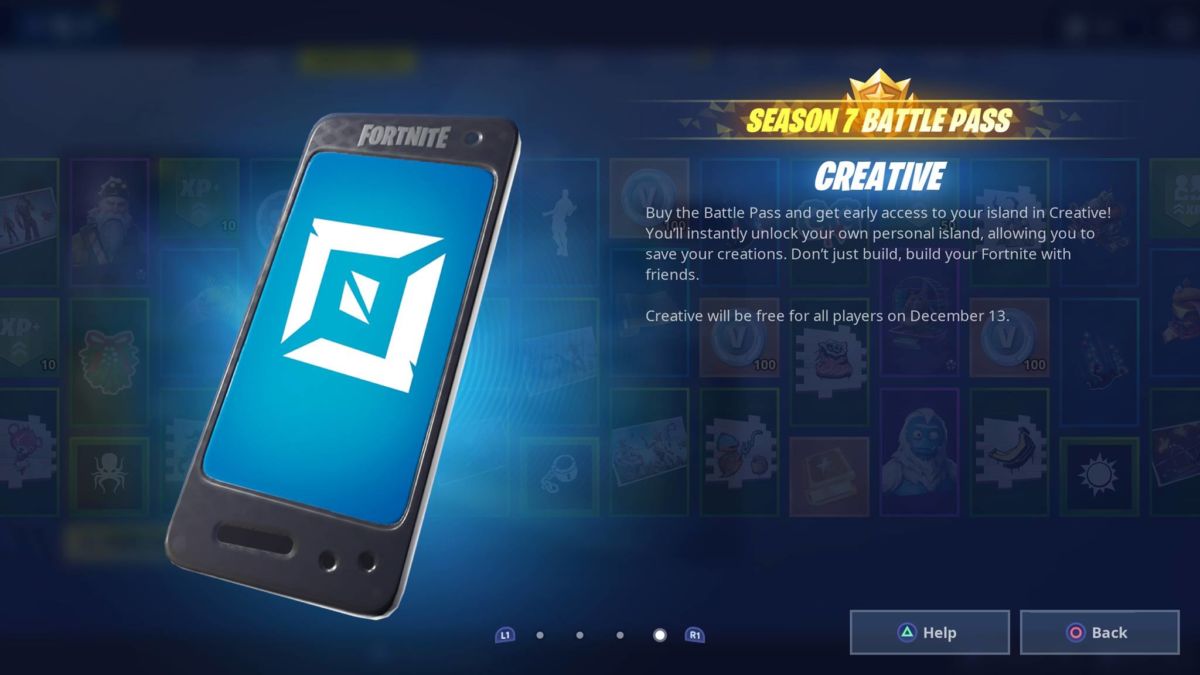 Here are all the skins in the Fortnite Season 7 Battle Pass. 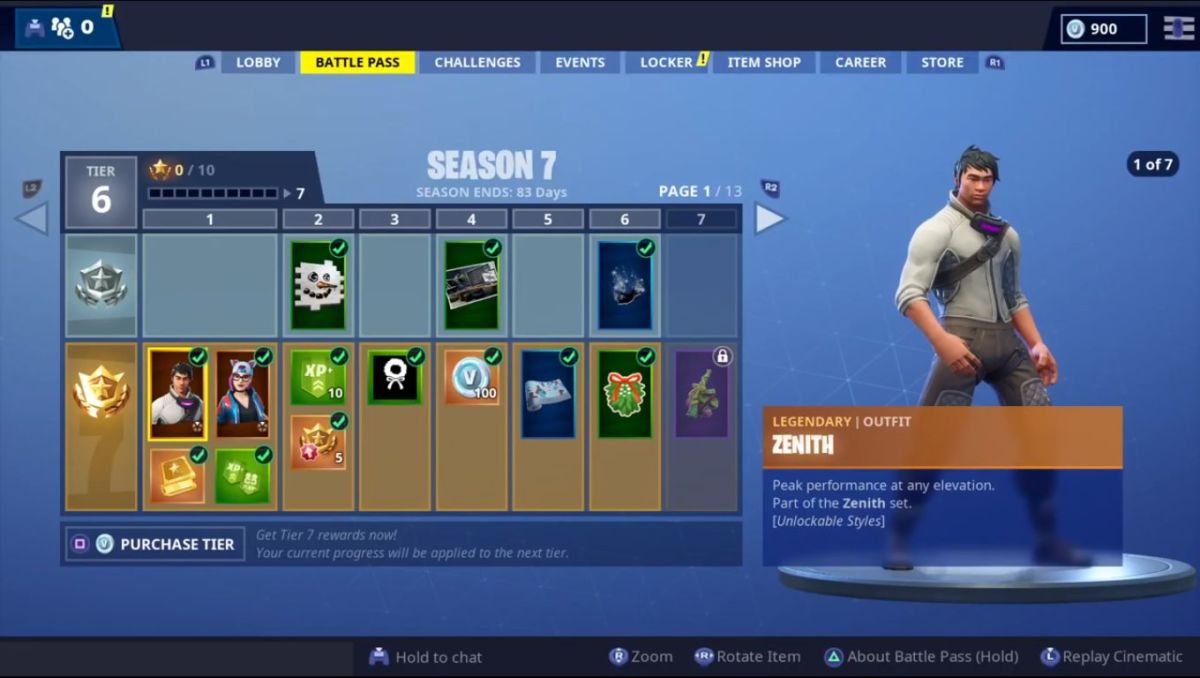 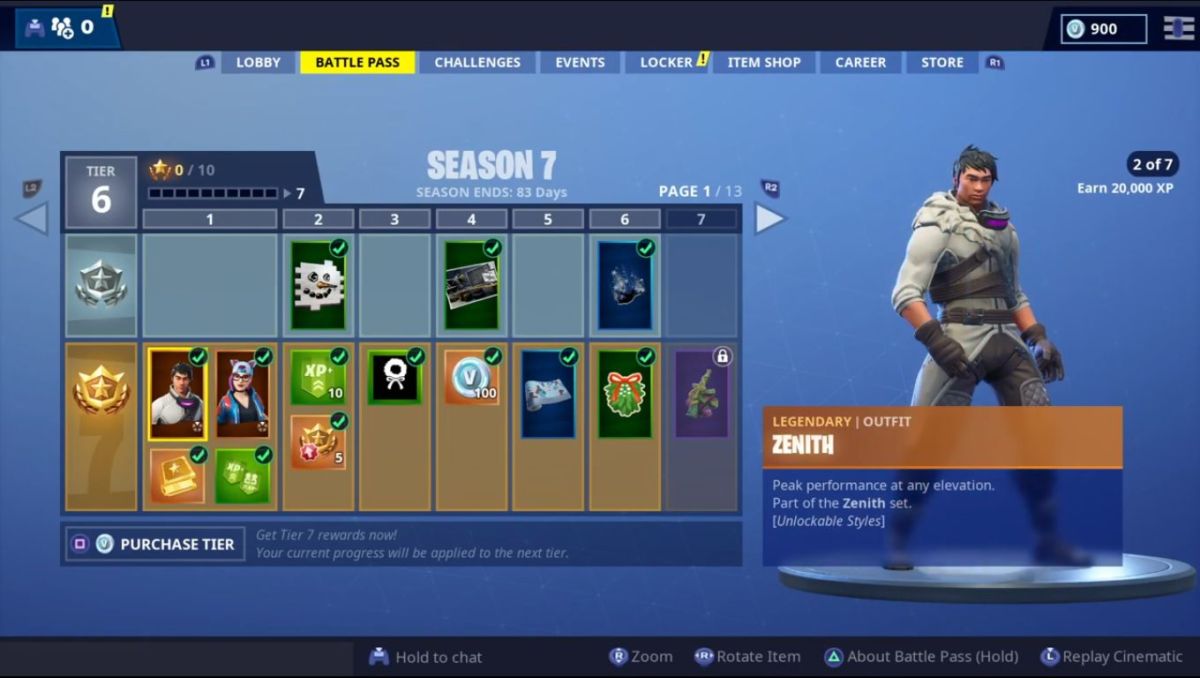 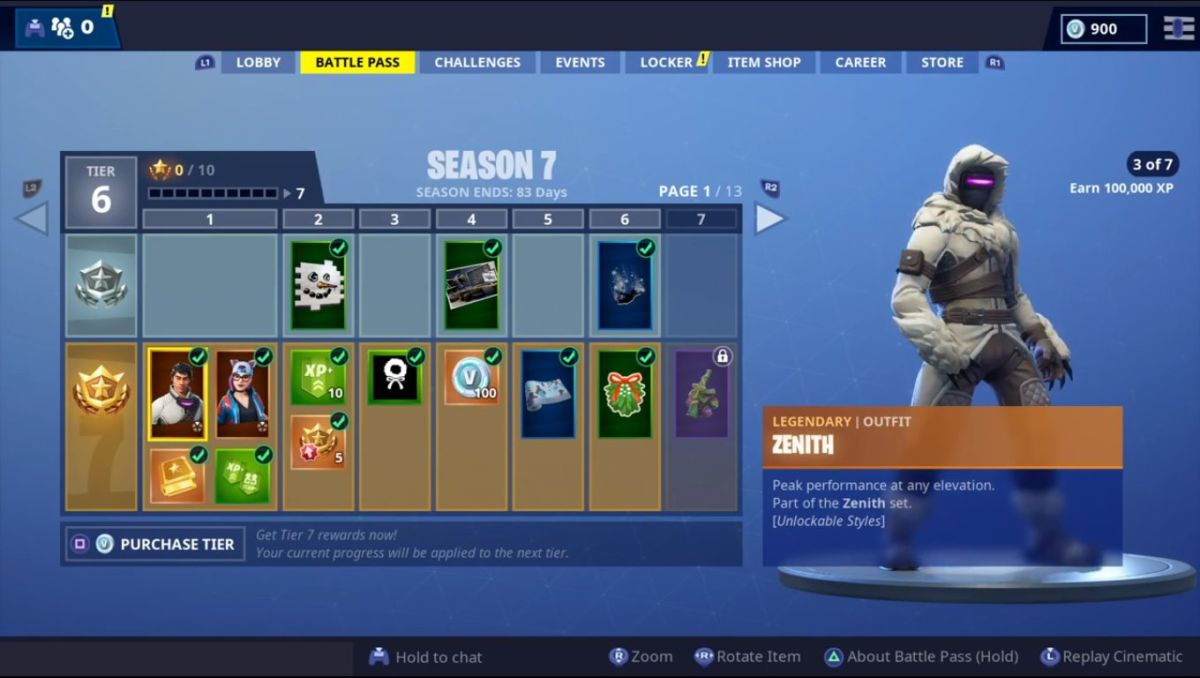 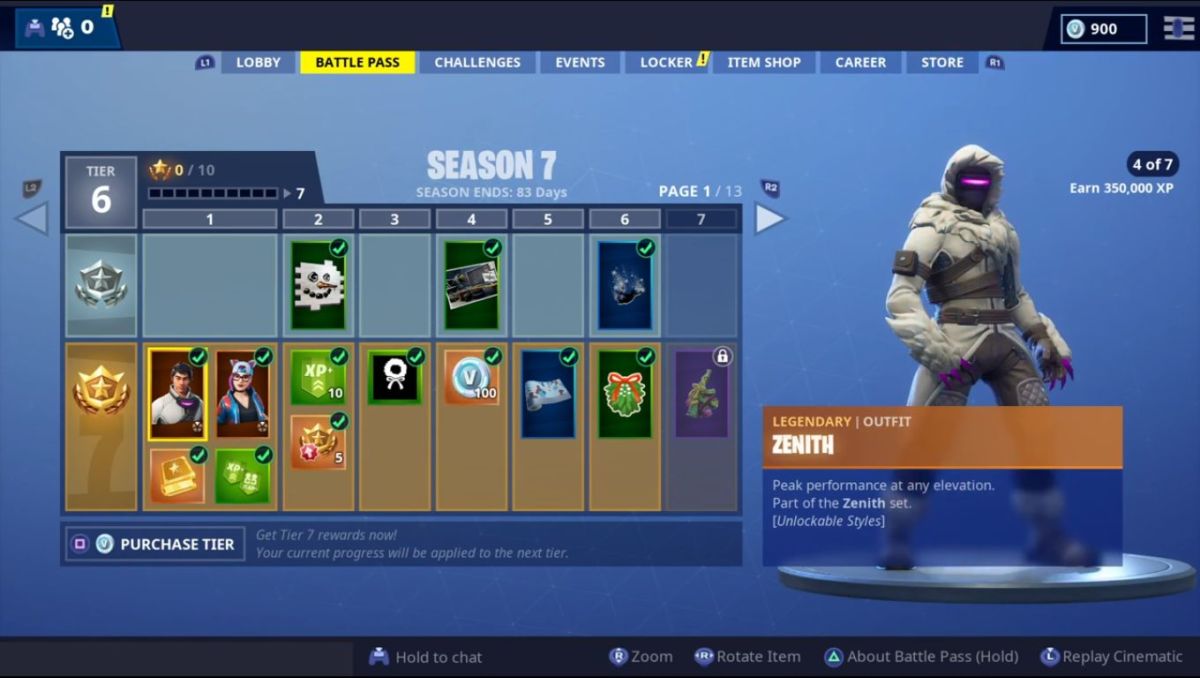 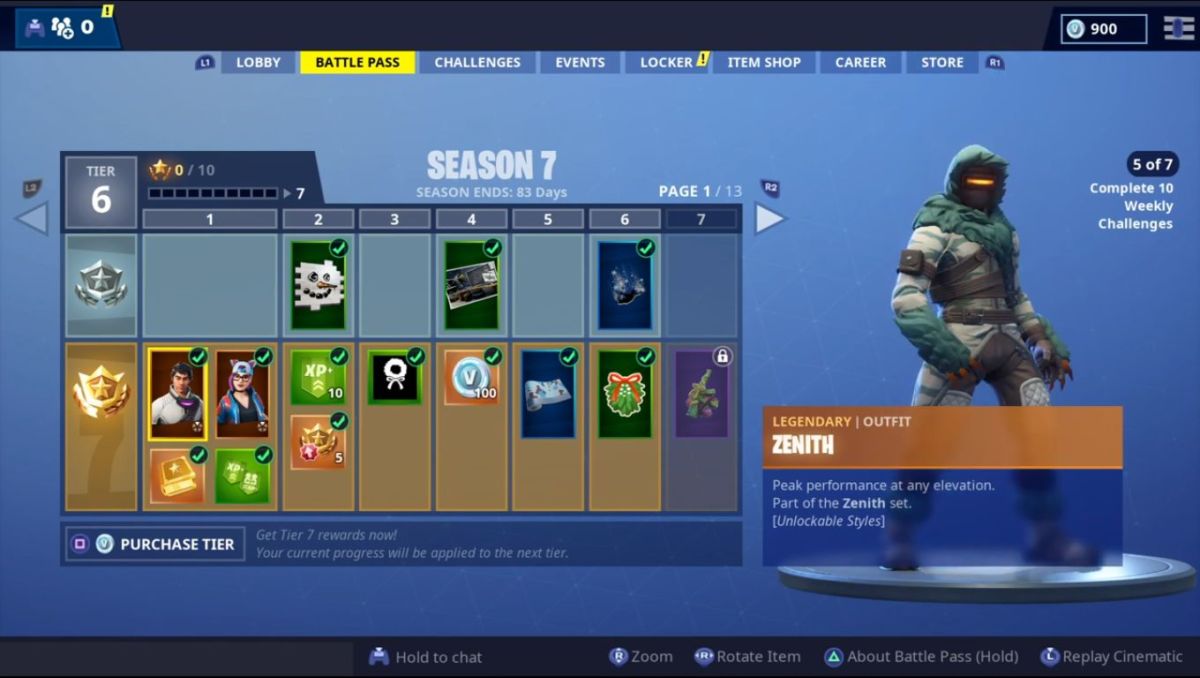 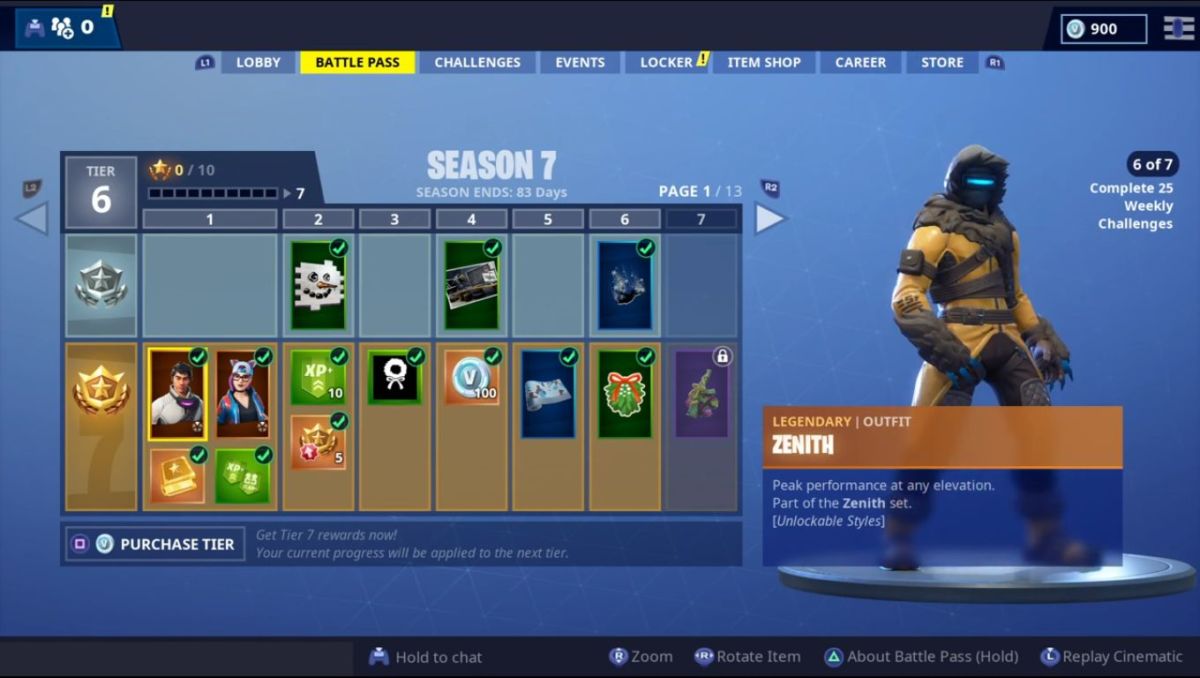 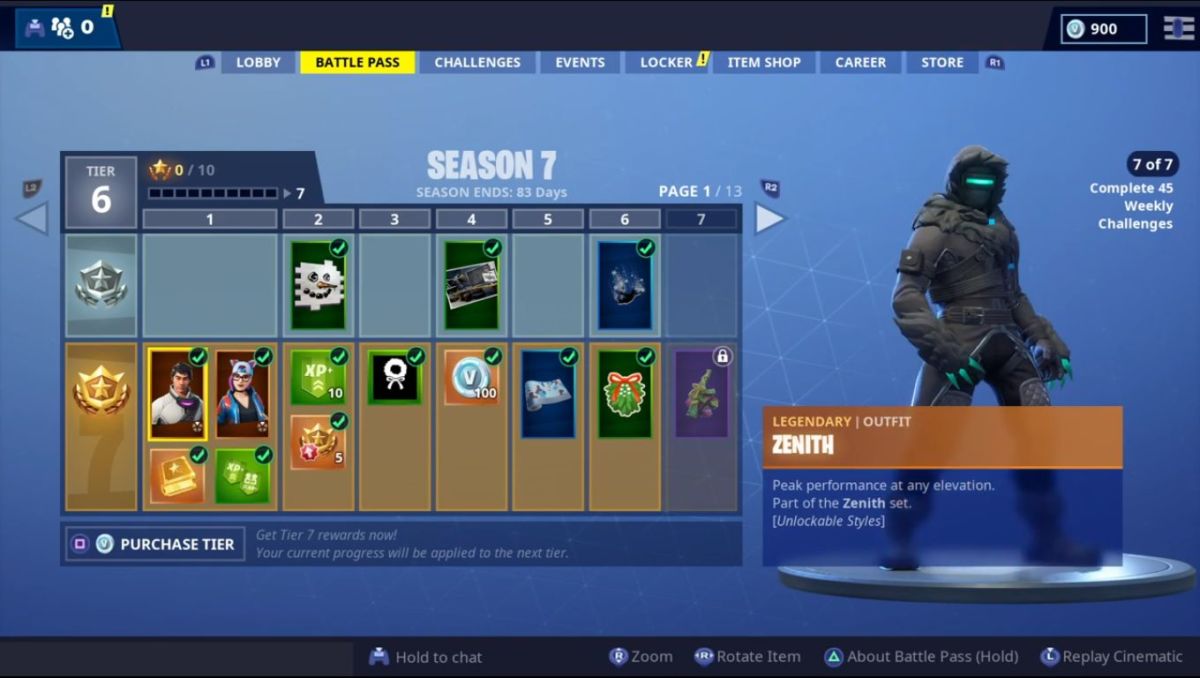 It really looks like someone fell asleep while editing this halfway through. There’s nothing much to it, just a guy wearing some winter clothing in slightly different colours. For my money, the first unlock of it is the most interesting of them all. 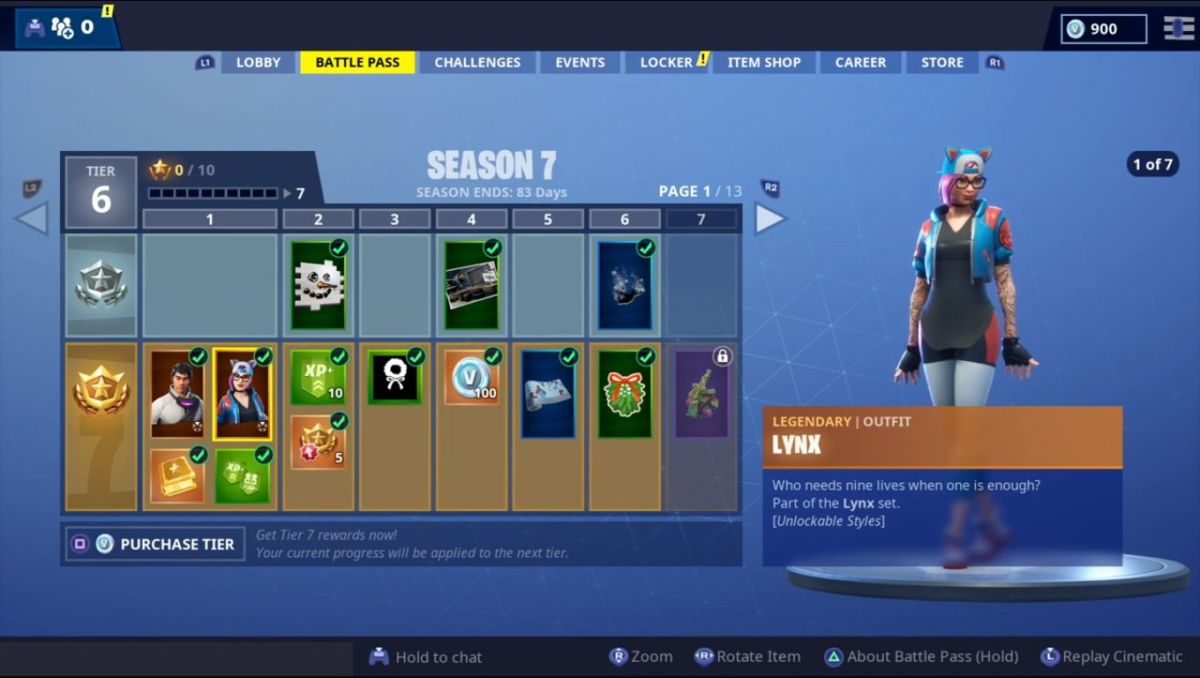 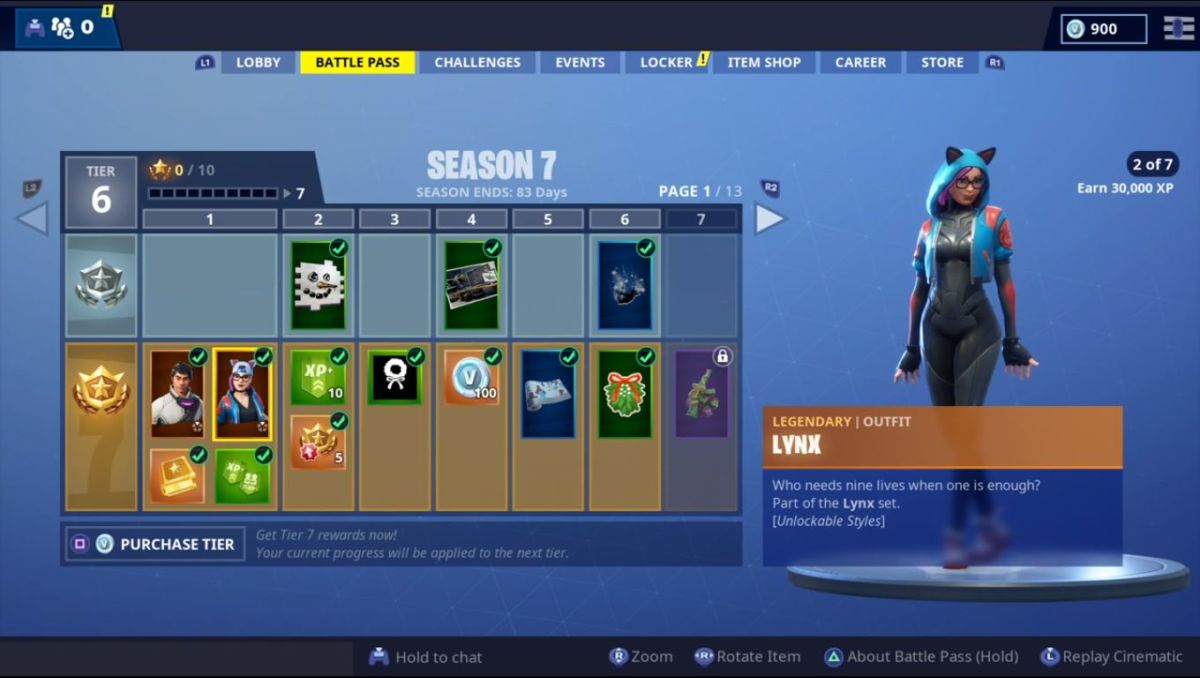 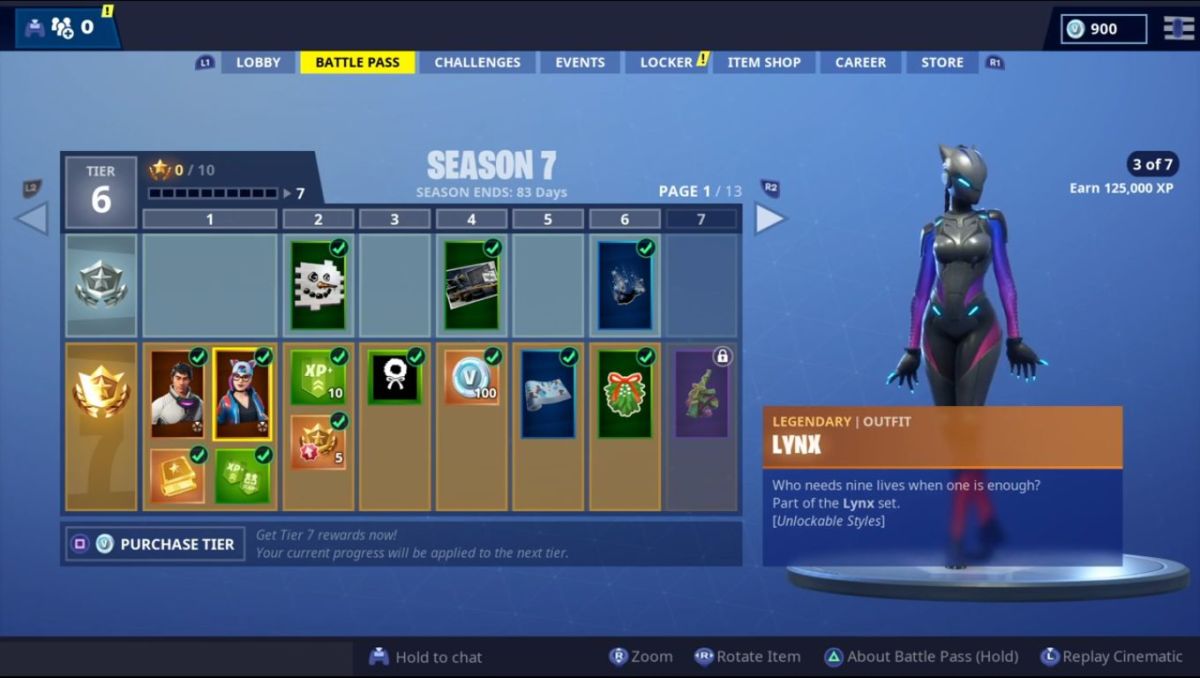 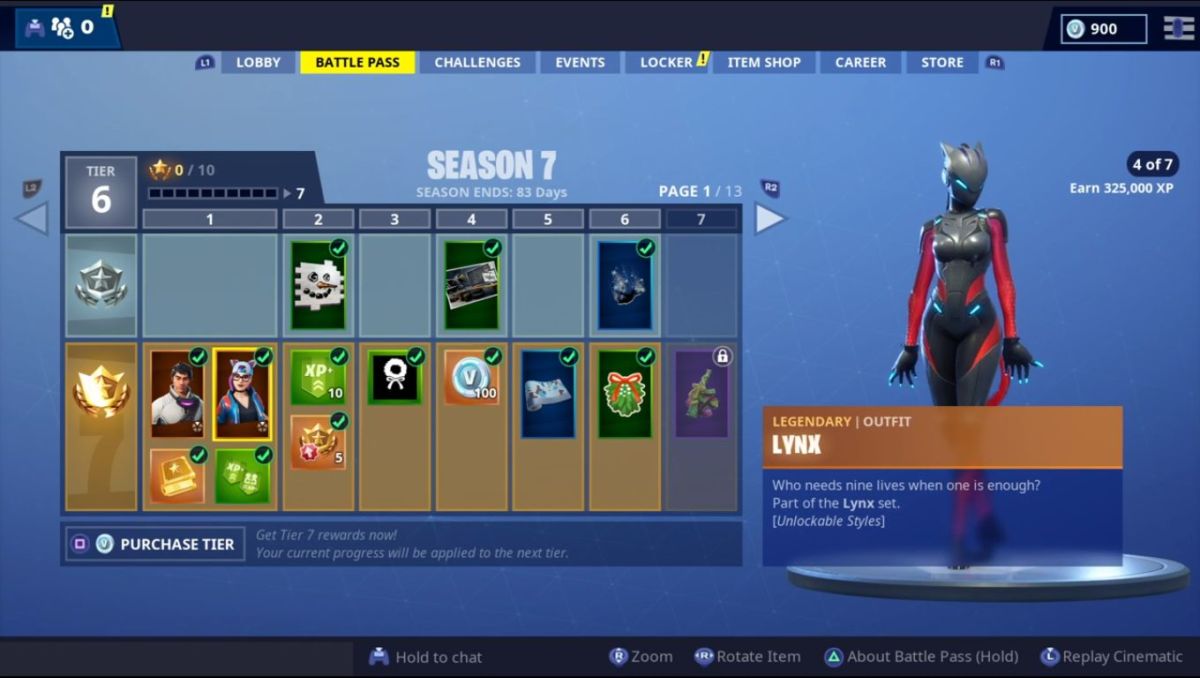 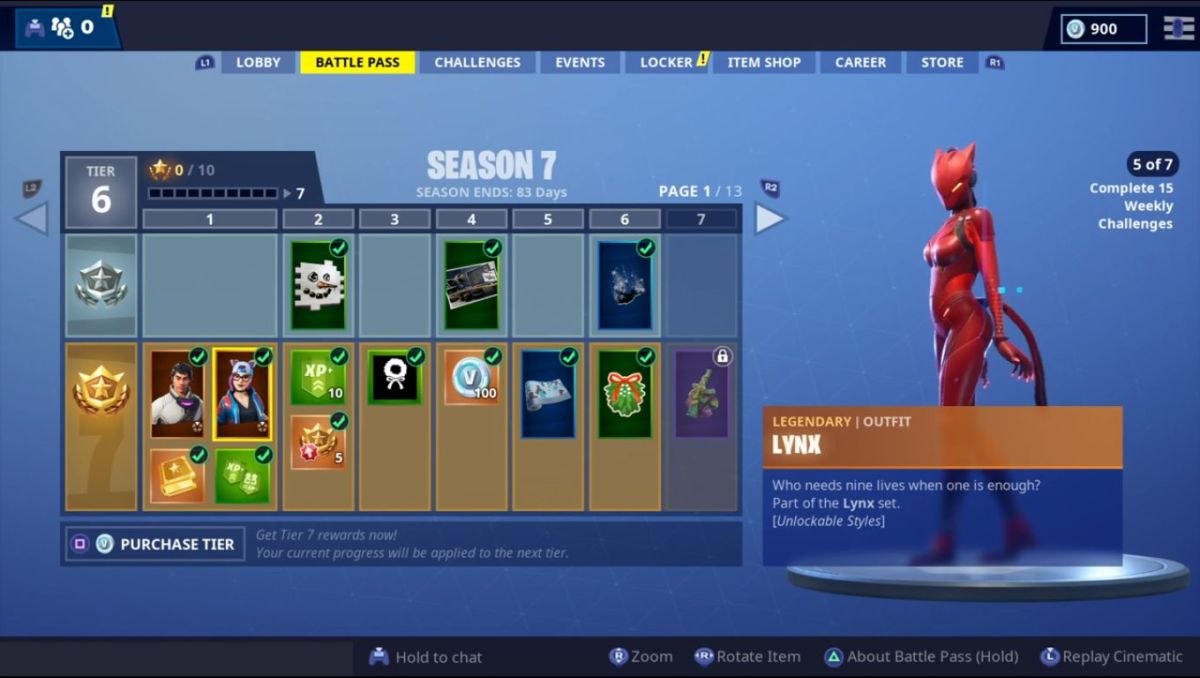 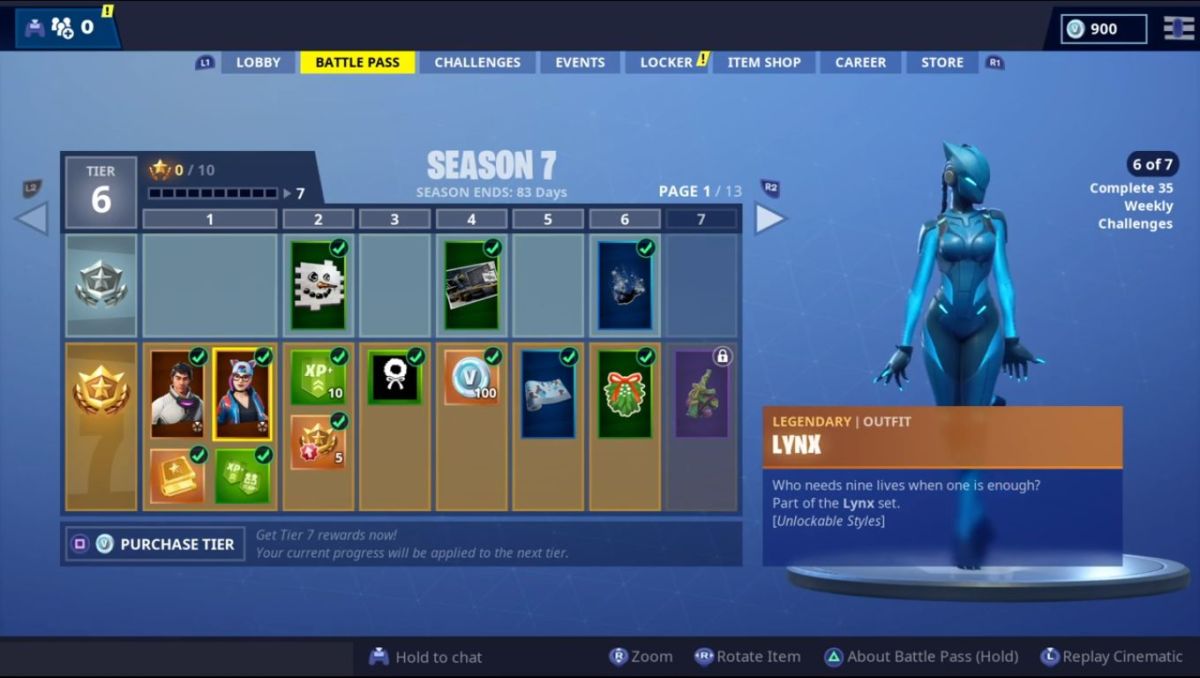 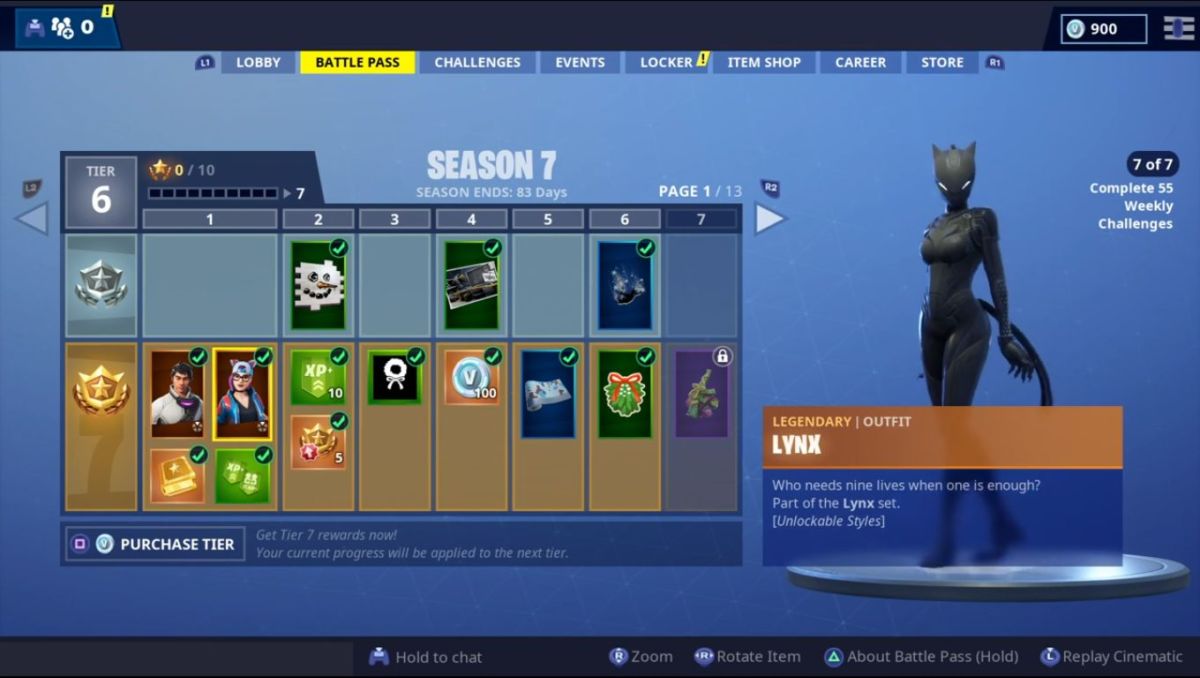 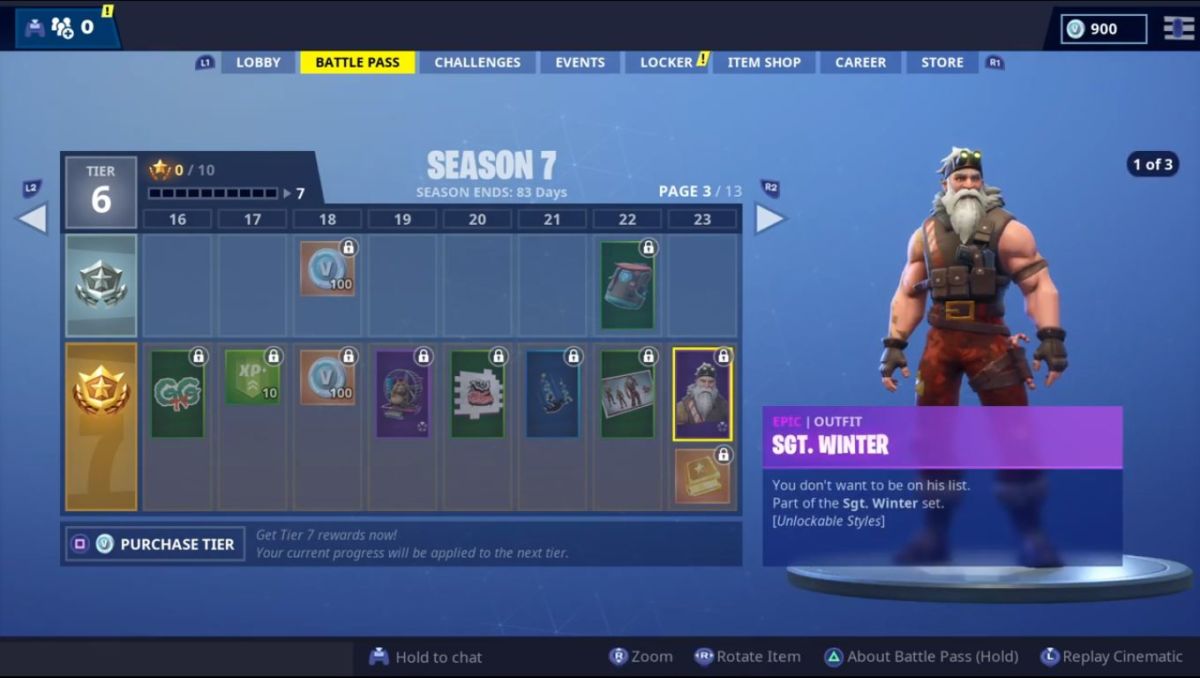 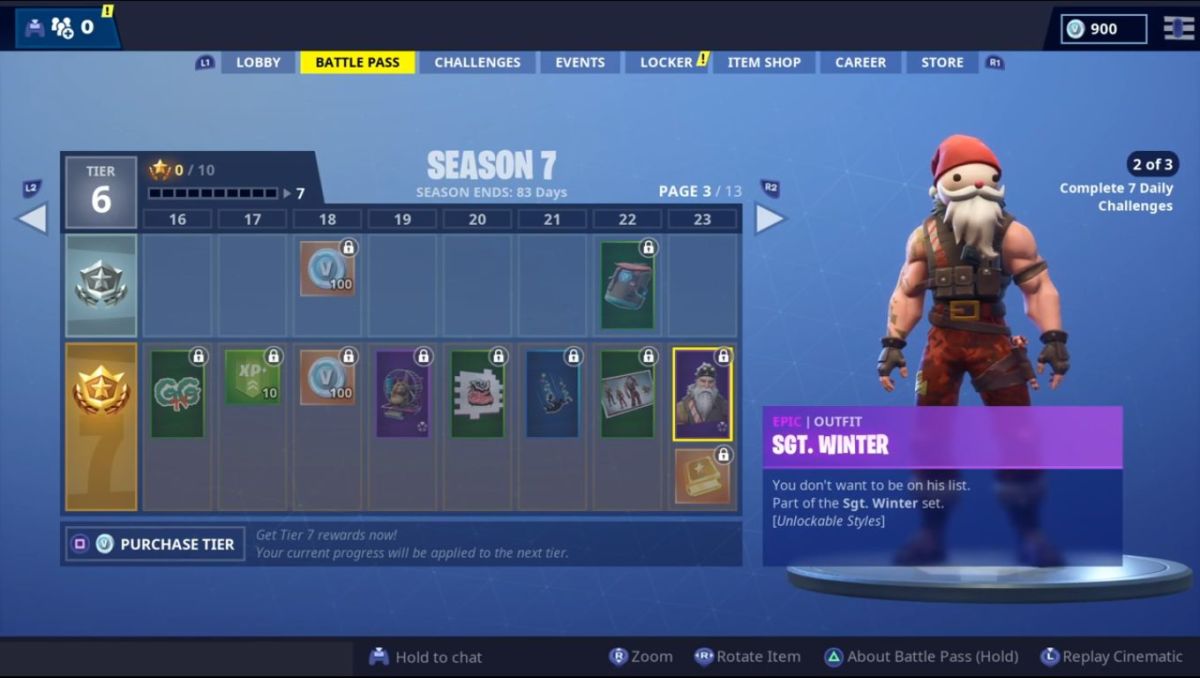 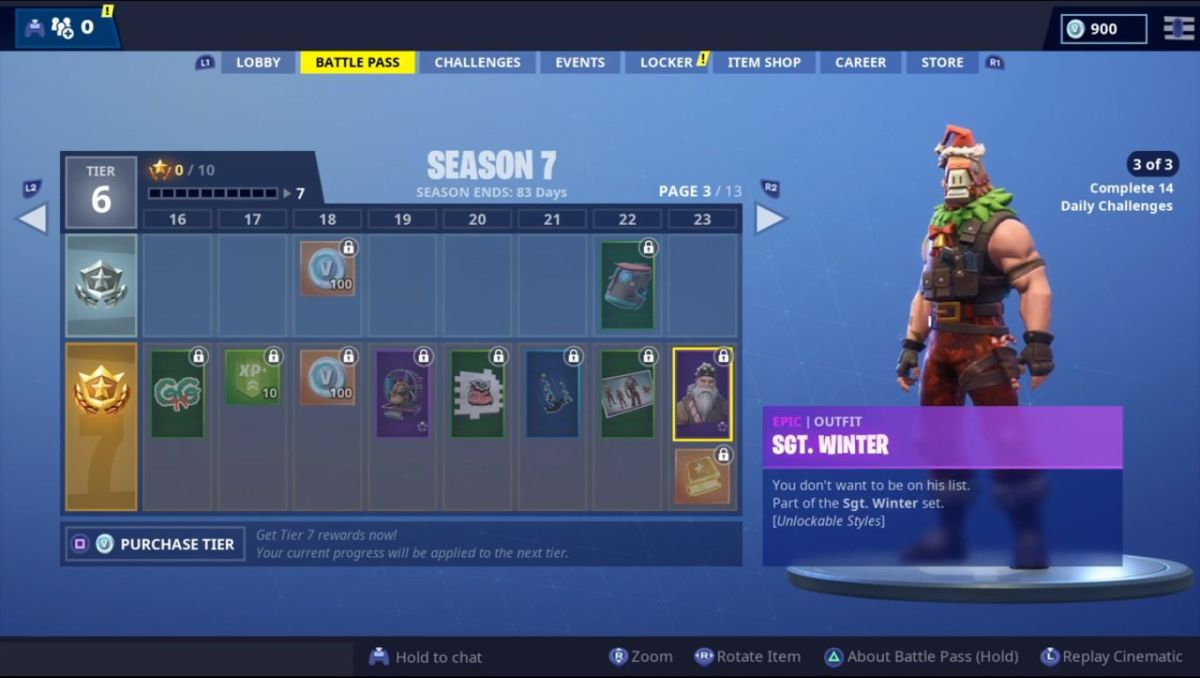 Santa’s had enough of your nonsense, kids. This may just be the best skin out of the whole Battle Pass for Fortnite Season 7, especially as it has two unlockable styles that are both great. You can unlock this on if you buy the Battle Pass bundle — I was almost tempted. 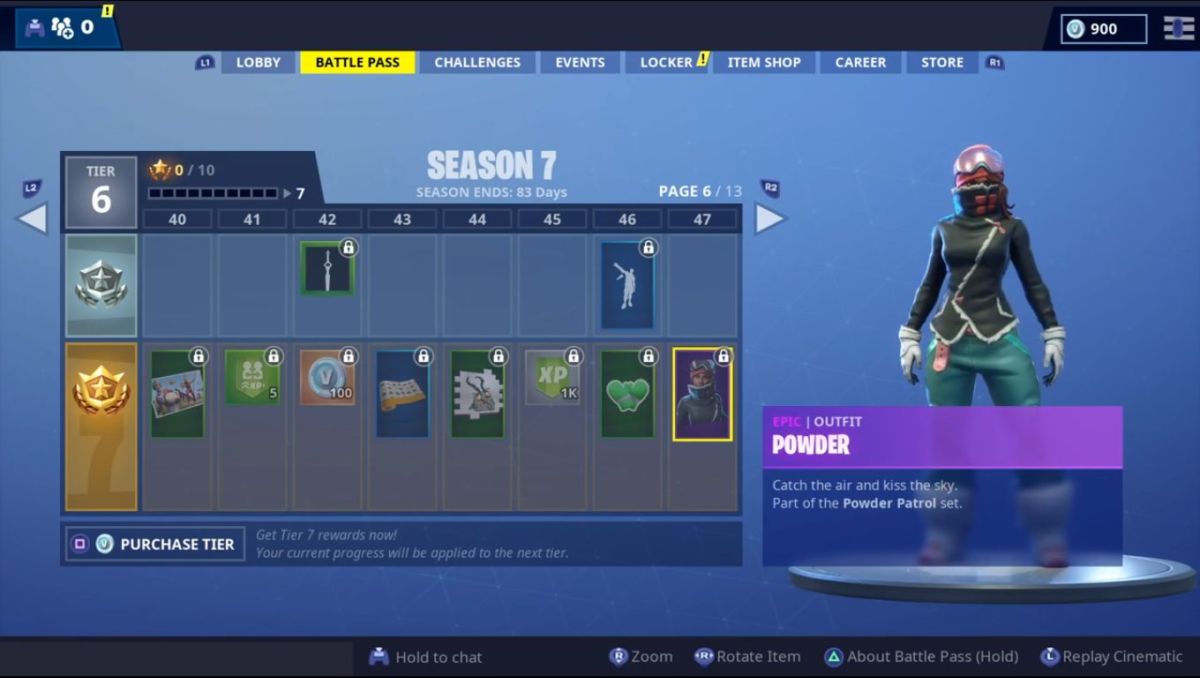 Eh, it’s alright. It’s ultimately just a regular female character wearing some wintry clothes. Probably my second least favourite skin in the Battle Pass, but it’s not terrible. Quite a big gap between this one and Sgt. Winter in terms of tiers. 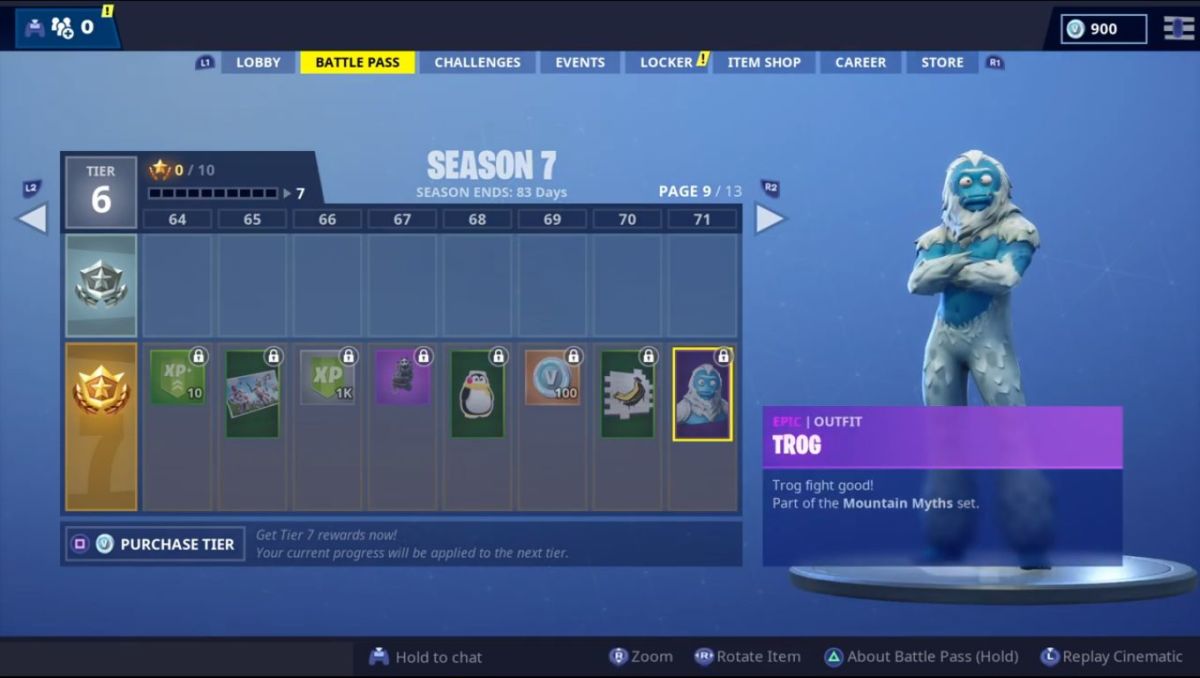 A true beauty. Effectively a yeti, this Battle Pass skin looks like it has eyes that move to charming effect. Expect nine million meme videos. 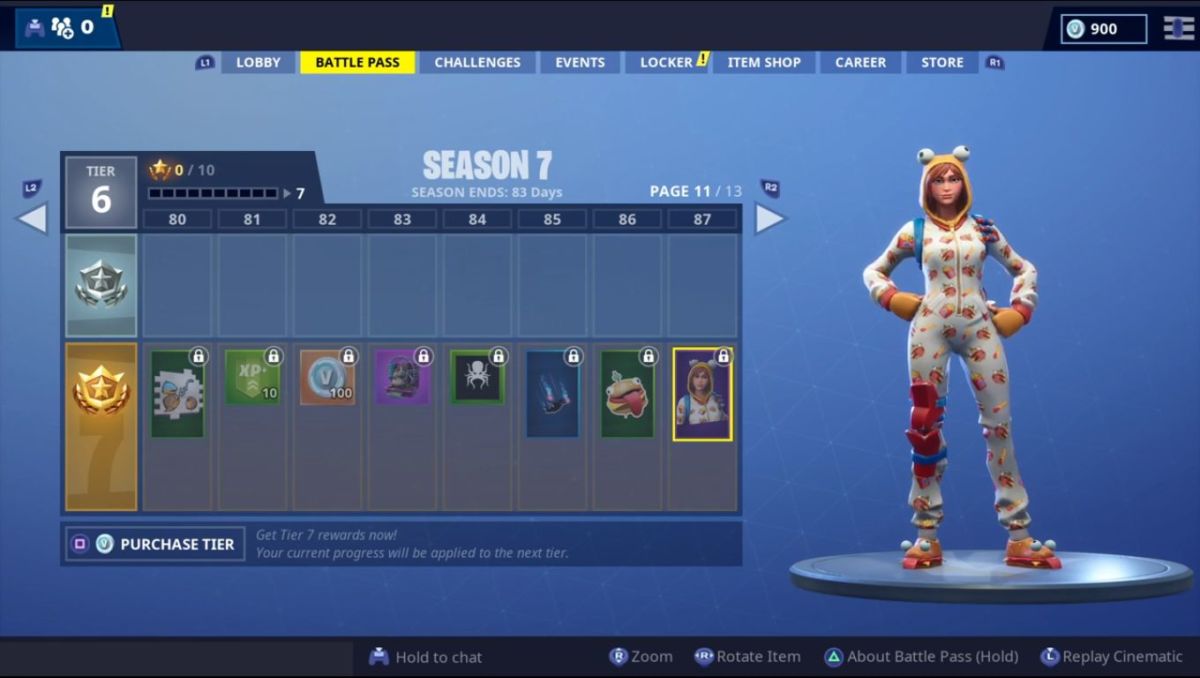 She has landed. After being discovered by leakers many moons ago, the Onesie skin is finally in the game. Looks like you’re going to have to work plenty hard for her, though. I wonder why she a knee brace, and also wonder just how long it will be until the entire Fortnite community has a very sudden thirst. 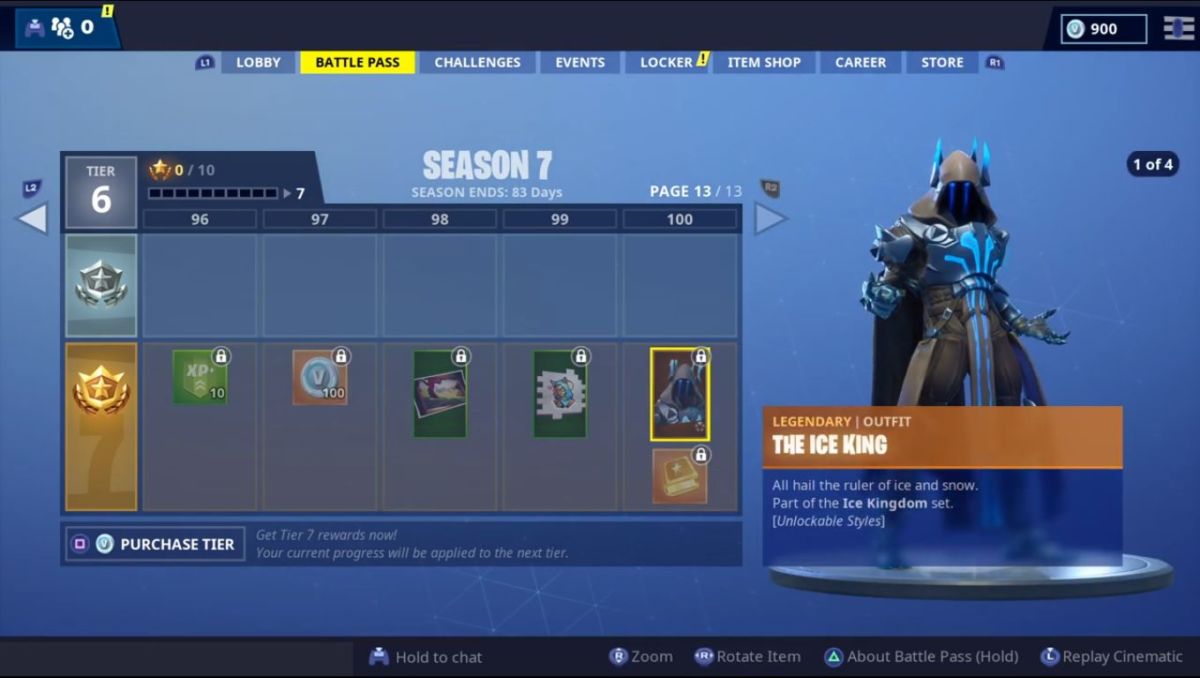 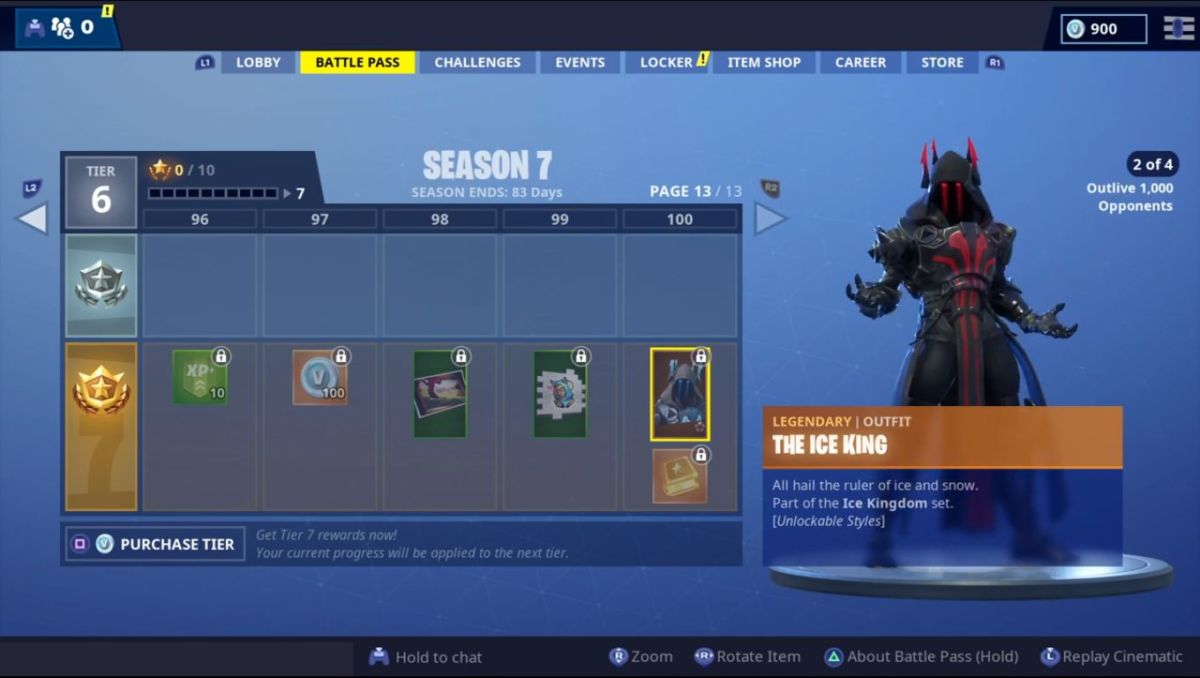 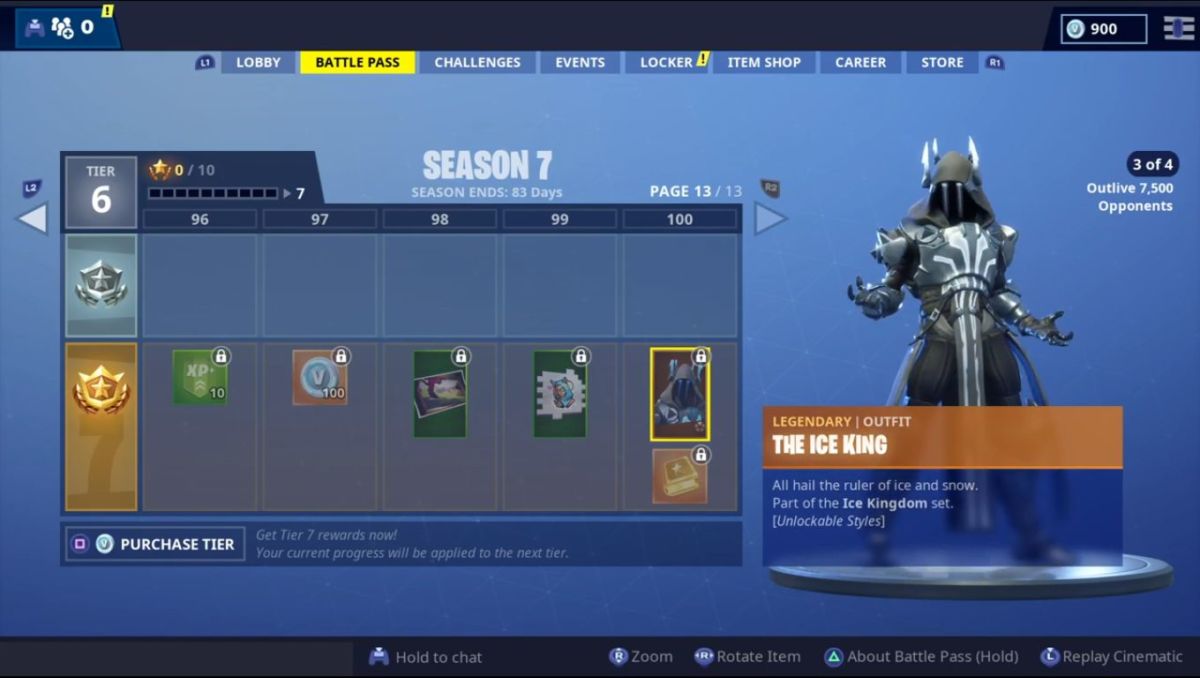 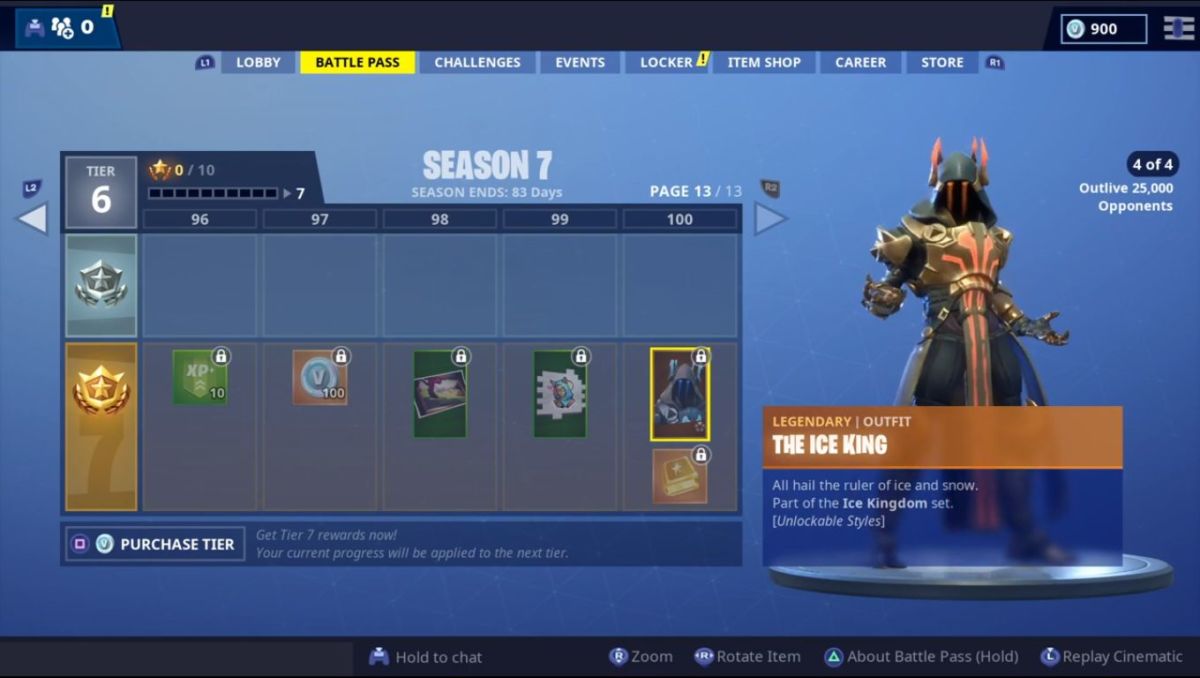 Jeez, there is a lot of work involved with fully unlocking this one. Looking like something ripped straight out of a WoW expansion, The Ice King is an undoubtedly cool skin that will require you to win 250 matches in a row if you want to unlock all of its styles in the quickest way possible. Best of luck!

This could be just about the strongest and most varied Battle Pass we’ve seen yet, especially as it’s actually appropriate to the season. There are no true duds in here and the increase of progressive skins (four instead of two) is impressive and gives players even more opportunities to find the right skin for them.

Your thoughts on the Fortnite Season 7 Battle Pass?