Stuff and thangs to buy. 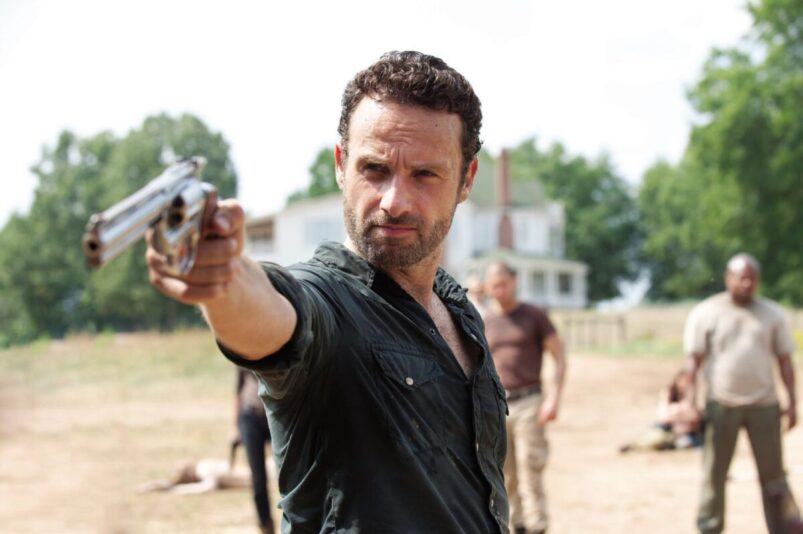 UPDATE: Rick Grimes is out now in the Fortnite Item Shop for 1500 V-Bucks just for the skin, 1900 V-Bucks for the full Rick Grimes Bundle. Players can also get the Walker Club, Sheriff’s Duffle and Crashing Satellite in the set.

ORIGINAL: Following an earlier collaboration that featured Daryl and Michonne, the head honcho of The Walking Dead, Rick Grimes, is now on his way into Fortnite as a skin.

While Rick is no longer a part of The Walking Dead (the show, at least), it’s still hard to separate the long-running series from the character who was its main character for the better part of a decade. Daryl and Michonne are cool, but they’re no Rick.

Here’s everything you should know about Rick Grimes, the latest Walking Dead skin coming to Fortnite and almost certainly not the last.

UPDATE: Here’s our first look at the Rick Grimes skin from a promo image:

Looks like Rick will be wearing his Season 8 attire, though hopefully he will have other styles as well.

ORIGINAL: We don’t yet have 100% confirmation that Rick Grimes is actually coming to Fortnite as a skin, but all the signs are there and it’s so obvious that it’s what Epic is hinting at that it surely can’t be anyone else but Rick.

As part of their tease for Fortnitemares skins, Epic has shared a bunch of cards with hints on the back that suggest what they will be. We’ve seen three of these cards “flip over” so far, and the fourth and last card left is a sheriff’s hat which is the same design as Rick’s. There’s also a rather gnarly looking bat in the card, suggesting that Negan will also be coming to the game.

While it could technically still be someone else or another collaboration, it being Halloween season and a widely requested skin means there’s 99.99% chance this fourth skin being Rick Grimes.

We’ll update this when we get a proper look at the skin itself, which should be based on Andrew Lincoln’s portrayal of the character, if the other two The Walking Dead skins are anything to go by.

Based on the prices of other collaborations, Rick Grimes should cost around 1500 V-Bucks when bought from the Item Shop.

Rick will likely come with other cosmetics as well, maybe even his hat as a back bling or revolver (somehow) as a pickaxe as part of his set. Based on other crossovers, the complete Rick Grimes set should cost 2800 V-Bucks.

The first week of Fortnitemares skin reveals are due to last until October 11th, so expect the Rick Grimes skin to be revealed before the 10th, giving Epic another day of teases and to try and maximise sales of the skins in the Item Shop.

However, due to the fact that they very rarely ever add new skins on Sundays, you should actually expect the Rick Grimes skin to be released in the Item Shop on October 9th, 2021.

If other collaborations are anything to go by, Rick Grimes will be available to buy for at least a week.