Pumpkin 'ell, this thing is everywhere. 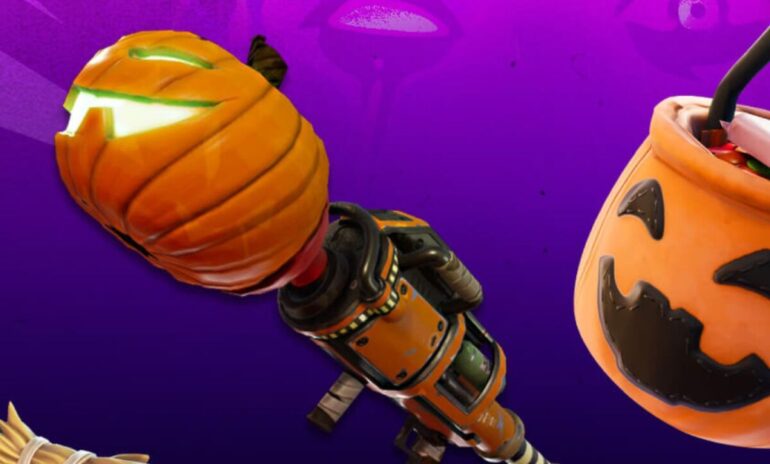 Just in case you thought the normal Rocket Launcher was too rare in Fortnite these days, Fortnitemares 2020 has reintroduced the Pumpkin Rocket Launcher for Halloween and they are absolutely everywhere.

The classic Halloween weapon is available almost everywhere you look, so much so that we don’t even really need to spell out its location for you as you are bound to run into it within a minute of playing. How about the Pumpkin Rocket Launcher stats, though?

As with all explosive weapons, it has a slow reload time to stop spamming and will also damage you if you get too close to the rocket’s blast.

The Pumpkin Rocket Launcher can be found in The Ruins, which used to be called The Agency/The Authority, in the hands of every single one of Midas’ henchmen.

This makes The Ruins an absolute nightmare to land at as there are rockets flying everywhere constantly. We recommend that you harvest some materials before you engage any opponents here to block rockets. Henchmen will shoot the Pumpkin Rocket Launcher even if you are standing right next to them.