Fortnite MrBeast Skin: Price, Release Date & What You Should Know 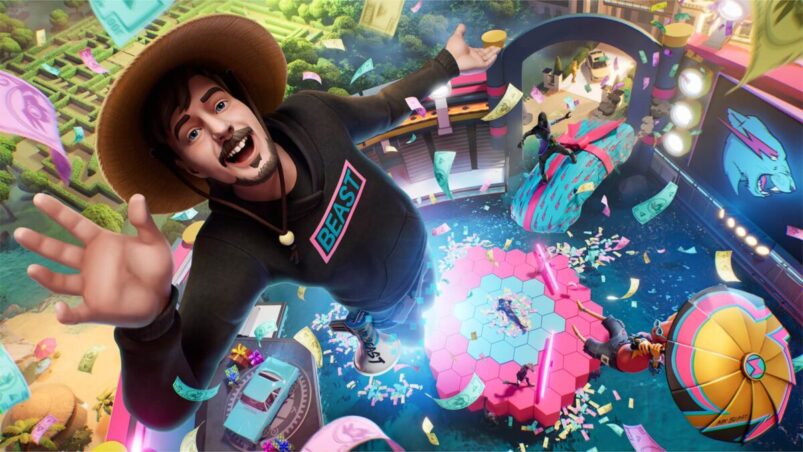 As a game with absolutely massive influence and reach Fortnite has collaborated with a lot of celebrities and creators over the years, but few of them are as popular as MrBeast, the biggest YouTuber on the planet. Based on glimpses of him in the season’s launch trailer, it looks like we might be getting a Fortnite MrBeast skin sometime very soon too as part of the Icon series.

MrBeast, real name Jimmy Donaldson (no, not me), currently has 116 million subscribers on YouTube and rising — and that’s just on his main channel. Cumulatively, MrBeast and his many spin-off brands have by far the biggest presence on YouTube. After making his name with charitable acts in public and on Twitch streams, Donaldson now does everything from putting on huge competitions for big cash prizes, playing Minecraft, and selling burgers.

Here’s everything you should know about MrBeast coming to Fortnite as an Icon Series skin, including when he releases and how much he will cost.

UPDATE: the MrBeast Fortnite skin has officially been revealed. In fact, there will be two different versions: MrBeast and MrBeast 6000.

Here’s the accessories for this set:

– Prize Package Back Bling (reactive, fills up with cash over the course of a match)
– Beast Claw Pickaxe
– Wrapped and Revved Glider

There will also be the Beast Blastin’ Emote alongside both sets, which shows Beast firing cash from blasters. Players can also take part in MrBeast’s Extreme Survival Quests from December 13th to earn the MrBeast Gaming Spray and MrBeast Survival Games Loading Screen by completing quests.

ORIGINAL STORY: We actually already have an idea of how MrBeast will look in-game, as, just like the Hulk, he could be seen in Chapter 4 – Season 1’s launch trailer being pulled towards the island by the Zero Point’s “tendrils”.

He can be seen wearing a MrBeast jumper with grey slacks, which is surely just one of his styles — there’s no way it would end up being as basic as that for a name as big as Donaldson. You will probably get a few different MrBeast styles for this collab, possibly even one with his famous straw hat.

Expect other MrBeast cosmetics too, perhaps even a Beast Burger Back Bling or some kind of circle to fit in with his many challenges. It wouldn’t be a shock to see any of his crew, like Karl Jacobs, also making their way to the game in some way.

As is the case with other content creators who have been a part of the Icon Series, MrBeast 6000 costs 1500 V-Bucks when he arrives in the Fortnite Item Shop. However, just the regular MrBeast skin is actually a fair bit cheaper than that at just 1200 V-Bucks.

UPDATE: the skin has officially been confirmed to release on December 14th, 2022 at 7 PM ET when the Item Shop refreshes. MrBeast is available in the Item Shop right now and will remain there for at least a week.

ORIGINAL STORY: As for when Fortnite will be releasing the MrBeast skin, Epic themselves have taken the unusual approach of confirming that it will release sometime in December 2022 around the same time as My Hero Academia, which is currently rumoured to be releasing on December 16th,

We don’t have a more specific release date than that, but considering that Winterfest 2022 is coming up, the season of giving, and that MrBeast is the master of giving, it wouldn’t be too crazy to see it being released right around Christmas time.

For all of the details on when Beast hits Fortnite, be sure to visit fn.gg/MrBeast.