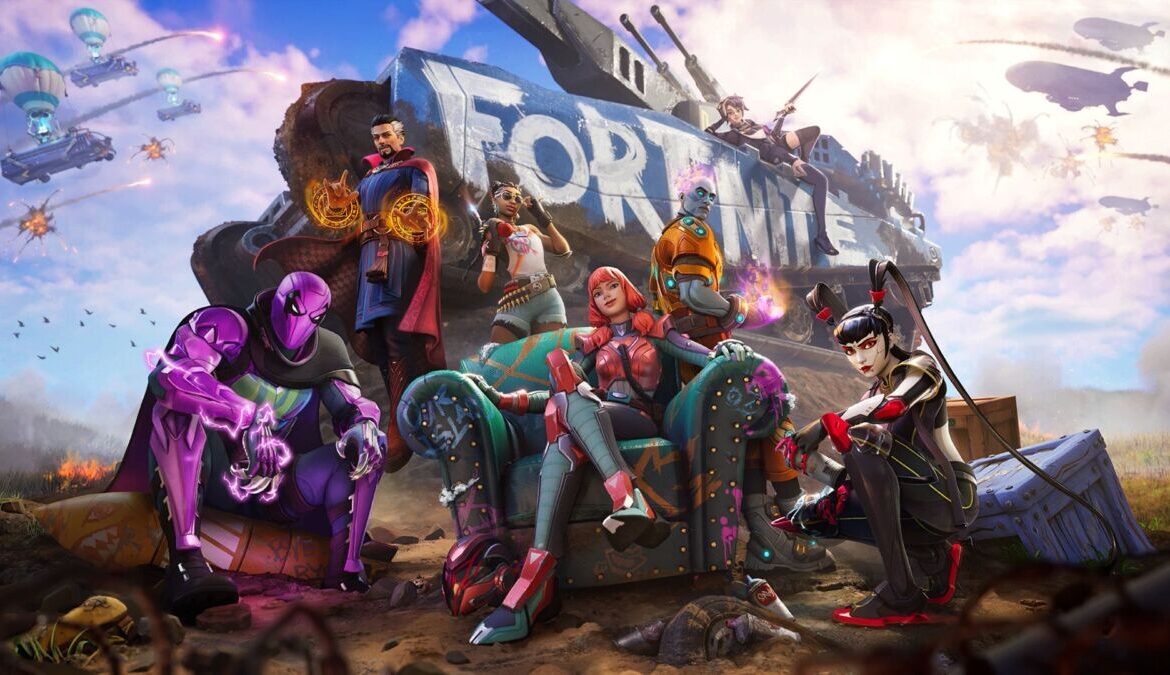 Fortnite: Chapter 3 – Season 2 Story Recap – Everything You Need To Know

The battle was building, and also not.

When the center of all existence houses infinite power, conflict for its control is inevitable. Fortnite’s major antagonist, the Imagined Order (IO), has fired on all cylinders of offense for Chapter 3 – Season 2: Resistance.

The IO continues to bring people from all realities into their Loop of madness, where they’re forced into battle for analysis and cataloging in the name of knowledge. The Seven are against this in every moral way, with the Island’s flip during Season 1 being part of a careful plan to free all existence from this threat.

After Season 1 introduced a lush landscape and the illustrious Scientist as the players’ guy-in-the-chair for quests, this season had even more to offer in terms of traditional narrative content to follow as the war developed. Here’s a recap of everything that’s happened as we lead to the Collider’s activation, and hopefully, reality’s salvation.

As Gunnar leads the IO’s enforcers in drills and tanks, and Doctor Slone disables Building, new members of the Seven — and an old ally — ask for help.

The Imagined cuts tension with her blade and witty banter. She asks for the destruction of Building Jammers that the IO has spread across the Island.

The Origin’s stoicism comes from leading the world-ending faction that is the Last Reality, something he wishes to atone for. He demands a sweep of the battlefield to ensure everything is going smoothly.

John “Jonesy” Jones, former agent of the IO, reveals that the Blimps blocking the sky have been in the works for a while under the Department of Dirigibles — armageddon and alliteration. He requests the deployment of cameras and data scrapers to monitor movement.

Building already returns, with more missions well under way. The IO believe the Seven are developing their own tanks for battle. In reality, Armored Battle Buses and Cow Catchers — recycled metal for cover and clearing paths with vehicles — are their actual plan.

The Scientist requests an entire tank sample for reverse-engineering, while hoping that finding the vehicles’ weakness could be useful for a possible addition to the Loopers’ arsenal.

Doctor Slone monitors from afar, guarding the Fortress drill right at the center of the map. She disapproves immensely of the Seven’s success.

Command Cavern, the IO’s base of operations and entry point to the Island, is guarded by Huntmaster Saber atop its blimp. Gunnar dwells within the cavern itself, using his gauntlet to quickly deter any trespassers.

As battle lines are drawn and R&D begins on both sides of the fight, the first official battle begins at the Daily Bugle.

The IO and the Seven’s forces are rifted in and battle immediately, with players being able to support the Seven’s side by defeating IO troops in waves. Some Legendary loot can be earned if the scuffle is seen to its end.

With the Seven as the victor, overtaking the POI in the process, these battles define the crucial territorial lines that will cement the end of this war.

War never changes, always drawing out further than any side can maintain. Cow Catchers and the now-funded Armored Battle Buses are put to use as the Seven clear path for the battles at other POI chokepoints.

Condo Canyon, Coney Crossroads, Rocky Reels, and Tilted Towers were all IO efforts led by Huntmaster Saber, a feline-themed enforcer so agile that few notice his presence. Yet every single battle was won by the Seven.

Each blimp observing these locations was taken down, with the Imagined wanting to extract information from their servers about her past — something she completely forgot.

With Bars being used to fund the development of old and new weaponry, the long Looper-based effort of collaboration proved to be the better strategy. Turrets were funded to be both on ground and atop other funded equipment — the driveable Battle Buses.

Within the first few weeks, the Scientist realized current technology wouldn’t be enough. The Imagined programmed a communications relay with The Paradigm — a currently shunned member of the Seven over past betrayals — and plans are shared by her for an ol’ reliable in the Seven’s armory: The Anvil Rocket Launcher.

This is one of many steps towards salvation, as the Paradigm is one of the most crucial characters in the entire story — and the Seven are now beginning to realize her capabilities once more.

As a last attempt of gathering hope within their ranks, the Imagined broadcasts a heartfelt message displaying clear approval of whatever the Paradigm plans. Jonesy uses the same loudspeaker systems to diminish the IO’s morale, but to also deliver an equally heartfelt note to Doctor Slone — his former boss — that she can still be redeemed.

The Origin, originator of most Paradigm-related doubts within the Seven, recruits the Looper into the most elite squadron of the group: Covert Ops. The Looper’s skills are described as impressive, even used as an example to other soldiers in training.

Tilted Towers was saved, not without immense wreckage, but the neighboring Loot Lake wasn’t as fortunate. With Jonesy using knowledge gleaned from monitoring the location, he compares the technology seen to what he once witnessed within the IO’s Doomsday Division.

The Collider is built. The Seven task the Looper to gather the two keys necessary for its activation, and on their way, its actual purpose is found in simulations. Total destruction of everything within the Loop — a fresh start for the IO’s megalomaniacs.

Now, with the Collision live event being confirmed for June 4th, it’s only a matter of time until the machine is destroyed or successful in the spectacle.

At least within this madness, one of the Seven’s priorities was teaching Peely how to drive. Sure, the IO’s records show he owes thousands of Bars for his countless traffic infractions, but he did his best.