Get the F Out. 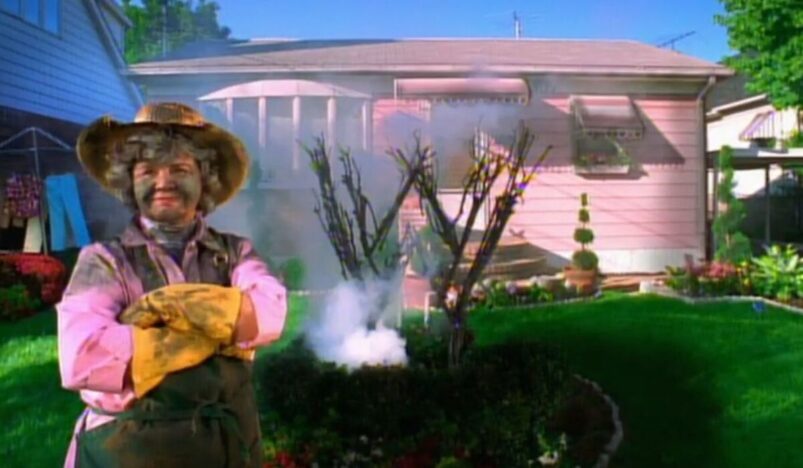 WWE Get The F Out

In terms of television, the name change came abruptly. On Saturday, May 4th, 2002 the UK-only Insurrextion pay-per-view took place under the WWF banner. Skip forward two days later, however, and the RAW emanating from Hartford, Connecticut began with an old lady trimming a hedge into the traditional WWF logo. Some clipping and lighter fluid later, we had lost the ‘F’ and were introduced to the slogan “Get the F out”. Jim Ross then welcomed the audience by describing the upcoming broadcast as being presented by “World Wrestling Entertainment”, despite still wearing a shirt emblazoned with the WWF logo.

It was a period of change in more ways than just getting the F out. It had been over a year since both WCW and ECW ceased to exist and numbers were falling rapidly. As a result, the company had become a mishmash of WCW rehashes, worn-out Attitude Era stars, sexual exploitation, and attempts to create new stars a year or so too late.

The main storyline running throughout RAW involved the nWo. In February, Vince McMahon had brought Hollywood Hulk Hogan, Kevin Nash and Scott Hall back to the company, decked out in the black and white of the New World Order. It was a shocking reveal, but the angle ran out of steam almost immediately. Within weeks, Hogan was back in the red and yellow, Nash was out of action, and Hall was visibly struggling with his personal demons.

By May 6th, their days were numbered. X-Pac and the Big Show had joined the group (with Shawn Michaels also briefly being involved) but the previous day featured the infamous Plane Ride From Hell, which would result in Scott Hall losing his job the day after this edition of RAW, meaning no original member was left on television.

Hall spent his last day on the job promising RAW owner Ric Flair that the nWo had a surprise which would change the show forever. This turned out to be Ric Flair turning on Stone Cold Steve Austin at the end of a six-man main event in which the pair teamed with Bradshaw against Hall, X-Pac and Big Show, reimagining the Austin vs. McMahon storyline that had been the focus of the Attitude Era. Despite the talent, the feud was an obvious rehash and contributed to a disgruntled Austin walking out of the company the following month.

The other major issue taking up time on the show focused on the now World Wrestling Entertainment Undisputed Champion Hulk Hogan. The Hulkster had ridden a nostalgia wave to a sixth heavyweight championship, but the bloom was quickly coming off the rose, as evidenced by the ratings: after a short lived return to the mid-5s in the immediate aftermath of WrestleMania X-8, RAW was down to a 4.6 by this edition and would fall even further to a 3.9 the next week.

Hogan started this night stealing the motorcycle of his upcoming opponent the Undertaker. ‘Taker was in the midst of his underappreciated ‘Big Evil’ phase, but the Hogan feud was a bust. Nothing quite worked between the two, as evidenced by Hogan being unable to drive the motorcycle up the ramp to chase the Undertaker backstage. Hogan appeared anachronistic by this point: he cursed his way through the arena threatening the Deadman, coming across as someone trying to be edgy rather than someone who fit in with the more adult-orientated direction of the company as it became WWE.

That direction also included titles changing each week with abandon. On this edition of RAW, William Regal claimed a fourth European title by defeating an injured Spike Dudley, while the night opened with a No-Disqualification Women’s Championship match between holder Jazz and the rapidly improving challenger Trish Stratus, which descended into a run of Hardcore title changes that briefly saw Stratus herself lifting the belt.

That was very much like the 24/7 escapades of modern-day WWE, but very much unlike today’s product were the constant references to “puppies” by commentator Jerry Lawler, Molly Holly being portrayed as a heel because she wouldn’t flaunt her body, and man-on-woman violence throughout the Hardcore melee.

Away from these uncomfortable moments and misfiring storylines, there were encouraging moments. Young talent was on display in a tag match featuring future World champions Rob Van Dam, Eddie Guerrero, Jeff Hardy and Booker T, who was also starting his fondly remembered partnership with Goldust, trying to escape the Golden One in a 7-Eleven. And most successfully, we were just over a month into the WWE career of one Brock Lesnar. Overflowing with athleticism and power, the Next Big Thing decimated Shawn Stasiak in the same brutal manner he does twenty years later.

Despite Scott Hall’s claims that it would be a night that would change the company forever, the first ever edition of WWE programming was more of a historical curiosity than a game changing show. By SummerSlam, the nWo was gone for good, Stone Cold Steve Austin had taken his ball home, Ric Flair was not only a wrestler again but also a babyface, the Bradshaw main event push was forgotten about for another two years, and Hulk Hogan had quit — it was a tumultuous time in the company, both on-screen and off. Twenty years on, the May 6, 2002 episode of RAW wasn’t a great spectacle, but has a place in history as the first television show to sport the name World Wrestling Entertainment.

READ NEXT: Insurrextion 2003: Looking Back At WWE’s Last UK Pay-Per-View