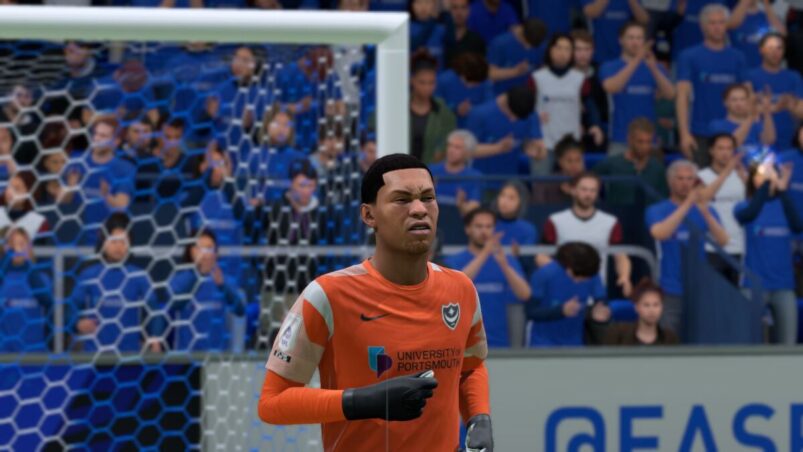 While not the most exciting players to sign in FIFA 22, there’s something to be said for buying a wonderkid goalkeeper on the cheap as you know they could be your starting goalkeeper for years and years to come.

If you’re looking to save some cash and have a dependable pair of hands who could stay between the sticks for years in your Career save, here are the FIFA 22 wonderkid goalkeepers you should be snaffling up for very little money at all.

A mainstay FIFA wonderkid for a couple of releases now, Maarten Vandevoordt is probably the goalkeeper you want to sign in FIFA 22. He starts off with a 71 rating, which is more than decent enough for most sides as a back-up, but he also tonnes of room for growth. Pick him up for very little and get a lot back in return.

Charis Chatzigavriel is a very weird player in FIFA 22, as very little real life info exists on the player and he actually starts as a free agent who randomly signs for a club across Europe. While you will have to wait before signing him, his contract is only a year long, so you will still be able to nurture his talent from the age of 18. Check out that growth potential.

Doğan Alemdar is just all-round solid goalkeeper at only 18, with decent positioning and reflexes helping him to get across goal. His distribution isn’t great and he really needs to work on his kicking in general, but if you’re looking for just a solid second choice in the lower leagues, he might be your guy.

Easily the best thing about Anderlecht’s Bart Verbruggen is his height. Coming in at 6 foot 4 inches, he’s up there with Donnarumma in terms of height, though he sadly isn’t quite as good in FIFA 22 and likely won’t ever be. However, considering he’s still only 19, is super cheap to buy, and also seems quite mobile for a tall goalkeeper, he’s worth picking up all the same.

It really feels like FIFA and football games in general have more faith in Gavin Bazunu being a star than Manchester City, his actual club in real life. Whether he reaches his potential or not is another topic, but in FIFA 22 he remains a cheap goalkeeping wonderkid who will help drag you up the leagues, especially thanks to his room for growth.